Chart based on estimates retrieved from National Statistics Online, for the years 1991-2008. Red is under Labour, blue under the Tories and purple was an election year with a switch in May.

New Labour and mass immigration was as prominent political topic in the United Kingdom throughout the duration of the New Labour regime. In October 2009, it emerged in newspapers such as The Times,[1] The Telegraph and the Daily Mail, that New Labour had supported mass immigration for political gain.[2][3][4][5] It was triggered by comments from former government advisor Andrew Neather, claiming that the Labour Party from 2001 onwards, set about a deliberate policy of encouraging mass third world immigration, to socially engineer a "multicultural" society.[6][7][8][9][10] with the alleged principle political aim of undermining the base of their opponents the Conservative Party.[11][12] Between 1997—2010 from between 3 and 5.2 million immigrated to mostly native working-class communities.

The Shadow Home Secretary, Chris Grayling called it "utterly disgraceful" for Labour to base immigration policy on party politics and Damian Green has demanded a full inquiry.[13][14] Various other politicians from across the parties voiced similar stances, including Liberal Democrats Shadow Home Secretary, Chris Huhne. MPs such as dissident Labour back-bencher Frank Field and Nicholas Soames of the Conservatives also said "It is the first beam of truth that has officially been shone on the immigration issue in Britain." Jack Straw denied there was a "secret plot".[15] The news was censored by the BBC and on Wikipedia.

Uncovering of details pertaining to a policy paper Migration: An Economic And Social Analysis, authored in 2001 during the Blair Ministry by Labour "think-tank" the Performance and Innovation Unit, is what created the controversy. The ensuing controversy created by the scandal, led to a public apology by Home Secretary, Alan Johnson of the Labour Party (authored by Neather) over government handing of immigration issues. Although denying "a plot", Johnson admitted that the government policy and handling in the area had been maladroit.[16] According to the British media, this is a major political shift by the government, with the Home Office "admitting they got it wrong" for the first time.

The scandal broke when Andrew Neather, a former government advisor, who worked for Jack Straw and as a speech writer for Tony Blair, authored an article in the London Evening Standard on 23 October 2009. The article dealt primarily with a policy paper published by the Home Office, then headed by Jack Straw in January 2001. The paper—named Migration: An Economic And Social Analysis—was produced by Labour think-tank the Performance and Innovation Unit, its primary author was "civil servant" Jonathan Portes, a speechwriter for Gordon Brown and senior aide to Cabinet Secretary Gus O'Donnell. Neather claimed that in the earliest drafts he saw, there was a driving political purpose, "that mass immigration was the way that the Government was going to make the UK truly multicultural". After discussions during the process of the paper's creation, Neather said that he had come away with a sense that a secondary purpose was "to rub the Right's nose in diversity and render their arguments out of date".

Barbara Roche the Minister of State for Asylum and Immigration 1999—2001, who made pioneering relaxations of immigration policy in the United Kingdom, made a speech in September 2000, authored by Neather outlining new policy based on the developing paper. A news report by the Daily Mail suggested Roche's drive may have been an attempt to restore her image amongst the left, after being labelled a "scumbag" for criticising gypsy street beggars. Neather stated that many Labour ministers were nervous to discuss it openly, due to what it would mean "above all for Labour's core white working-class vote" as in the paper the "social outcomes it talks about are solely those for immigrants". In the media such as the Daily Express, it has been reported that the aftermath was then used to deride the Tories as "racist". Specifically during the 2001 electoral campaign in which Labour won, William Hague was accused by Labour strategists of "playing the race card" after claiming that Blair was turning Britain into a "foreign land". When the next Conservative Party opposition leader Michael Howard visited Burnley in 2004, stronghold of the BNP, denouncing Labour's position on so-called "asylum seekers", he too was called "racist" by Labour.

The scandal reaped condemnation from across the parties and a call for an inquiry. Chris Grayling, the Shadow Home Secretary of the Conservative Party said before the House of Commons, that is would be "utterly disgraceful" for Labour to base immigration policy on party politics.[17] Damian Green the shadow minister for immigration has demanded a full inquiry. Liberal Democrats Shadow Home Secretary, Chris Huhne said: "The shambolic control of our borders over the last 10 years has left a legacy which creates social tensions." Members of Parliament, Frank Field (himself a dissident Labour back-bencher) and Nicholas Soames of the Conservative Party said "It is the first beam of truth that has officially been shone on the immigration issue in Britain." Field continued, "I am speechless at the idea that people thought they could socially engineer a nation on this basis." Jack Straw denied that there was a "secret plot" and Neather himself since the emergence of the scandal has attempted to retract.

Sir Andrew Green, chairman of MigrationWatch UK said: "Many have long suspected that mass immigration under Labour was not just a cock up but also a conspiracy. This Government has admitted three million immigrants for cynical political reasons." Peter Hitchens, the high-profile conservative author, called the controversy "a slow-motion New Labour putsch" claiming that "The Blairites' aim was to undermine and get rid of traditional conservative British culture. They really did want to turn Britain into a foreign land."[18]

A few days after the initial Neather revelation, a second related immigration scandal charge was levelled at the Labour Government.[19][20][21][22] It was revealed that the same Performance and Innovation Unit think-tank set up by then Prime Minister Tony Blair had initially authored a report warning that the new immigration policies had "opened up new opportunities for organised crime". The party then removed (refered to in the media as "censored" or "airbrushed") such segments from the report due to being nervous that it would be exploited by political opponents. Damian Green, the shadow immigration minister, said: "With every day that passes it becomes increasingly clear that the Government tried to deceive the British people about immigration policy. This is a disgraceful episode." Phil Woolas, the government's immigration minister, representing the Labour Party claimed that his party had been tougher on immigration than the Conservatives under John Major. Shadow Home Secretary Chris Grayling said: "This is fast turning into the most scandalous political cover up in recent time. Ministers are clearly in a state of complete denial about what appears to have happened." 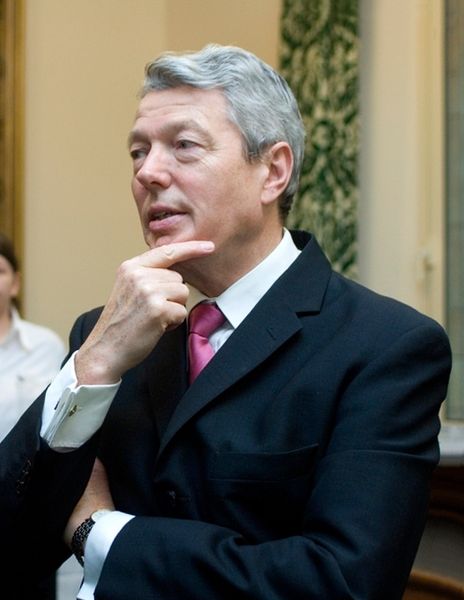 On 2 November 2009, Alan Johnson, former trade union leader and the present Home Secretary since June 2009, called a press conference and issued an apology for the Labour Party's immigration policy, though continued to deny there was a direct "plot".[23] According to a report by Michael White of the The Guardian, Johnson's speech was contributed by Andrew Neather as an attempt to create a "less polarised dialogue", in regards to the scandal which had emerged surrounding 2001 paper, Migration: An Economic And Social Analysis.[24] In the speech Home Secretary Johnson said "I accept that governments of both persuasions, including this one, have been maladroit in their handling of this issue".[25] However Johnson protested against laying the blame soley at Labour's door, asserting that earlier Conservative governments were also implicated, "The legacy problems with unreturned foreign national prisoners and asylum seekers may have accumulated under previous administrations, but they continued to be ignored for far too long on our watch."[26]

The reception of Johnson's apology was mixed.[27] A former Labour Home Secretary John Reid said that it was a "honest appraisal"—an assertion The Press Association repeated.[28][29] Despite his apology, the BBC reported that Johnson said stopping all immigration was "no sensible argument", while advocating intergrationism.[30] While Sir Andrew Green of MigrationWatchUK, said: "This apology is three million immigrants too late. Labour have secretly encouraged mass immigration so as to engineer a huge change in our society in the full knowledge that it would be totally against public opinion."[31] Chris Grayling, the Shadow Home Secretary, responded; "What we need is a tightly controlled system with much lower levels of immigration and an annual cap on the number of people who come to live and work here."[32] He also accused Johnson of flip-flopping, "three months ago he said he isn't losing sleep over immigration. Now he's admitting that its putting massive pressure on many communities". The Liberal Democrats, via Chris Huhne said the change had come too late, stating "The Government has jeopardised this country's traditionally liberal stance by disastrous mismanagement of our borders."[33]