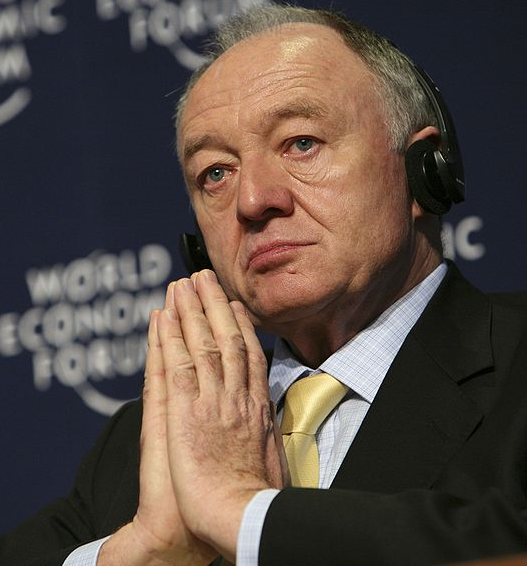 Kenneth Robert Livingstone (born 17 June 1945), better known as Ken Livingstone and sometimes referred to as "Red Ken", is an English politician who served as the Leader of the Greater London Council (GLC) from 1981 until the council was abolished in 1986, and as Mayor of London from the creation of the office in 2000 until 2008. He also served as the Member of Parliament (MP) for Brent East from 1987 to 2001. A suspended member of the Labour Party, he was on the party's hard left, ideologically identifying as a democratic socialist.

In an interview with Something Jewish he speculated that he might have Jewish ancestry. His maternal grandmother might have been a Jewess which would make him Jewish according to Jewish religious laws. "I mean, because it runs through the maternal line if it turned out to be true I could go and stand for the Knesset, couldn’t I? In Israel I could be elected, no problem. [...] As I said, religion has played no part in my life. But it would be fun to know. Then I could be a self-hater, couldn’t I?"[3][4]

In April 2016, Livingstone commented publicly on the suspension of Labour MP Naz Shah; she had been removed from the party after it was revealed that she had forwarded a satirical map on Facebook suggesting that Israeli Jews should be relocated to the United States.[5] Livingstone stated that Shah's postings, which were made before she became an MP at the 2015 general election, were "completely over the top" and "rude",[6] although he did not deem them anti-Semitic.[7] He asserted that there is a "well-orchestrated campaign by the Israel lobby to smear anybody who criticises Israeli policy as antisemitic",[8] and also stated that Adolf Hitler "was supporting Zionism before he went mad and ended up killing six million Jews".[6] Livingstone was subsequently suspended from Labour Party membership "for bringing the party into disrepute".[9]

Livingstone was sacked in Spring 2016 by LBC (originally the London Broadcasting Company). He was quoted by The Daily Telegraph as saying this was because of his comments about Hitler.[10] With the former Conservative minister David Mellor, Livingstone had co-hosted a Saturday morning current affairs programme on LBC for 8 years.[10]

Part of this article consists of modified text from Wikipedia, and the article is therefore licensed under GFDL.
Retrieved from "http://en.metapedia.org/m/index.php?title=Ken_Livingstone&oldid=418943"
Categories: