From Metapedia
(Redirected from ANL)
Jump to: navigation, search

The Anti-Nazi League was an antifa group set up and run by the Trotskyite Socialist Workers Party in Britain.

It was at its height between 1977 and 1981. The initial sponsors included Peter Hain (a former Young Liberal leader; then the communications officer of the postal workers' union UCW, more recently Labour Party Secretary of State for Northern Ireland), Ernie Roberts (deputy general secretary of the engineering union AUEW) and Paul Holborow a member of the SWP. 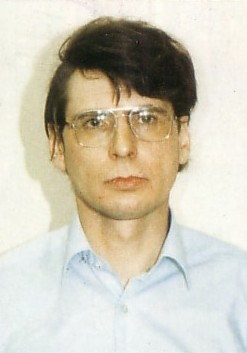 Dennis Nilsen, a famous serial killer who belonged to the ANL.

The Anti-Nazi League was directed by the SWP and was essentially a front organization for the party. Several trade unions sponsored ANL including, oddly, the Indian Workers Association. Neil Kinnock, Leader of the Labour Party, also openly supported the organization. Most of the ANL's activities in the 1970s were in opposition to the British National Front, an organization then led by John Tyndall. The ANL also campaigned against Colin Jordan's much smaller British Movement which was openly National Socialist. The League targeted NF and British Movement members in particular, though the League was primarily anti-police, and became known for its violent street-fighting gangs, referred to as "squads". These were formed first in Manchester and then elsewhere, with the aim of assaulting NF members — and the police, whom they saw as 'instruments of fascism' — on every possible occasion. This was not the only tactic used by ANL squadists: one of them, Steven Tilzey[1], was imprisoned for kidnapping a young skinhead in his efforts to discover the address a family of NF activists then living in Lancashire.

In 1976 the Anti-Nazi League sponsored two giant Rock Against Racism concerts involving bands such as The Clash, Stiff Little Fingers, Steel Pulse, Misty in Roots, X-Ray Spex and Tom Robinson. This campaign was started in by Sunday Times photographer Red Saunders, after Eric Clapton declared support for Enoch Powell and shouted the popular NF slogan — "Keep Britain White" - at a concert in Birmingham. Another impetus to Rock Against Racism was David Bowie’s 'racist' and 'pro-Nazi' declarations (including "Adolf Hitler was one of the first rock stars") in 1976. 'Rock Against Racism' enjoyed support from pop, rock, and reggae, but it overlapped with the punk movement to a significant degree, and its 'Carnival Against the Nazis', organized jointly with the ANL in 1978, included groups such as The Clash, Buzzcocks, Sham 69, X-Ray Spex, and Generation X. Other punk groups supported later festivals.

Yet it was not the Anti-Nazi League that eventually stopped the National Front, but Margaret Thatcher, who during the 1978-9 General Election campaigns talked of the British people feeling "swamped" by alien immigration and promising to rectify this. As a result by May 1979 many former Conservatives, who had defected to the NF, rejoined the Conservative Party bringing that party victory in the General Election, and the NF, afflicted by internal problems, went into sharp decline.

By 1981 the ANL had thoroughly discredited itself because of its violent squadism, and was finally disbanded by the Socialist Workers’ Party, which expelled ANL members from the party. Some elements within the ANL opposed the closing of the organization especially those described by the SWP as squadists, but this failed.

After the expulsions, some of these elements then formed Red Action, grouped around a newspaper of the same name that was sold in Left-wing bookshops. Red Action was mostly Irish, pro-IRA, and anti-police. One of Red Action’s leading members, Patrick Hayes, who was English, was involved in street fights against NF members from the beginning, and later ran an IRA bombing campaign. When he was finally arrested in 1993, the police found Semtex, handguns, ammunition, and electronic detonators in his basement flat, plus keys to a north-London garage filled with home-made explosives.

Red Action provided leaders for Anti-Fascist Action (AFA), a group formed in 1985. Violence and illegal activities were at the center of the AFA’s strategy and it criticized the old ANL for not having been confrontational enough with the National Front and for having co-operated with 'bourgeois' groups linked to the state. These included the Labour Party and even such 'anti-racist' but non-violent publications as the communist magazine Searchlight. AFA intimidated groups and individuals they subjectively deemed 'fascist'. In 1988, Red Action developed a musical arm called Cable Street Beat, which organized concerts and published an occasional magazine. The bands had a strong DIY (“do it yourself,” meaning independently produced and marketed)/punk flavour and included The Men They Couldn’t Hang (folk punk), The Neurotics (punk rock/post-punk), Attila the Stockbroker (folk punk), The Blaggers (Oi!/punk rock), Angelic Upstarts (Oi!/punk rock).

In 1992 the Socialist Workers Party relaunched the Anti-Nazi League due to the electoral successes of the British National Party. In 2003 the ANL merged into Unite Against Fascism alongside other groups such as the National Assembly Against Racism.

In April 1979, an ANL member, Blair Peach, died following a violent agitation at Southall against a British National Front election meeting. Police had sealed off the area around Southall Town Hall, and antifas trying to make their way there were blocked.

In the ensuing confrontation, more than 40 people (including 21 police) were injured, and 300 were arrested. The antifas hurled bricks at police, who described the rioting as the most violent they have handled in London. Among the demonstrators was Blair Peach, a middle-class individual from New Zealand. During an incident in a side street 100 yards from the town hall, he was seriously injured and collapsed, blood running down his face from serious head injuries. He died later in hospital.

The Anti Nazi League alleged that this was from a police truncheon and cried "police brutality" but this has never been proved. An inquest jury later returned a verdict of misadventure, a martyrology was established and Blair Peach remains a symbolic figurehead. Campaigns continue for a public inquiry into his death. A primary school in Southall bears his name.

The early ANL many members of the Labour Party, including Peter Hain, a Member of Parliament. The ANL had links with many Trade Unions.

See the Antifa article on general criticisms of antifa groups.