From Metapedia
(Redirected from Ranks (Wehrmacht))
Jump to: navigation, search 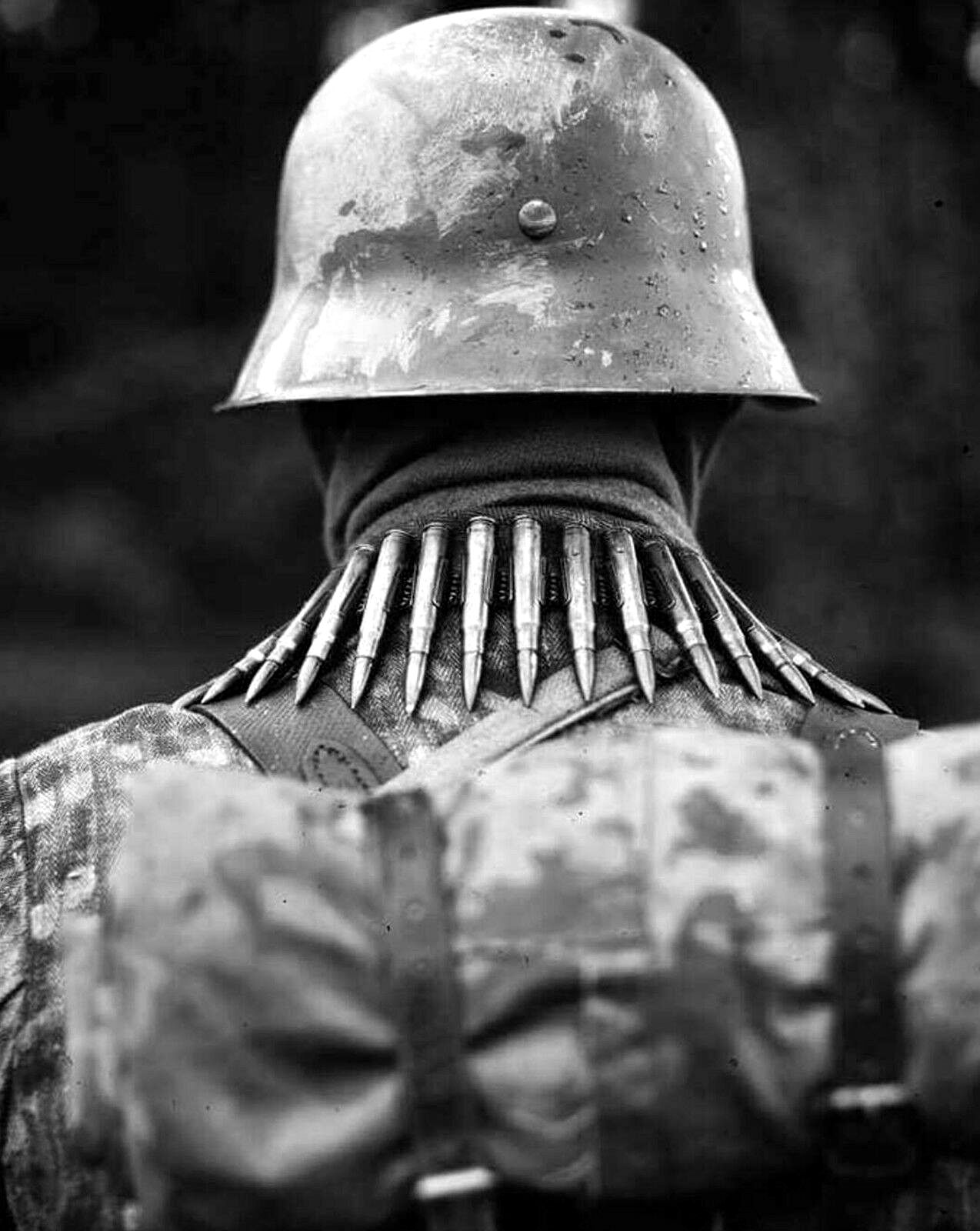 The German Army (1935–1945) (German: Heer) was the land forces component of the Wehrmacht made up mainly of infantry, but also of artillery, pioneer, Panzer troops etc. The German name is similar to Deutsches Heer, the name of both the modern German Army (Bundeswehr) and German Army (German Empire). See also Reichswehr, which included the Reichsheer. 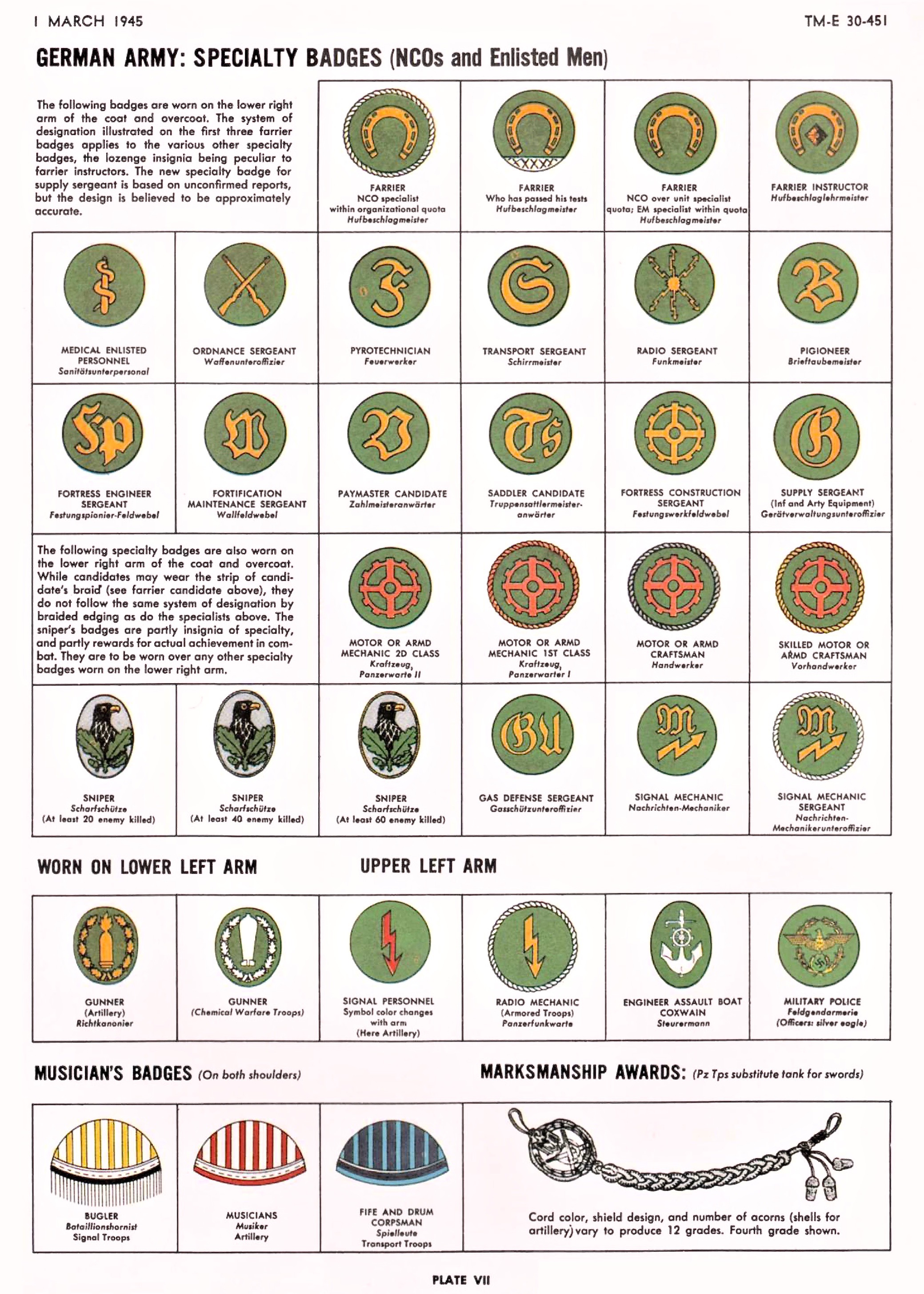 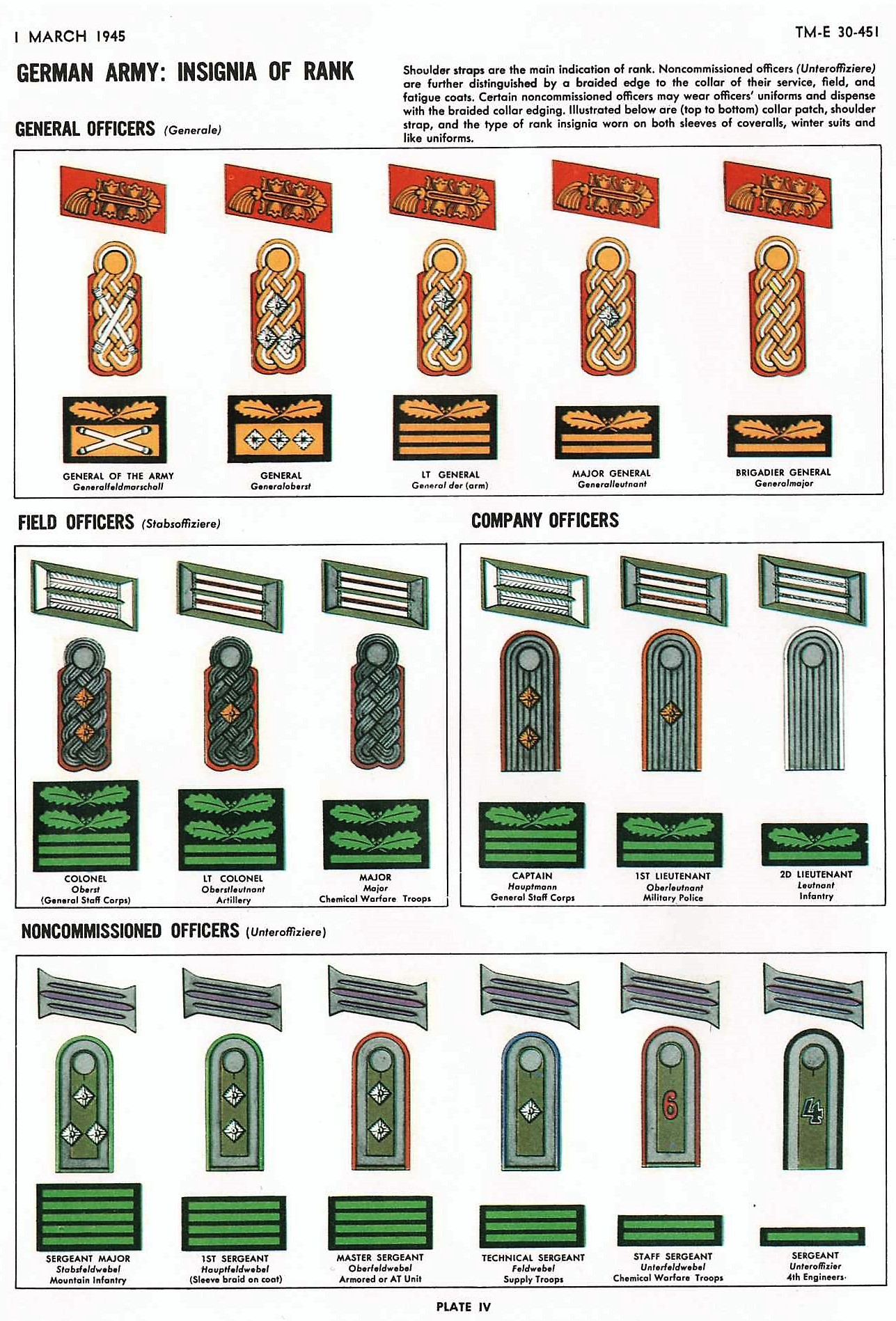 After World War I, the Treaty of Versailles abolished conscription in Germany, reduced the size of the German army to 100,000 volunteer troops, sharply limited Germany’s surface fleet, outlawed its submarine fleet, and forbade the creation of a German air force. When Adolf Hitler rose to power as chancellor of Germany in 1933, he moved quickly to roll back these restrictions. He began developing German military aviation under the cloak of civilian production, and he worked with manufacturers to expand German military capacity. Krupp, for example, masked its tank program under the guise of tractor construction. After the death of Pres. Paul von Hindenburg on August 2, 1934, the offices of president and chancellor were merged, and Hitler became supreme commander of German armed forces. German Minister of War Werner von Blomberg, an ardent Hitler supporter, changed the oath of service for German troops; rather than pledging to defend the German constitution or the fatherland, they now swore unconditional obedience to Hitler. On March 16, 1935, Hitler reintroduced conscription, effectively making public his previously clandestine rearmament program. The German army would be increased in size to 550,000 troops, and the Reichswehr of the Weimar Republic would be renamed the Wehrmacht. While the term Wehrmacht would most often be used to describe German land forces, it actually applied to the entire regular German military. The Oberkommando der Wehrmacht (OKW; Wehrmacht High Command) was designed to exercise command and control of the three branches of the Wehrmacht—the Heer (army), the Luftwaffe (air force), and the Kriegsmarine (navy)—each of which had its own high command.[1] 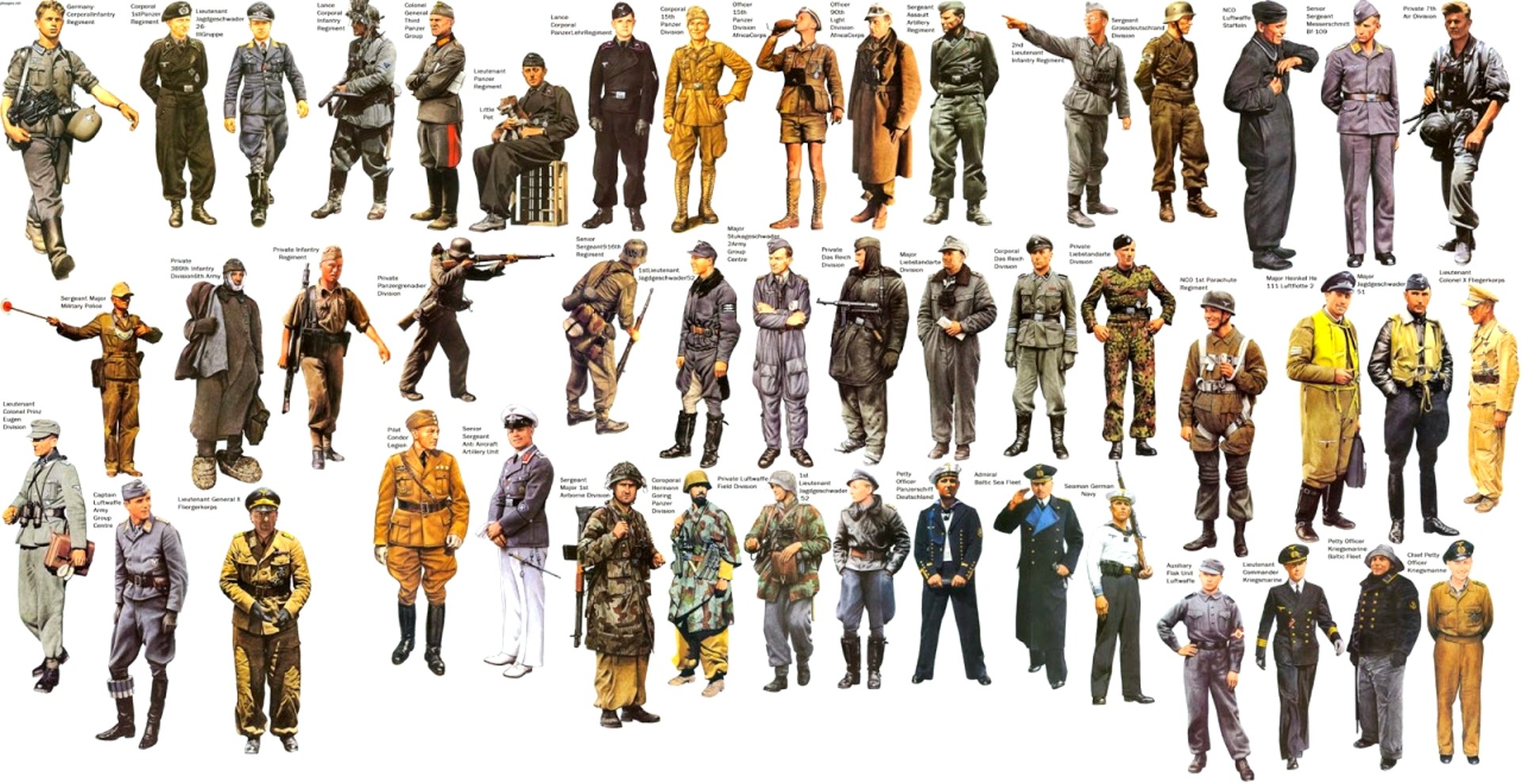