Helmut Bernard Franz Bechler (b. 2 June 1898 in Grün,[1] Amtshauptmannschaft Auerbach, Kingdom of Saxony, German Empire; d. 9 January 1971 in Kassel, FRG) was a German officer of the Imperial German Army, the Freikorps, the Reichswehr and the Wehrmacht, finally Generalmajor of the Heer during World War II and Recipient of the Knight's Cross of the Iron Cross. After the war he was a Lutheran lay preacher. 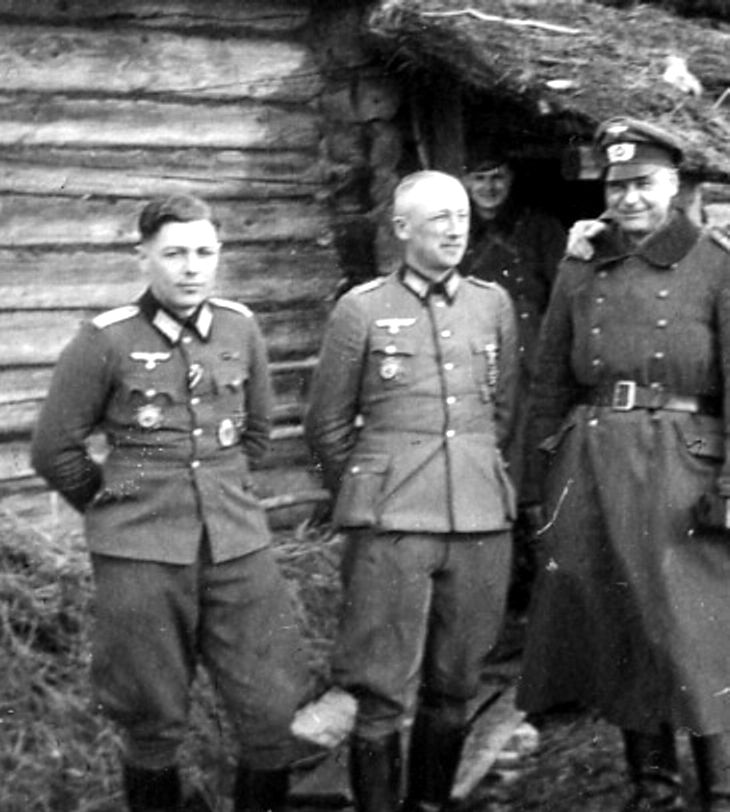 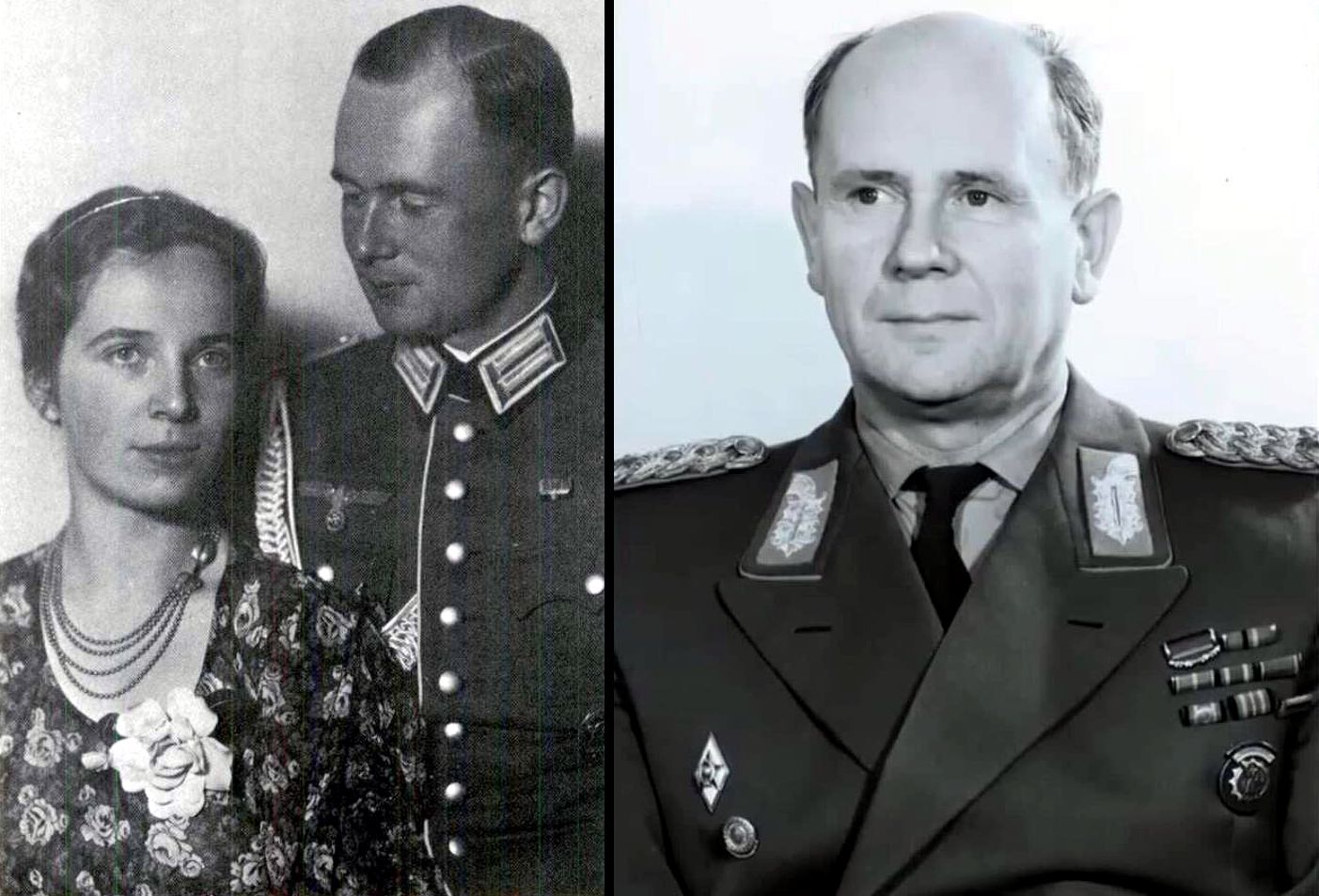 Helmut Bechler's younger brother, Bernhard Max Bechler (b. 9 February 1911 in Grün; d. 30 November 2002), to the left with his wife (∞ 7 May 1938) Margret,[2][3] was an "unconditional National Socialist" and Major of the Wehrmacht, decorated with the German Cross in Gold.[4] He was taken prisoner at the Battle of Stalingrad on 27 January 1943 as commander of the I. Battalion/Grenadier-Regiment 29, became a traitor of his comrades in a Russian Gulag (member of the "National Committee for a Free Germany") and then labeled himself an "anti-fascist". He made his career in the GDR and would become a Generalmajor of the Volkspolizei. The brothers detested each other, Helmut remained a passionate anti-communist. 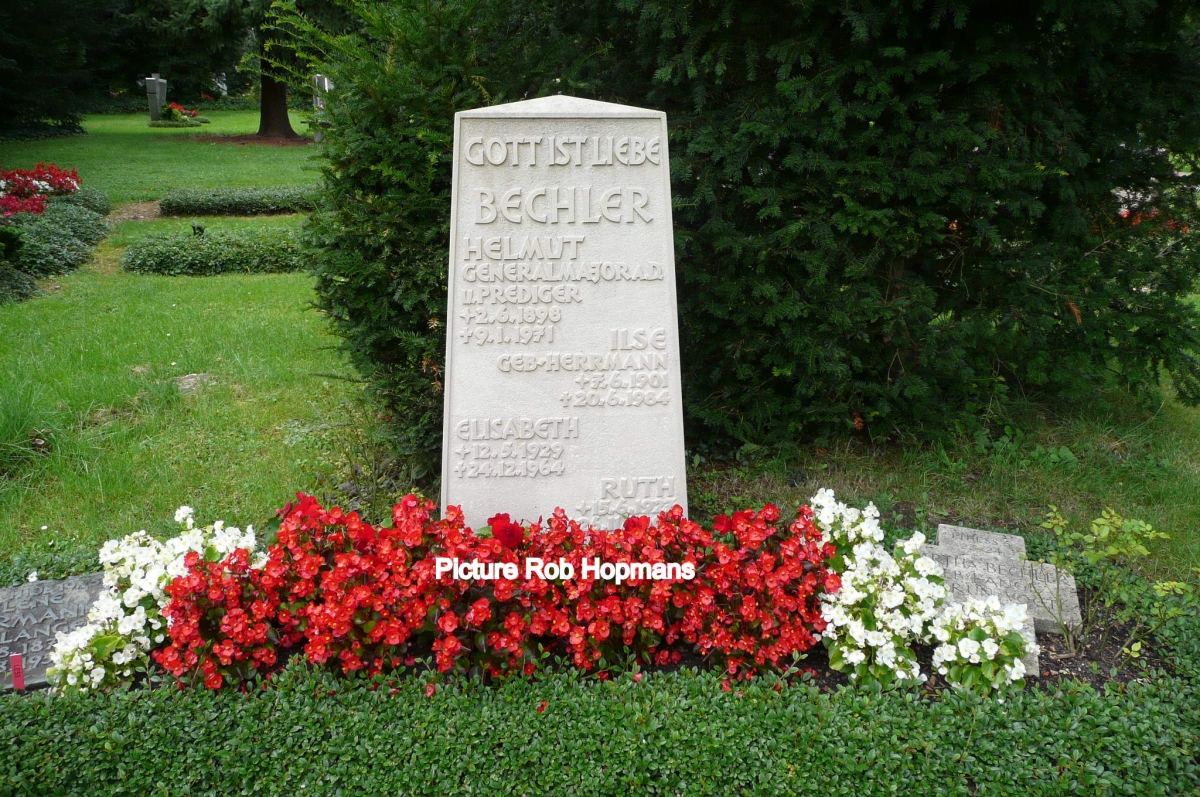 The Knight's Cross was awarded for Bechler's leadership while his Division was fighting in the Kamenets-Podolsky pocket.

On the night of the 9./10.3.1944, the Grenadier-Regiment 504 was tasked with occupying the village of Sapadinzy (located 3 km to the east of the Schepetowka—Proskurow road). Its mission was to hold this village and prevent the enemy from reaching the road while the bulk of the Korps (i.e. 3 Divisionen) were retreating along it. As the first regimental elements arrived they were surprised by the sudden appearance of Soviet armour. Acting swiftly himself, Oberst Bechler was able to stabilize the situation with the immediately available elements of his unit (some 30 men). He then used the follow-up regimental elements to create a defensive front in the extended village and was ultimately able to hold Sapadinzy for three days against all Soviet attacks, some of which were supported by tanks.

Bechler would be recognized appropriately for this brave and important operational victory.

Bechler was a Russian POW for a short while, was released, was arrested twice without cause by the Soviet occupation force, until finanly, in June 1948, he succeeded to escape to the West Zone. He lived in the city of Kassel, with many fellow Generals, like Generalmajor z. V. Friedrich von Both (1871–1945), Commandant of the Troop-Exercise-Grounds at Wildflecken, Generalleutnant der Luftwaffe Walter Friedensburg (1889–1959), Generalmajor der Artillerie Friedrich "Fritz" von Buch (1876–1959), Inspector for the Officers-Training in the Staff of the Commanding General of the Training and Replacement Troops of the Parachute-Army, and many more.

Helmut Bechler died at the age of 72 in 1972 in Kassel. He is buried with his wife Ilse, née Herrmann, who died age 86 in 1987, and his daughters Ruth (b. 1927) and Elisabeth (b. 1929). Lying to the left of the grave is Helene Herrmann, née Lange, Ilse's mother. Nearby the grave of his fellow Generals on the cemetery of Niederzweren in Kassel (Friedhof Niederzwehren in Kassel).