Hans Schmidt (b. 14 March 1895 in Bayreuth, Kingdom of Bavaria, German Empire; d. 28 November 1971 in Weiden in der Oberpfalz, FRG) was a German officer of the Imperial German Army, the Reichswehr and the Wehrmacht, at last Generalleutnant of the Heer during World War II and Recipient of the Knight's Cross of the Iron Cross.

Hans Schmidt joined the Königlich Bayerisches 7. Infanterie-Regiment „Prinz Leopold“ of the Royal Bavarian Army as part of the Imperial German Army on 10 August 1914 as an officer candidate (Fahnenjunker). On 24 June 1915 he was promoted to lieutenant in the Königlich Bayerisches Reserve-Infanterie-Regiment Nr. 23. As such, he was then deployed as a company officer. In World War I he was not only wounded, which was reflected in the award of the Wound Badge in Black. During the First World War he was awarded both Iron Crosses and other awards. After the end of the war he was accepted as a lieutenant in the Vorläufige Reichswehr. In the 200,000-man transitional army in the spring of 1920, he belonged to the 46th Reichswehr Infantry Regiment.

On October 10, 1944, during the Battle of Hürtgen Forest, he relinquished his command of the division (officially commander until 22 November 1944, but deputized by Knight's Cross recipient Oberst, later Generalmajor, Helmut Bechler) due to his wounds and was again transferred to the Führerreserve. On October 16, 1944, he was awarded the Knight's Cross of the Iron Cross for his previous work. In mid-December 1944 he was appointed commander of the new 275th Infantry Division in the Flensburg area. With this he was then transferred to the Eastern Front. He remained in command until the division was destroyed in the spring of 1945 in the Halbe pocket (Kessel von Halbe).

On May 6, 1945, Schmidt was taken prisoner of war by the British near Tangermünde. It is said that he was finally handed over to the US-Americans, which was not unusual, presumably for use by the Operational History (German) Section of the Historical Division of the United States Army. Released from captivity in 1947, he took up residence in Weiden in the Upper Palatinate. On 21 December 1953, he became a corps ribbon wearer (Corps) at Guestphalia Erlangen. He worked successfully as an insurance salesman until 1970. In his hometown of Bayreuth, he was chairman of the Bavarian Soldiers' Association (Bayerischer Soldatenbund) for many years. 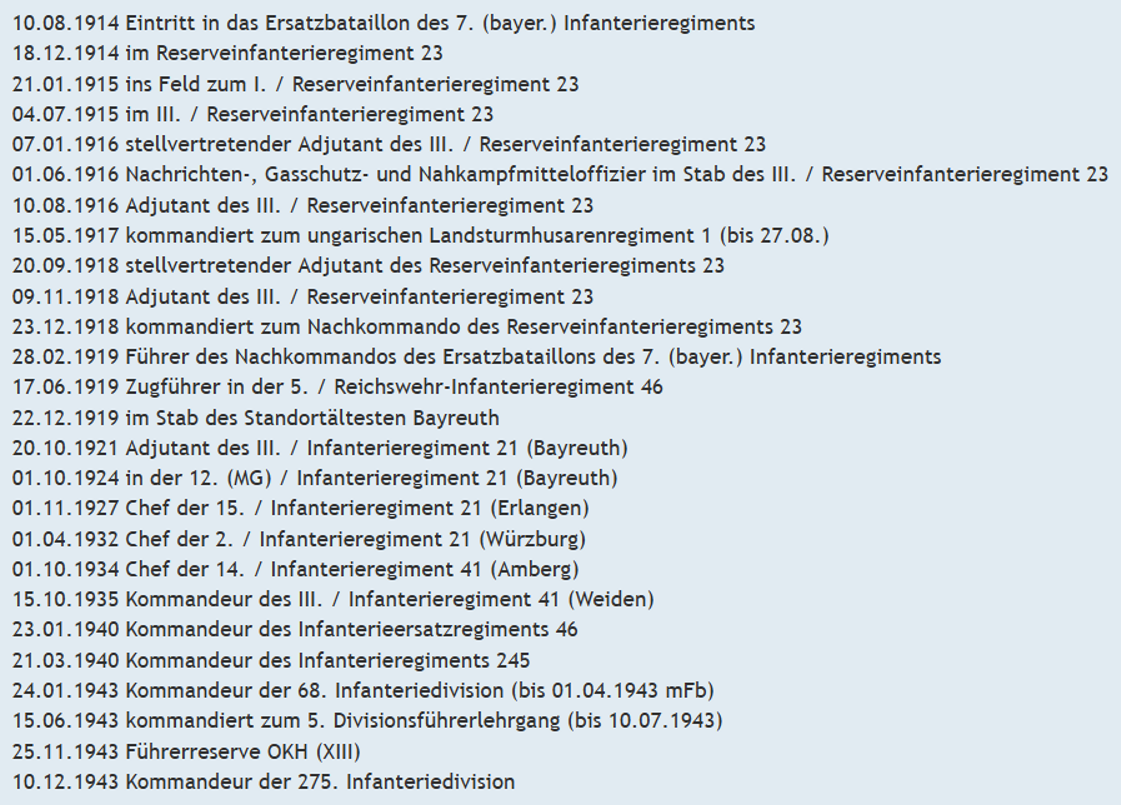