Ernst Christof Friedrich Zündel (24 April 1939 – 5 August 2017) was a German-born publisher and author. He was involved in many legal proceedings and imprisoned for several years, first in Canada and then in Germany, for the peaceful expression of Holocaust revisionist views. 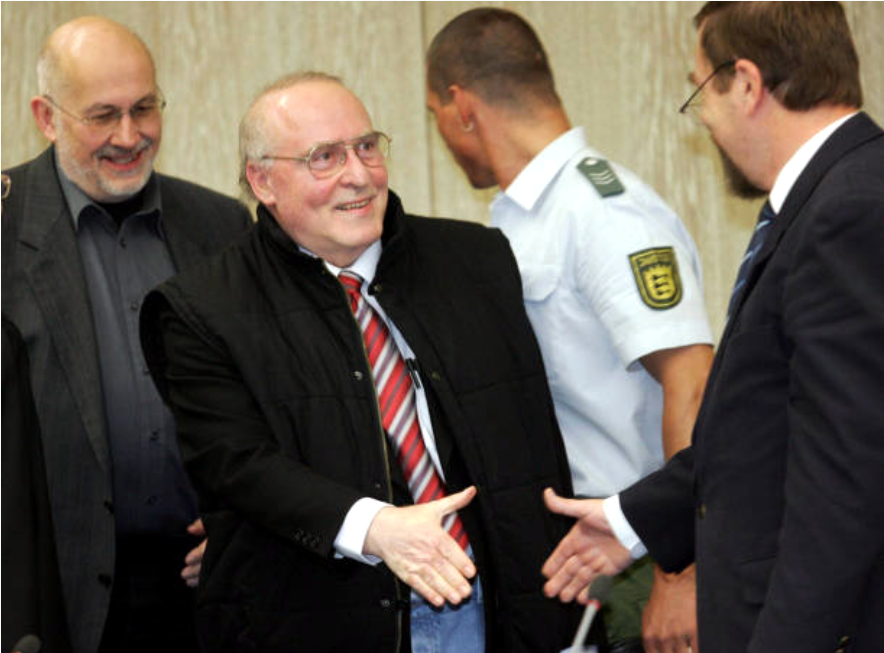 Ernst Zündel was born in a small town in the Black Forest region of south-western Germany. A devoted pacifist, he emigrated to Canada at the age of 19 rather than be conscripted into the German military. Settling in Montreal, he soon married, was the father of two sons, and became a Canadian citizen. His career as a graphic artist, photographer, photo retoucher, and printer was successful.

He later in life dedicated himself to the great task, as he saw it, of redeeming the sullied reputation of his fellow Germans. Through his Samisdat Publishers‎, he distributed worldwide a prodigious quantity of revisionist material.

Zündel is probably best known for his central role in the Ernst Zündel's Holocaust trials of 1985, 1988, and 2005. He was brought to court in Toronto on a charge of "publishing false news", and specifically for publishing a reprint edition of Richard Harwood's booklet entitled: Did Six Million Really Die?, originally published in England by Historical Review Press.

Zündel's two lengthy trials - the 1985 trial lasted two months, and the 1988 trial lasted four months - have been the closest thing anywhere to full scale debates on the Holocaust issue. For the first time ever, "Holocaust survivors" and exterminationist Holocaust historians were closely and critically questioned under oath about their claims and views.

He continued his campaigns for justice and truth, and on September 19, 1992 was in London to address, with David Irving and Gregory Lauder-Frost, a Clarendon Club meeting of over 300 people on "The Media - Friend or Enemy of our Freedoms".[2]

Returning to Canada, his position there continued to deteriorate, and in 2005 Judge Pierre Blais stripped Zundel of his citizenship and ordered his deportation to Germany after a corrupt and unjust court case, rife with conflict of interest - Blais was a former federal Minister of Justice in charge of the Canadian Security Intelligence Service. Zündel was then tried again in Germany and imprisoned for Holocaust Denial.

Zündel was released on 1 March 2010, five years after his deportation to Germany.[3] A small celebration took part with Günter Deckert, Lady Renouf, Rigolf Hennig, Herbert Schaller and others.

Following the end of his prison term, Canadian Minister of Public Safety Vic Toews reiterated that Zündel will not be permitted to return to Canada. "In 2005, a Federal Court judge confirmed that Zündel is inadmissible on security grounds for being a danger to the security of Canada," Mr. Toews said in a written statement adding that, "The decision reinforced the government of Canada's position that this country will not be a safe haven for individuals who pose a risk to Canada's national security."[4]