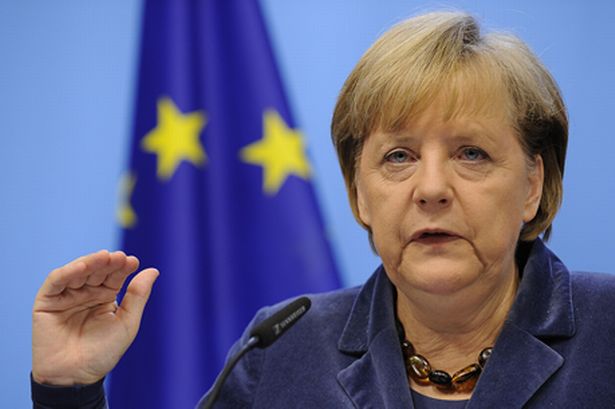 Merkel was born in Hamburg in West Germany, moving to East Germany as an infant when her father Horst Kasner, a Lutheran clergyman, received a pastorate at Perleberg, in Brandenburg. She herself obtained a doctorate in quantum chemistry in 1986 and worked as a research scientist until 1989. In 2008 Merkel received the Charlemagne Prize "for her work to reform the European Union". The prize was presented by Nicolas Sarkozy. In 2008 she also received, like Helmut Kohl in 1996, the "Europe Award of Merit-Medaille" from B'nai B'rith.

Merkel's government's decision in 2015 to permit entry into Germany of well over one million illegal aliens from the Third World was heavily criticised by Donald Trump, then President of the United States of America, who himself was fighting mass illegal immigration in his country.[1] Merkel's position on immigration into Germany was publicly condemned by the Alternative fur Deutschland Party: "The AFD calls for an end to mass immigration, we want to leave the Migration and Refugee Pact, and we support repatriation of migrants. We reject refugee quotas. The AFD demands full sovereignty and secure borders."[2]

However, in December 2015 Merkel surprisingly announced that multiculturalism was "a sham" and did not work, and that greater kerbs would be placed upon immigration into Germany.[3]