From Metapedia
(Redirected from Skinheads)
Jump to: navigation, search 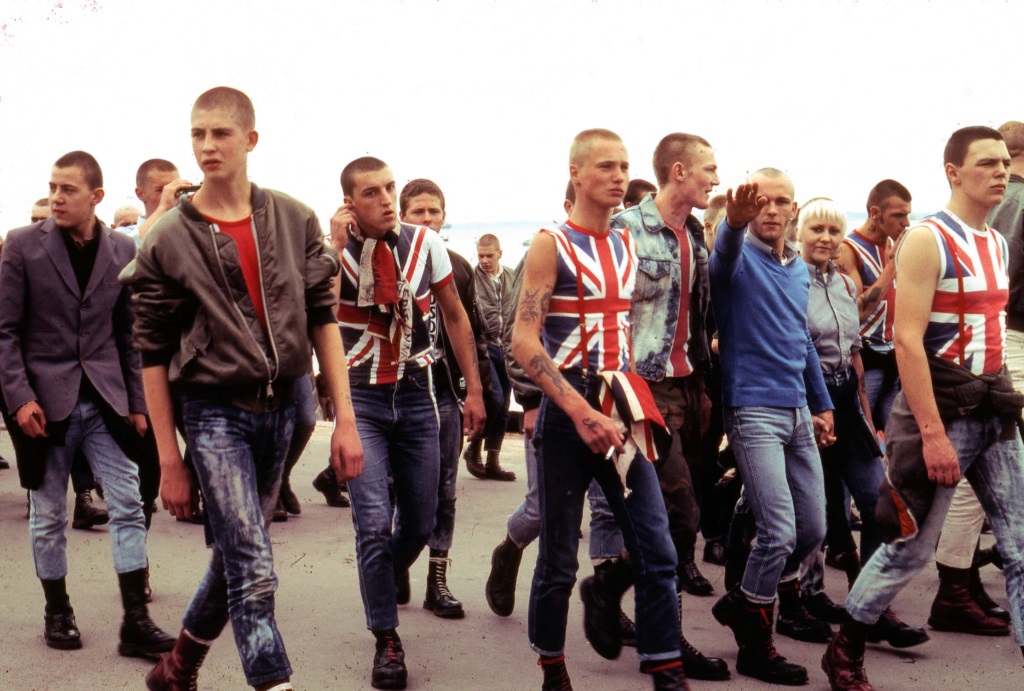 The skinhead subculture is a youth working class subcultural movement which emerged in the United Kingdom during the late 1960s. 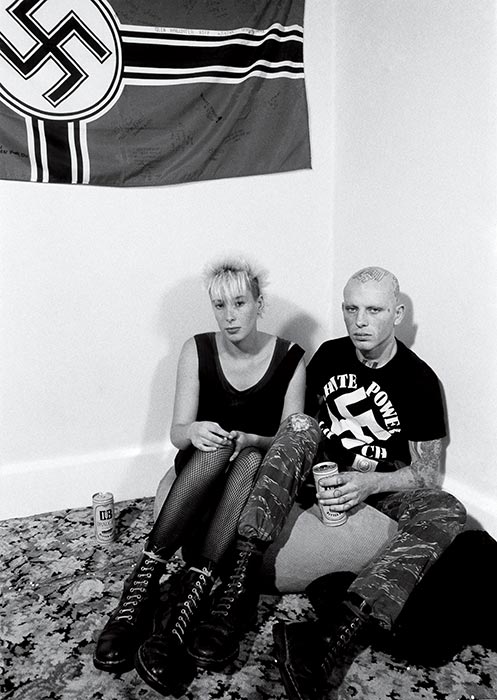 The name refers to the closely shaven hair (this was partly for utility when working in factories). As for other subcultures, skinheads tend to use certain forms of clothing, listen to certain forms of music, and so on. These tendencies have varied over time and vary for different groups of skinheads. Some skinheads are apolitical. Some may describe themselves as "Skinheads Against Racial Prejudice" (SHARP). However, the most known skinheads are those critical of the mass immigration (affecting the working class in particular) and who support ideologies such as White nationalism.

The politically correct stereotype of skinheads include elements such as "Nazism", violence, heavy alcohol use, stupidity, and making unprovoked attacks on groups such as immigrants. This image has become a favorite of "anti-racists", who like to associate everything "far-right" with this stereotype as a form of guilt by association.

This stereotype is also part of Hollywood Nazism and numerous politically correct films involving White skinheads and depicting them very negatively. It is just one of several rather politically correct stereotypes of Whites, also including examples such as "hillbillies", "rednecks", and "White trash". On the other hand, negative stereotypes involving non-Whites, or just dubious associations with such stereotypes, such as long ago having used blackface make-up without having enacted any stereotype, is considered extremely politically incorrect and offensive and may destroy a White individual's life, one example of politically correct double standards.

As for actual criminality, all alleged crimes involving skinheads have a tendency to be attributed to ideological "Nazi" motives and with the skinhead(s) as being the unprovoked attacker(s). This despite many alleged crimes not involving any such ideological motives and/or the skinheads not being the perpetrators. Some far left antifa groups have openly declared policies of and brag about violently attacking "racists" and as such may often be the attackers in conflicts with skinheads.

This is rarely mentioned in the politically correct media, which tend to be heavily biased in favor of "anti-racism" activists. Conflicts with immigrants may involve skinheads being attacked by immigrants. Many alleged crimes may be completely unrelated to any form of politics, but despite this in politically correct media and statistics be described as or implied to be skinhead "far right" crimes.

Organizations such as the SPLC and the ADL have often in their reports made claims of increasing skinhead activity, possibly as a suitable bogeyman in order to scare donors into giving large donations, despite the long-term decline of the skinhead subculture, at least in the United States and Western Europe.