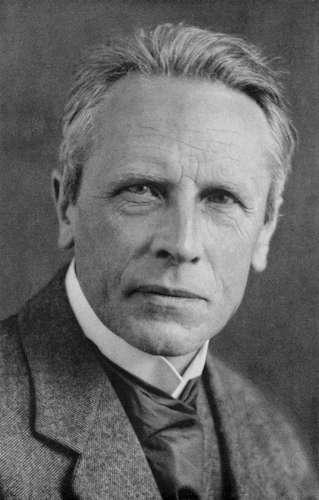 Ludwig Klages (10 December 1872 – 29 July 1956) "has become one of the twentieth century’s most unjustly neglected thinkers. Born in Hanover, Germany, in his youth he was one of the founders of the Cosmic Circle in Munich, which was centered on the ideas and poetry of Stefan George. He went on to become an important critic of the trends in philosophy, psychology and society of his day, and was often praised even by his adversaries. Klages rejected the modern world that he saw in development, calling instead for a renewal of civilization based upon the ideas of ancient Greece and German Romanticism. Klages was also responsible for making the unconscious the focus of modern psychology, and for introducing such terms as the “Id” and the introvert-extrovert scale to the discipline, although others were destined to take credit for these discoveries. He was honored by the German government with a Festschrift in conjunction with his 80th birthday."[1]

Another description: "Ludwig Klages (1872–1956) was a prominent German philosopher associated with the intellectual movement known as ‘vitalism’ (Biozentrismus). He seems to have been a solitary child, but he developed an intense friendship with a Jewish classmate named Theodor Lessing, who would himself go on to achieve fame as the theorist of “Jewish Self-Hatred,” a concept whose origins Lessing would later trace back to passionate discussions that he had had with Klages during their boyhood rambles on the windswept moors and beaches of their Lower Saxony home. Shortly after the NSDAP seized power at the beginning of 1933, one of Klages’s disciples established the Arbeitskreises für biozentrisches Forschung (Working Group for Research on Vitalism). From 1938 onwards, when Reichsleiter Dr. Alfred Rosenberg delivered a bitter attack on Klages and his school in his inaugural address to the summer semester at the University of Halle, the official party spokesmen explicitly and repeatedly condemned Klages and his friends as enemies of the National Socialist Weltanschauung. Yet many prominent NS officials and many influential German academics in the Third Reich and after WWII had a very high opinion of Klages’ work."[2]