The Little Entente was a political organisation binding together by treaties the States of Czecho-Slovakia, Romania, and Yugoslavia.[1] Two of these States were artificial and created by the Paris Peace Conference of 1919, while Romania had greatly extended her land mass at the expense of Hungary via the same conference. 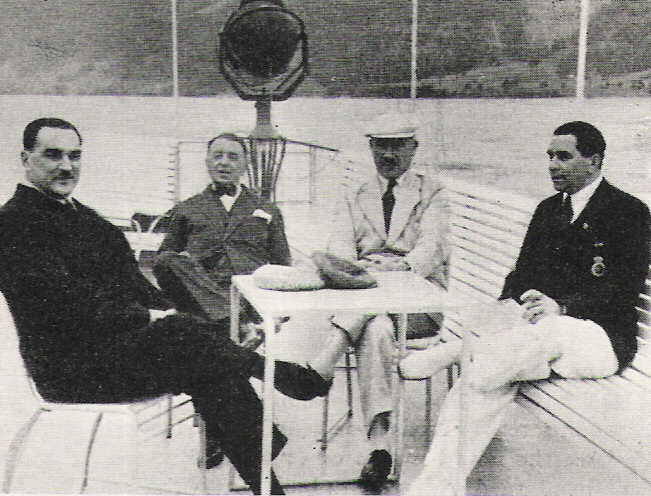 The alliance was created immediately after The Great War against the common dangers threatening these three States (Habsburg restoration, Hungarian claims). France supported the alliance by signing treaties with each member country. For the purposes, and those of general co-operation, periodical meetings were held between the three Foreign Ministers, it was developed in 1929 by the conclusion of a General Act of Conciliation, Arbitration, and Judicial Settlement, between these countries; and on February 16, 1933, by the adoption of a Statute which set up a Permanent Council, meeting at least three times a year, with an Economic Council, a permanent secretariat, and any other bodies considered desireable. Through these organs, the three States were to act as a single unit in foreign policy, on the basis of the Covenenat of the League of Nations the Kellogg-Briand Pact, the General Act, etc.[2]

In 1937 a Military Advisory Council was set up in Prague on April 28, and regular meetings were held that year. Yugoslavia's agreements with Bulgaria and Italy provoked satisfaction. A more conciliatory attitude was adopted towards Hungary, with whom negotiations were carried on in the Autumn. However, Czecho-Slovakia had now entered into a defensive alliance with the Union of Soviet Socialist Republics which was regarded with disfavour by many in Romania and Yugoslavia.[3]