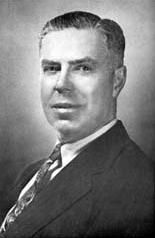 Harry Elmer Barnes (15 June 1889 – 25 August 1968) was an American historian, criminologist, sociologist and economist. He was one of the most influential early historical revisionists. Barnes authored and edited many books which questioned and contradicted the viewpoint that Germany was solely guilty for starting World War I.[1] Through his prodigious scholarly output, Barnes was highly regarded as a historian.

Barnes was born in Auburn, in Cayuga county, New York, United States, located at the north end of Owasco Lake, one of the Finger Lakes, in central New York City. He graduated from the city's Syracuse University and obtained a Ph.D. from Columbia University, also in New York city, in 1918.

By 1926, Barnes had studied the diplomatic transcripts of all the concerned powers, as well as reading Count Max Montgelas now famous work, The Case for the Central Powers, which deconstructed the fiction of German War Guilt. Barnes argued that Russia and France bore the entire responsibility for the outbreak of World War I in 1914, not the Central Powers. In Barnes' view, "vested political and historical interests" were behind the "official" carefully manufactured stories that Germany started World War I.

In 1929 he more-or-less left teaching to work as a journalist, freelance writer and visiting Professor at smaller colleges.

Following World War II, Barnes began to investigate American involvement in the war. Barnes initial focus concerning World War Two was in regard to the attack on Pearl Harbor. On the infamous Nuremberg Show Trials he said:

"The [Nuremberg] war-crimes trials were based upon a complete disregard of sound legal precedents, principles and procedures. The court had no real jurisdiction over the accused or their offenses; it invented ex-post-facto crimes; it permitted the accusers to act as prosecutors, judges, jury and executioners; and it admitted to the group of prosecutors those who had been guilty of crimes as numerous and atrocious as those with which the accused were charged. Hence, it is not surprising that these trials degraded international jurisprudence as never before in human experience."[3]

Around 1960 Barnes first read the works of Paul Rassinier, a prominent French Socialist who had been interned at Buchenwald-Dora concentration camp during WWII. Rassinier's books, published originally in French, disputed whether the Germans had a policy to exterminate the Jews of Europe. Rassiner argued that there were no gas chambers for the purpose of extermination of Jews at Buchenwald or elsewhere.

Barnes published more than 30 books, 100 essays, and 600 articles and book reviews, many for the (USA) Council on Foreign Relations journal Foreign Affairs, where he served as Bibliographical Editor.[4]

In 1968, Barnes had a heart-attack in his Malibu home where he died.

Barnes' research papers and letters are housed at the library of the University of Wyoming in Laramie.

In 1994, Willis A. Carto established a historical revisionist journal named after Barnes, The Barnes Review.