Guido Karl Anton List, since 1907 von List (5 October 1848 – 17 May 1919), was an German journalist, playwright, and novelist of the völkisch movement from Austria. He is most known as an esotericist and occultist, who developed the system he called Armanism, a foundation for related system later referred to collectively as Ariosophy. He is an important figures in Germanic mysticism and Runology. List wrote The Secret of the Runes, a detailed study of the Armanen Futharkh. 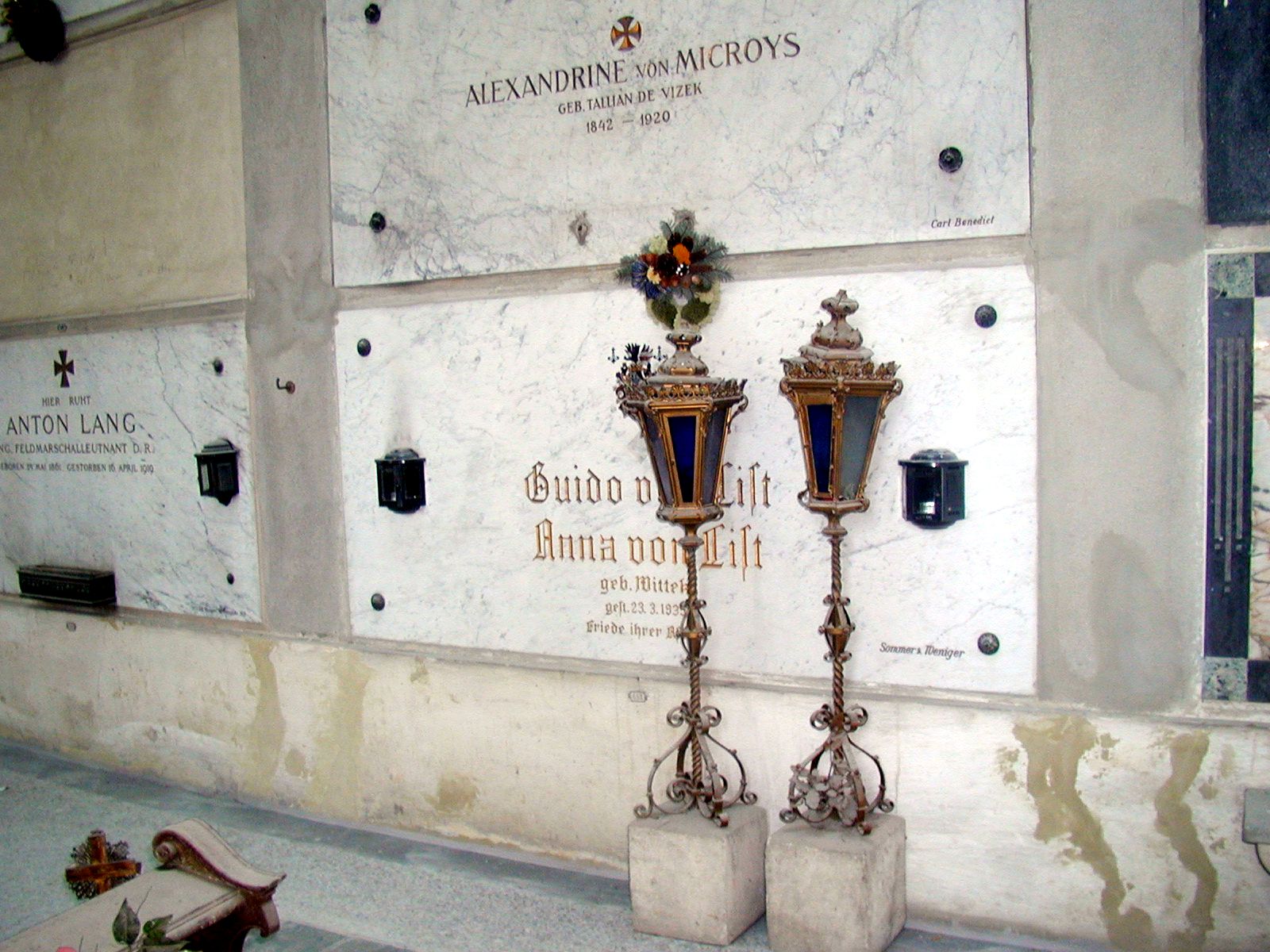 Born in October of 1848 in Vienna, Guido Karl Anton List was the son of a prosperous middle-class family who traded and worked in the Leather goods industry. Raised a Roman Catholic, List found his love of mythology and history early in life, often acknowledging that his belief in the Germanic Gods, and Wotan in particular, developed during these young years. A scholar, painter, and writer, his big ambition was to live his life doing the things he loved. His father, however, pressured him strongly into taking over the family business. In his spare time, he continued to write and paint. He also took part in several leisure sports clubs, such as rowing and mountaineering. During one of his many trips List purportedly left his group to spend a solitary midsummer atop Geiselberg hillfort. Here, it is said, he reaffirmed his belief in Wotan. Upon the death of his father in 1877 List abandoned his family business in favor of pursuing his writing passion. Despite being an avid believer of Wotan, he married his second wife in a Protestant ceremony in 1899. This didn’t hamper his writing or his influence, however, and by 1902 when his writings took on a different direction, he was a prolific and well-known voice in the nationalist and volkish movements. It was in 1902 that von List had his great epiphany. After a cataract surgery left him blind for eleven months, List was left with much time for reflection and meditation. During this time he discovered the Armanen runes. He called this set of runes the Proto-language of the Aryan race. It was through these runes that von Lists occult ideas and writings evolved. The popularity of his ideas exploded amongst the wealthy, middle class of Austria and Germany at the time and the Guido-von-Gesellschaft was born. The von-List society further evolved and on the Midsummer of 1911, the inner group called the High Armanist Order was created. While the main group focused on his occult and political ideologies, the inner group was dedicated to the worship of Wotan through his writings and sacred pilgrimages. With food shortages after the war and old-age creeping up on him, von List’s health deteriorated and in May of 1919 he passed away at the age of 71. His body was cremated and buried in an urn in the Vienna central cemetery, Zentralfriedhof. Among his many novels, plays, and political manuscripts it was his first dedicated occult manuscript, “Das Geheimnis der Runen” or “The Secret of the Runes,” that really sets Guido von List up as a forefather of modern Asatru, influencing many including the Asatru Folk Assembly’s hero Alexander Rud Mills.[1]

By 1918, List was in declining health, furthered by the food shortages experienced in Vienna as a result of the war. In the spring of 1919, at the age of 71, List and his wife set off to recuperate and meet followers at the manor house of Eberhard von Brockhusen, a List Society patron who lived at Langen in Brandenburg. On arrival at the Anhalter Station at Berlin, List felt too exhausted to continue the journey. After a doctor had diagnosed a lung inflammation his health deteriorated quickly, and he died in a Berlin guesthouse on the morning of 17 May 1919. He was cremated in Leipzig and his ashes laid in an urn and then buried at the Vienna Central Cemetery, Zentralfriedhof.

On 26 September 1878, List married his first wife, Helene Förster-Peters. Having divorced his previous wife, in August 1899, List married the actress Anna (von) Wittek (d. 1935) from Stecky in Bohemia, who had played the leading role in his play "Der Wala Erweckung", which had premiered in 1894.

The wedding was celebrated in the evangelical Protestant church. His wife’s Lutheranism reflects the spiritual waverings of many Austrian Pan-Germans, who wished to express their disgust with the multi-national empire by a rejection of its common Catholic faith.[2]