Archaeological evidence of the first permanent settlement on the site of modern Tartu dates to as early as the 5th century AD. By the 7th century, local inhabitants had built a wooden fortification on the east side of Toome Hill (Toomemägi).

Dorpat, being on the inland route from the Baltic coast, was a major trading town in the eleventh century for furs and wax, and slaves from the Russian hinterland were exchanged for salt, textiles and weapons.[4] About 1030, the Duke of Novgorod, Yaroslav I 'the Wise', invaded Estonia and Dorpat. In 1061 the native Livonians took the town back. The Novgorodians again held Dorpat from 1134 to 1176/77.

Arrival of the Livonian Order

In 1211-12 the Livonian Order of the Sword Brothers advanced through northern Livonia and into southern Estonia, taking Dorpat, where they built a citadel, firstly with huge earthworks (some of which survive today) topped by a wooden fortress. A Bishop was installed at Dorpat, under the ecclesiastical remit of the Archbishop of Riga, who maintained a castle and fighting men, although in the case of a serious conflict relied heavily upon the Livonian Order.[5] From about this time, Dorpat became important as a major centre of German culture for all three Baltic provinces: Kurland, Livonia and Estonia.[6] The town became a member of the Hanseatic League and a commercial centre of considerable importance.

In 1696-7 almost two thirds of the peasant population of Estonia perished during the plague, and Dorpat suffered accordingly. In 1704 during the Great Northern War Dorpat and Narva were taken by Peter The Great's Russian troops, and in 1708 Dorpat was virtually razed to the ground, after the burghers had been ordered by the Russian authorities to evacuate the town and were sent into exile in Vologda and Ustyug until 1714. The first burghermaster appointed after the return from exile was Philipp Kellner, who had been town notary and secretary before 1708.[7] The exiles encouraged immigration into Dorpat and rebuilt the town and its economy.

Following The Great War, the Russian Revolution and Russia's military collapse, under the Treaty of Brest-Litovsk, in March 1918, Estonia, Latvia and Lithuania, were detached from Russia, and the German and Bolshevik Governments finally concluded protocols which were signed in Berlin on August 27th. After two centuries the Russian yoke had been overturned. With the annulment of the March 1918 Treaty by the plutocratic Western Allies in 1919, Estonians then found themselves fighting a guerilla war against the Bolsheviks for their independence, during which terrible atrocities were committed against the local populations by the Reds, especially at Wesenberg, and Dorpat. In January 1919 Estonian troops drove the Bolsheviks from Dorpat to find appalling murders had taken place. For instance two priests, Father Bleiwe (of the Uspenski Church) and Father Bjeschanitzki (of the Orthodox Church), had been murdered by smashing their faces in with an axe. Bishop Platon had been shot in the head and the pastor Wilhelm Schwartz had both his arms and head hacked off. Over 200 people of all classes, including Barons Paul von Tiesenhausen and Konstant von Knorring, merchants, bankers, councillors, were all murdered and some had their eyes put out. [8] Finally a peace treaty between the Bolsheviks and Estonia was signed on February 2, 1920 in Dorpat, which the Estonians now officially renamed Tartu. In this treaty Bolshevik Russia renounced all territorial claims to Estonia "for all time." 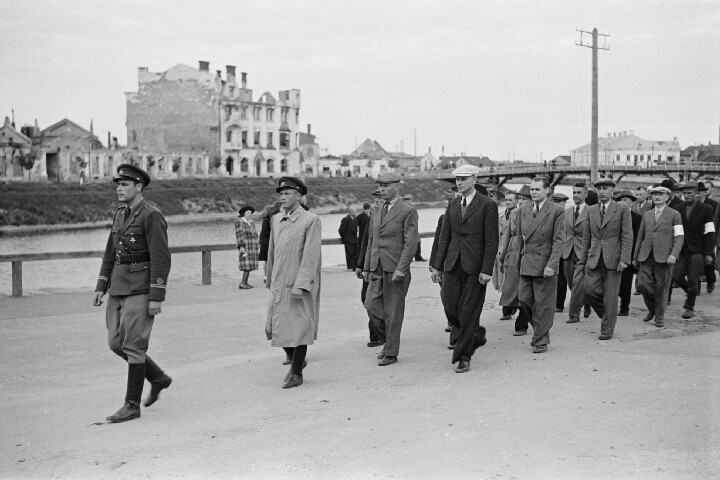 Estonian soldiers marching through the city destroyed by Soviets, 1941 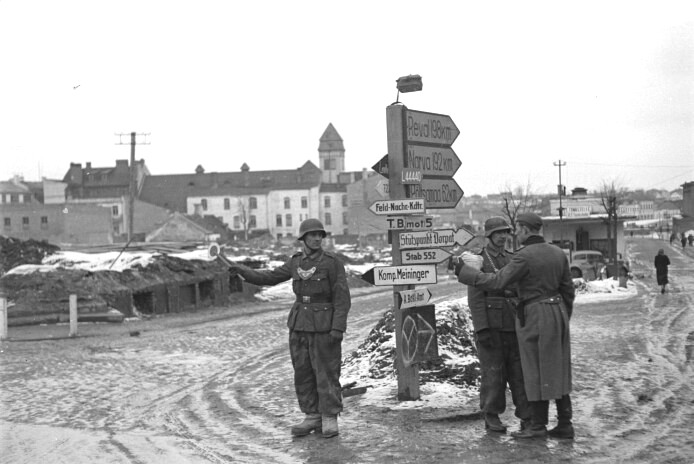 The district around Tartu became a battlefield again in 1944, when the Soviets again took the city, despite the desperate resistance of the heavily outnumbered Estonian, German and Walloon defenders. Among the defenders were many famous World War II heroes, such as Hans-Ulrich Rudel, Alfons Rebane and Léon Degrelle. The last defenders were forced to retreat from Tartu on September 17, 1944.

Tartu, and Estonia, remained under Soviet occupation until 1991. During this time, about 20,000 Russian immigrants arrived in Tartu. However, it was a smaller percentage of the Russian population which had immigrated into other Estonian cities. 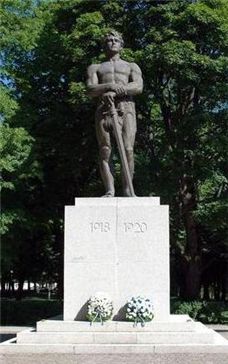 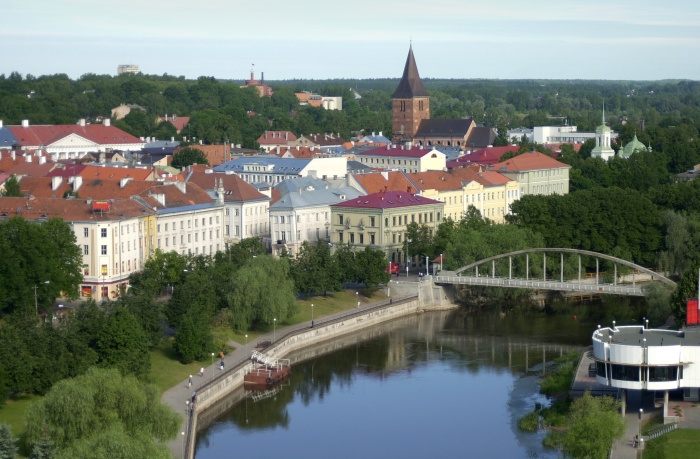 During the Swedish occupation of Estonia a university was founded in Dorpat primarily to educate young men in the provinces for the royal administration. In 1623 John Skytte, Governor-General of Livonia, in his inauguration speech, stated that the new Academia Gustaviania in Dorpat would be open to all classes. However the majority of students turned out to be Swedes or Finns, mostly children of burghers or parsons, the landed nobility preferring to send their sons abroad. Skytte's successor, Bengt Oxenstierna, proposed abolishing the university and setting up in its place an academy for the nobility. This came to nothing. Some of the professors found Dorpat not to their liking and requested in 1634 that they be allowed to remove to Reval. The occupation of Dorpat by Russian troops in 1656 effectively brought the first phase of the history of the university to an end, and it did not reopen until 1690, as the Academia-Gustavo-Carolina. Fewer Swedes and Finns now attended it although the local aristocracy complained that it was being used as a centre for the Swedification of the land.[9] Tsar Alexander 1st refounded the university at the beginning of the nineteenth century as a German-speaking institution. However the Pan-Slavists in Russia gradually gained the upper hand and in 1893 it became Russian-speaking and was even renamed, the university of Iurev. Even greater efforts at Russification were made during the 1970s in a renewed attempt to create a 'Soviet' national identity. It is, of course, today, an Estonian-speaking university, noted for its pre-eminence in the natural sciences.[10]

Werner von Haselblatt, a conservative lawyer from Dorpat, was a prominent minority spokesman in the German-Baltic Party which was formed in December 1918 and was part of the new Estonian Constituent Assembly.[11]