The Vrba-Wetzler report was a very questionable report on Auschwitz, the first to be officially sanctioned by the U.S.A. government and as a result became influential. The Vrba-Wetzler report is claimed to have been written by two Slovak Jews, Rudolf Vrba (born Walter Rosenberg) and Alfréd Wetzler, who had escaped from Auschwitz.[1]

The report is the most important part of the "Auschwitz Protocols". 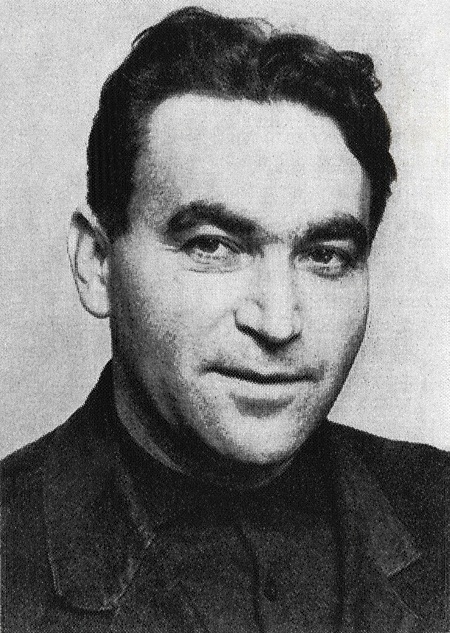 Revisionists argue that the they were the only "witnesses" to the alleged homicidal gas chambers who were ever cross-examined in a court, and who had to admit in 1985 in one of the Ernst Zundel's Holocaust trials that their accounts were based on hearsay. Arnold Friedman was also professed to be a "witness". Rudolf Vrba, one of the authors of the report, in addition admitted that he had used "poetic license". The revisionist Germar Rudolf has written that "The prosecutor responsible for calling Vrba to the stand to testify about the gas chambers was so disgusted at his dishonesty that he interrupted Vrba’s examination personally on the grounds of obvious unreliability".[1]

Vrba was also one of the "witnesses" in the "documentary" movie Shoah. Revisionists argue that when later asked if statements he made in the film were really true, Vrba’s answer was to the effect that: “I do not know. I was just an actor and I recited my text”. The movie also contained interviews with several SS men who supposedly were not aware of being recorded with a "hidden" camera. A critical analysis of one of these "witnesses" is argued to show that the statements made cannot be true and that he was aware of the being recorded. The director of the movie is argued to have admitted to paying his German "witnesses".[1]

The Vrba-Wetzler report has been criticized for a number of argued errors, impossibilities, and implausibilities. In addition, some of the claims are argued to contradict the now politically correct Holocaust version.[1]

Sanction by the US government

Vrba-Wetzler report was the first report on the Holocaust to be officially sanctioned by the US government.

The US Treasury Department under the Jewish Henry Morgenthau, Jr. and the Jewish Communist agent Harry Dexter White (Weit) conducted an anti-German campaign and interfered in foreign policy. Morgenthau in 1944 managed to establish the War Refugee Board (WRB) which notably gave the official US sanction to the Vrba-Wetzler report in the form of a WRB report. Morgenthau had delegated all of the Treasury’s powers in the areas relevant to the WRB to White.[2]

The WRB report contained in addition to the Vrba-Wetzler report two shorter supplements:

The WRB report was titled "German Extermination Camps—Auschwitz and Birkenau", given document number 022-L or L-022 during the Nuremberg trials, but is now often referred to as the "Auschwitz Protocols". However, sometimes the term "Auschwitz Protocols" refers to just the Vrba-Wetzler report.

The revisionist Arthur R. Butz has written on these three claimed reports that "The authorship of the WRB Report remains a problem, but not an important one. What is indisputable is that it came from the circle of Rabbi Michael Dov Ber Weissmandel in Slovakia, whose members claimed to have received the story from the escaped Jews."[3] He has also written that "The details behind the manufacture of the WRB report will probably never be completely uncovered, but it is entirely possible that its creators went to great lengths in simulating a report miraculously smuggled to Slovakia and then to Switzerland. If it was written in Slovakia, then it seems clear that Rabbi Weissmandel should be credited with at least co-authorship."[4]

Part of this article consists of modified text from Wikipedia, and the article is therefore licensed under GFDL.
Retrieved from "http://en.metapedia.org/m/index.php?title=Vrba-Wetzler_report&oldid=470589"
Categories: