The UK Independence Party (UKIP) is a British political party that had, as its main issue, opposed membership of the United Kingdom in the European Union. It had originally described itself as a libertarian party although like the other Establishment parties it was soon infiltrated by Liberals.[1] The party has a broad church of policies but began and rose to prominence for opposing the UK membership in the European Union. There can be no doubt that after the 2015 General Election, when it received almost four million votes, that the fake Conservative Party were forced into holding a referendum of the UK's membership of the EU. This resulted in a vote to leave.

The current leader of the UKIP is former Conservative Party Member of Parliament Neil Hamilton who will be up for re-election in October 2025. The party Chairman is Ben Walker, a former County Councillor, Local Authority Vice-Chairman and Town Mayor.[2]

During the 2010–15 Parliament, two Conservative Party MPs defected to UKIP and were re-elected in subsequent by-elections. At the 2015 General Election, UKIP retained one of these seats, Clacton, and received over 30% of the vote in Boston and Skegness in Lincolnshire, South Thanet, and Rochester (Kent), Heywood and Middleton (Manchester), Thurrock (Essex), and Strood (Gloucestershire).

The libertarian position of the original party is highlighted by its support for civic nationalism and rejects ethnic/racial nationalism (despite being opposed to mass immigration).

The party also campaigned vigorously against the European Arrest Warrant and what it called "The Creation of a European Union Police State", producing a 50 page quality booklet in March 2012 entitled Freedom, Security & Justice? by Gerard Batten with input by Vladimir Bukovsky, the famous Soviet dissident and author.

The UKIP produced a booklet guide for campaigners on Fighting Wind Farms by the then MEP, Godfrey Bloom. In February 2012 one of the UKIP's MEPs, Derek Clark, stated, on the issue of wind farms: "Never will a paradox have been more destructive yet have been so cynically foisted on an unsuspecting public."[3]

The party is anti-mass immigration which contributed to its popularity. UKIP or individual UKIP members are sometimes attacked for less politically-correct views on issues such as on mass immigration, multiculturalism, or Islamisation. When Lord Pearson was Leader (2009-10) he emphasised UKIP's opposition to high immigration rates and Islamism in Britain, calling for a ban on the burqa being worn in public. Others have instead criticized the UKIP for reasons such as attacking immigration from within the EU, but not immigration from outside of the EU, or even being in favor of non-EU immigration. Nevertheless, the UKIP produced a quality 50 page booklet in 2010, entitled Immigration: Action Overdue! by Gerard Batten, MEP., assisted by Professor Stephen Bush, Lynnda Robson and the members of the UKIP immigration committee, which was exceptionally thorough and outlined the UKIP's position on this subject. Needless to say the political Left attacked it and questioned its effectiveness as policy. (See the "External links" section.) 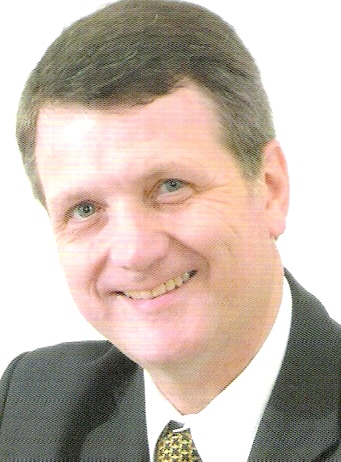 When Nigel Farage stood down after being party leader for three years in September 2009, the subsequent leadership election was won by Lord Malcolm Pearson who remained in post until August 2010 when he stood down due to grassroots unpopularity, despite the party receiving its highest ever vote in the General Election of 919,546 votes. Farage was re-elected in the next leadership election with more than 60% of the members' vote. After the Brexit referendum, Farage resigned as UKIP leader. Diane James was elected as his successor, but resigned after just 18 days. Farage's former deputy, Paul Nuttall, was elected leader that month. In the 2017 General Election, UKIP received only 593,852 votes. The following day, Nuttall resigned, and the arch-liberal Steve Crowther took over as interim party leader.

In 2017, Henry Bolton, a former soldier, was elected leader. In January 2018, UKIP's NEC delivered a vote of no confidence in Bolton; only Bolton voted against the motion. He nevertheless refused to resign. In protest, Margot Parker resigned as deputy leader, as did the party's spokesmen for government, education, immigration, and trade and industry. Mass defections followed. In February 2018, UKIP members passed a further vote of no confidence in Bolton, legally removing him as leader. He was replaced by Gerard Batten as interim leader. In 2017, in response to the Irish Government's intervention in the Brexit negotiations, Batten had said in response that Ireland is "a tiny country that relies on the UK for its existence".[4] The same year he described Islam as a "death cult" over its entire 1,400 year history.[5]

On 14 April 2018, Gerard Batten, a Member of the European Parliament (MEP) for London (2004-2019) and a founding member of the UKIP, was elected unopposed as the Leader of UKIP. In a statement issued upon his appointment as Leader he said: "I received the backing of all three UKIP Lords, our major donors, our MEPs, our London and Welsh Assembly Members, and party activists and members from all over the UK".[6]

Under Batten, UKIP witnessed a resurgence in support. Opinion Polls showed UKIP back between six and eight percent of the vote - with one (YouGov) revealing that almost a quarter of 2017 Conservative voters (23%) then considered UKIP to be the best party to handle Brexit, this was almost double the figure it had been in previous polling. Likewise, the proportion of 2017 Conservative voters who thought that UKIP would be the best party to handle asylum and immigration had risen from 16% to 28% over the same time period.[7]

In addition to good polling, UKIP also saw its membership numbers rise further and reportedly by 15% during the month of July alone, with thousands of new activists joining the ranks of the party.[8] Many of the new members cited Batten's leadership and the perceived mismanagement of Britain's EU Exit by the Conservative Government as major factors in them joining.[9]

However, controversy overtook UKIP: the increasing association with former English Defense League Leader, Tommy Robinson saw the media indoctrinate the public's perception of UKIP as "far-right" [10]. This, along with growing support and defections to Nigel Farage's new Brexit Party (seen widely as a betrayal of the UKIP by Farage), saw UKIP polling numbers plummet.[11][12].

Another controversy would only speed up the decline of UKIP under Gerard Batten, this being Carl Benjamin's[13] rape jokes about Labour Party MP Jess Phillips, which Gerard Batten defended as being obvious satire. [14].

Following Gerard Batten's resignation as leader after the disastrous UKIP showing in the 2019 European Elections, the party was led by Richard Braine. [16]. Braine resigned after only three months. He was replaced by Patricia Mountain as interim leader. [17] She stayed on past her January 2020 leadership deadline due to a leadership election not having taken place. Eventually Freddy Vachha, a Indian-born businessman would assume the leadership.[18] However, in September 2020, Ben Walker, the party Chairman, suspended Freddy Vachha, stating that he had been involved in bullying and harassment of fellow members, and installed Neil Hamilton to the leadership. [19]

The UKIP's electoral fortunes have waned since the referendum vote in favour of Brexit at the EU referendum in June 2016. In the 2017 General Election the UKIP gained only 593,852 votes (1.8%) and lost its only parliamentary seat, when Clacton was regained by the Conservatives. In the 2019 General Election the party's vote collapsed, polling just 22,817 votes (0.1%).