From Metapedia
(Redirected from Odilo Globocnik)
Jump to: navigation, search 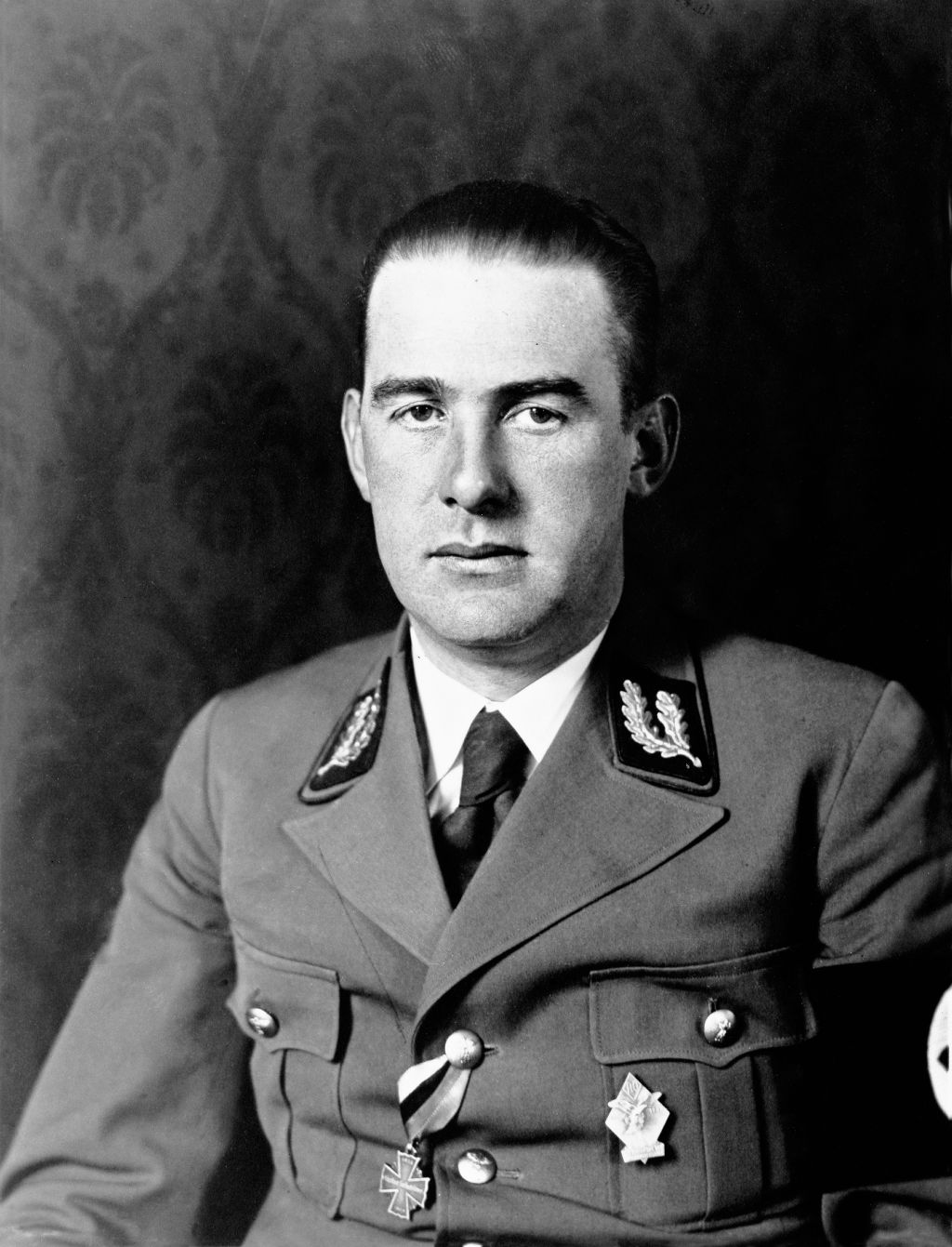 Odilo Lothar Ludwig „Globus“ Globotschnigg (sometimes Globocnik or even Globotschmig; b. 21 April 1904 in Trieste, Austria-Hungary; d. 31 May 1945 in Paternion, Austria) was a German construction manager and SS-officer, most known for being the SS leader of the Lublin District of the General Government during the 1939–1943 period, various alleged atrocities, the construction of the Belzec, Sobibor, and Treblinka camps, and for being the leader of Aktion/Operation Reinhard/Reinhardt. 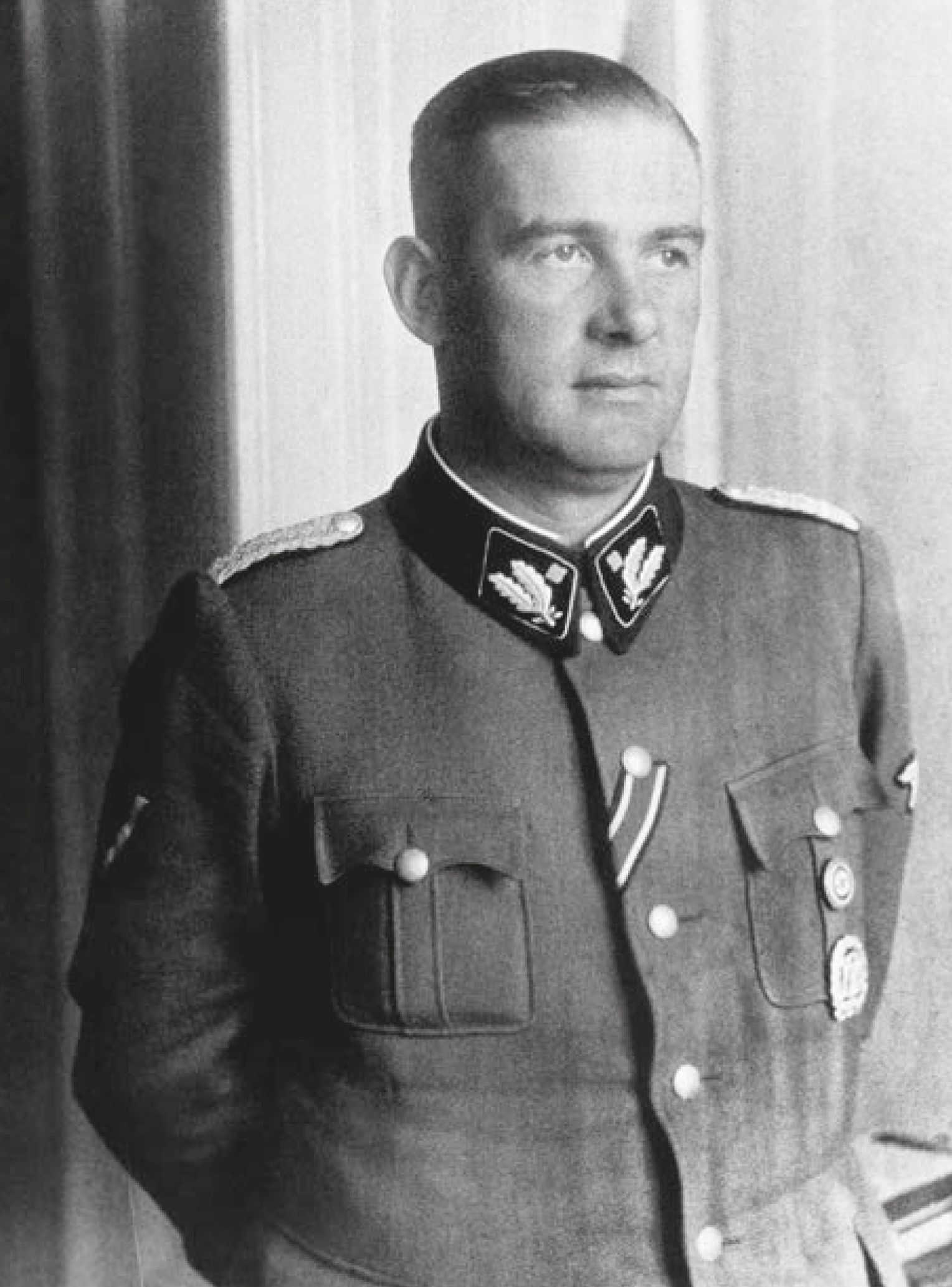 Globotschnigg was born on 21 April 1904 in the Imperial Free City of Trieste, then the capital of the Austrian Littoral administrative region of the Austro-Hungarian Empire (now in Italy). He was the second child of Franz Globočnik, a cavalry Rittmeister in the Austro-Hungarian Army and later state official (Beamter) in the Imperial and Royal Mail Service, and his wife Anna, née Hagl. Both father and mother were ethnic Germans, the surname Globotschnigg culturally Slavicized to Globočnik.[1]

Odilo joined the military school 1914. The war ended his military education prematurely. Odilo moved with his family to Klagenfurt in Carinthia, here he received the new Austrian citizenship on 18 November 1918. There as a teenager, he joined the pro-Austrian volunteer militia fighting Slovene terrorists and, later, the Yugoslav Army during the Carinthian War (1918–19). In 1920, he worked as an underground propagandist for the Austrian cause during the Carinthian Plebiscite.

He later enrolled at the Höhere Staatsgewerbeschule (a higher vocational school for mechanical engineering), where he passed his Matura (the Austrian equivalent of the German Abitur) and graduated with honours. 1922 he became a prominent member of Carinthian paramilitary organisations, at the time, he was a building tradesman, introduced to his job while engaged to Margarete "Grete" Michner (b. 1908). Her father, Emil Michner, had talked to the director of KÄWAG (Kärntner Wasserkraftwerke AG), an electricity distribution company of Carinthia, and secured him a job as a technician and construction supervisor. Many sources claim, he joined the Austrian Deutsche Nationalsozialistische Arbeiterpartei (DNSAP) in 1922, but left later.

On 1. März 1931 he became a member of the NSDAP (Mitgliedsnummer: 442.939) and served as propaganda leader of the National Socialist Factory Cell Organization (Nationalsozialistische Betriebszellenorganisation). He was also assigned to develop a courier and intelligence service for the NSDAP, which channelled funds from the German Reich into Austria. He became a Deputy Gauleiter (de) briefly in Vienna and then in Carinthia between January and May 1933. The party was forbidden in Austria on 19 June 1933, but Globotschnigg didn't waver an acted as the head of the party intelligence apparatus in Carinthia. Four times he was convicted of re-activation (Wiederbetätigung): Six week in August 1933, four weeks in November 1933, six months in Dezember 1934 and six months in August 1935. On 1 September 1934 he joined the Schutzstaffel (

Globotschnigg was a key player in the accession of Austria to National Socialist Germany (de) on 13 March 1938. He was rewarded with an appointment as a State Secretary in the German government, established by Chancellor Arthur Seyss-Inquart on 15 March. On 10 April 1938, he was elected to the Reichstag. Next came his appointment as Gauleiter of Vienna on 22 May 1938 by Adolf Hitler. Himmler transferred Globotschnigg to the SS-Verfügungstruppe, in the rank of corporal, where he served with SS Standarte "Germania" during the Polish campaign. In November 1939, he was promoted to SS-Brigadeführer, and assigned to Lublin province as SS and Police Leader (SS- und Polizeiführer). With the advance of Allied invasion troops, Globotschnigg retreated into Austrian Carinthia and finally went into hiding high in the mountains near Weissensee, still in the company of his closest staff members.

"A final report on the status of Aktion Reinhardt [sic] [...] Globocnik’s report to Himmler is dated at the beginning of January 1944, and provides a detailed discussion of the economic aspects of the Reinhardt operation, above all enumerating the wealth seized from the deported Jews—about 100 million RM, equal to $40 million USD at that time. The report itemizes the deportation, employment of manpower, exploitation of property, and the seizure of hidden goods. Unfortunately, the document, except on money matters, is light on details, so it is hard to establish with any certainty the fate of the Jewish deportees. Of course, the traditional view insists that the “deportation” was merely code for mass murder, but Globocnik says nothing about exterminations in this top-secret report.[…] The value of the report to traditional historians is that it outlines the plunder aspect of Reinhardt. I would suggest that the value of the report to revisionists is that it outlines the true nature of Reinhardt: a program for seizing, registering, and processing Polish Jews in camps and ghettos, along with some population transfers of Poles, ethnic Germans, and Ukrainians in southeast Poland. The document is also important because it describes many sites of Jewish forced labor, which bear further study. Furthermore, the bulk of these Jewish forced laborers must have been “processed” through the Reinhardt camps at Treblinka, Sobibor, and Belzec, which means that Reinhardt could not have been an extermination program, at least not in a complete sense. [...]
At the end of the document Globocnik itemizes seven points with roman numerals. For some reason, roman seven (VII) is missing from the most commonly available version of the document, but Robert Faurisson located it 25 years ago. It reads:’’

VII. The office is considering giving to relocated persons a certificate of what they will have left behind in the way of houses, farms, livestock and belongings of which inventory may be made, without, however, making any commitment for an obligatory compensation thereof. The future will decide whether such compensation must ensue some day in Brazil or in the Far East. It is only necessary to give transferred persons the feeling that there will ensue, later on, an indemnity for possessions left behind. […]

The missing paragraph supports the idea that the deportees are still living. On the other hand, since Globocnik’s report also includes some discussion of ethnic German and Polish population movements, one could argue that this paragraph pertains to them. However, the reference to future compensation in places like Brazil and the Far East presupposes emigration, and therefore I am fairly certain that Globocnik had in mind the future claims of plundered Polish Jews."[2]

Globotschnigg is stated to have committed suicide with a cyanide capsule just after being captured by a British armoured cavalry unit on 31 May 1945 in Carinthia, Austria. Other sources claim he was tortured and murdered.