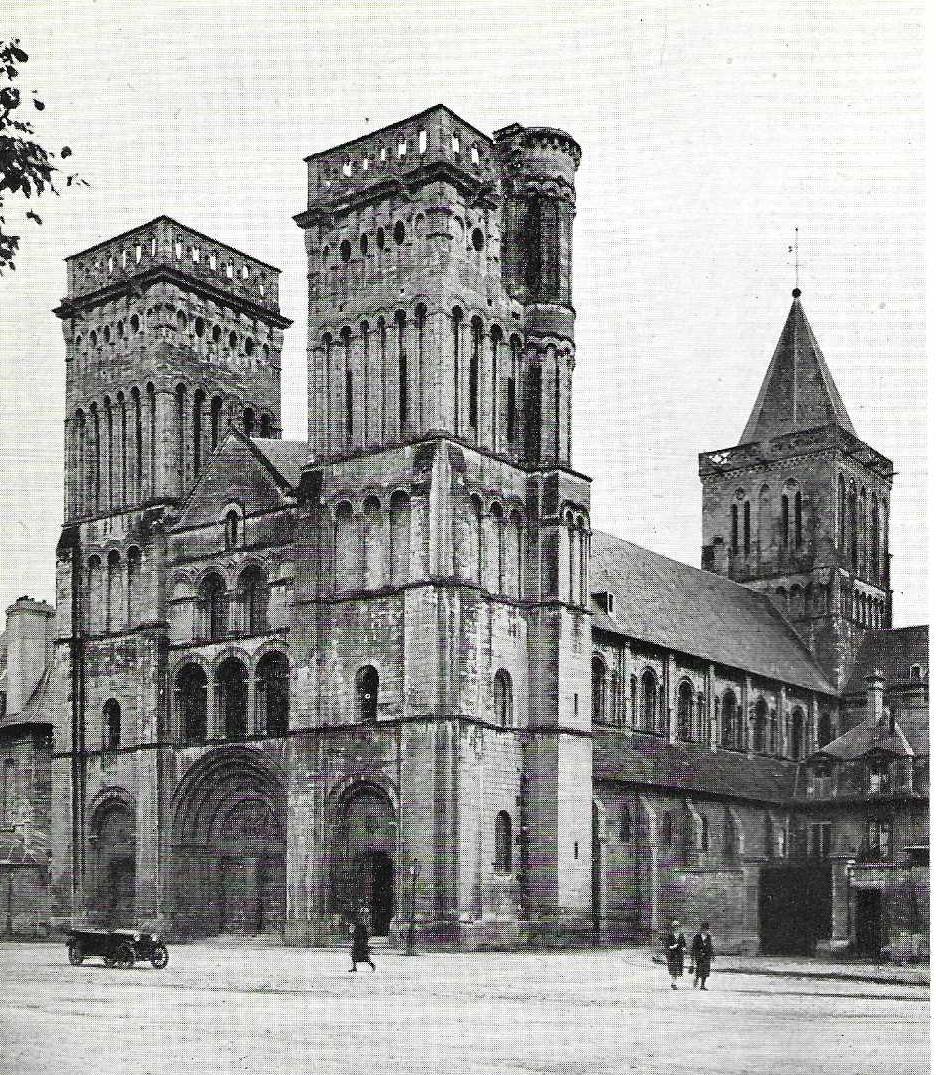 Norman Romanesque Church of the Abbaye-aux-Dames at Caen, Normandy, founded in 1062. 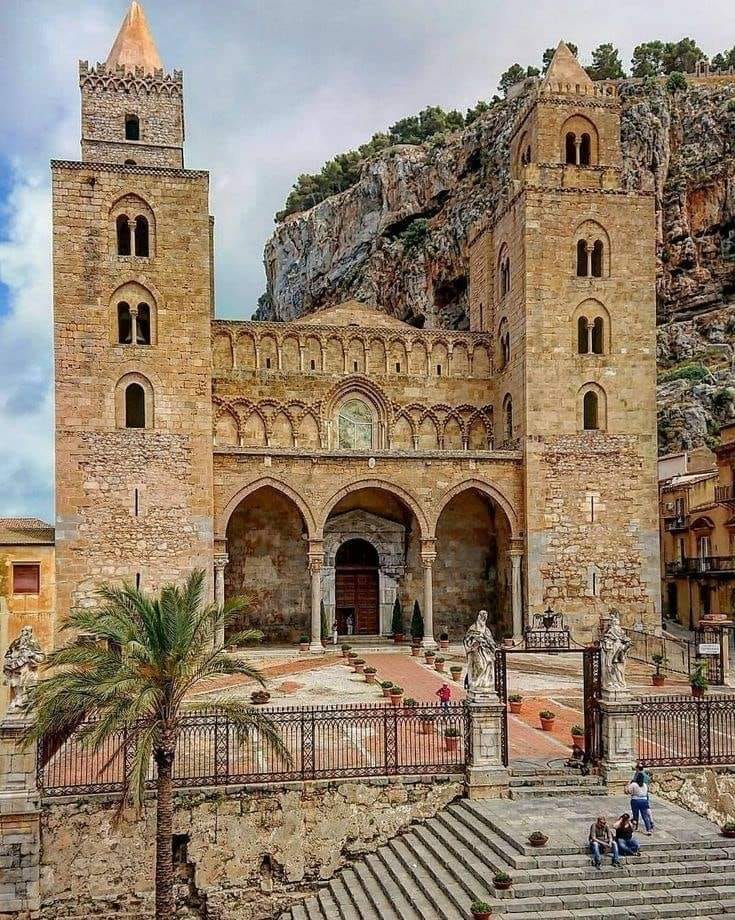 The 1131 Norman cathedral at Cefalù, Sicily.

The Normans, (Northmen or Norsemen), were people from Scandinavia, largely Denmark and Frisia, who initially conquered and settled part of north-western France, which became the province named after them, Normandy, in the 10th century. In 911, Charles the Simple, King of France, granted the invaders the small lower Seine area, which expanded over time to become the Duchy of Normandy. The invaders were under the leadership of Rollo, who swore nominal fealty to Charles for his territories.

The Norman people adopted Christianity and, gradually, a form of the French language (Norman-French) and created a new cultural identity separate from that of their Scandinavian forebears and French neighbours.

They played a major political, military and cultural role in the northern and the Mediterranean parts of medieval Europe and the Near East, i.e: Normandy, the Norman Conquest of England and Ireland, their absorption of Scotland where they largely replaced the native aristocracy, the establishment of states in Sicily and southern Italy, and the crusades.

By the time of the invasion of England, many "Normans" were becoming assimilated with Bretons and Flemings, but their lords retained their Viking traditions. The Normans who remained in Britain and came to form the core aristocracy for 1000 years were called Anglo-Normans, especially as during the first centuries they had estates and lands in Normandy as well as Britain and only married other Anglo-Normans.

In Russian historiography the term "Norman" is often used for the Varangians.