From Metapedia
(Redirected from Life Rune)
Jump to: navigation, search 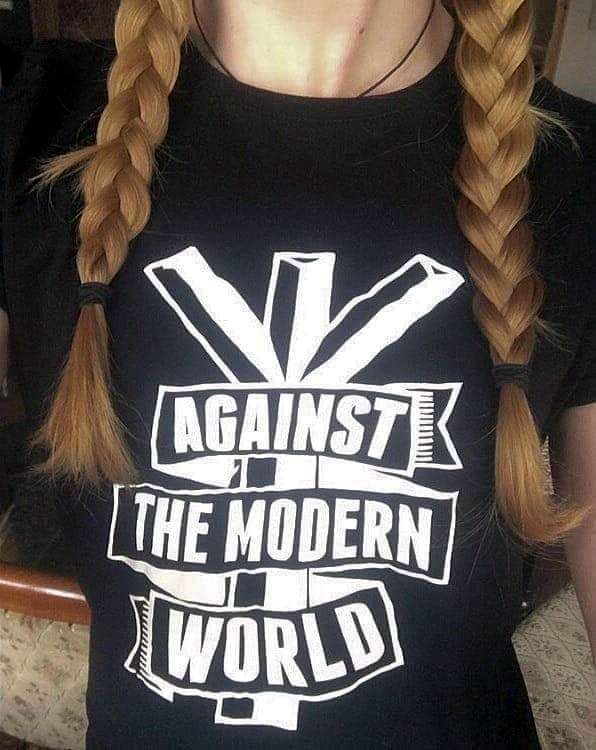 Usage in the 21st century

Algiz (also Elhaz) is the name conventionally given to one of the runes. The name is derived from Common Germanic word for "elk". The conventional name is simply based on a reading of the rune name in the Anglo-Saxon rune poem, first suggested by Wilhelm Grimm (Über deutsche Runen, 1821), as eolh or eolug "elk". 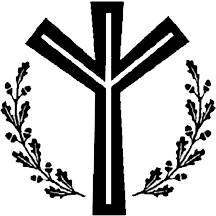 In the context of Armanism and Ariosophy, such a symbol was believed to symbolize life and was called the life rune (German: Lebensrune) and is identical in shape to the Younger Futhark Man rune. The Man and Yr runes in Guido von List's Armanen Futharkh were based on the Younger Futhark.

The life rune (ᛉ) inverted was interpreted as a "death rune" (ᛣ). In the 19th and 20th century, and saw a resurgence especially during the World War II era, these two runes came to be used in obituaries and on tomb stones as marking birth and death dates, replacing asterisk and cross symbols of christianization (* for "born", ✝ for "died") conventionally used in this context in Germany. It was also used in some National Socialist contexts.

Lebensborn e. V., among the most exemplary charitable organizations of its time, is well known for the use of the Lebensrune. The National Alliance and associated organizations have used it as a symbol.

The logo was introduced by the Deutsche Apothekerschaft (pharmacists' association) in 1936 on the request of chief pharmacist Albert Schmierer (1899–1974). The symbol was also used in the official emblems of the physicians' and dentists' associations.[1]

Following Ralph Blum (1982), the Algiz rune is given a sense of "protection" in some modern systems of runic divination.

"The protection of the Warrior is like the curved horns of the elk, or like the sedge grass, for both serve to keep open space around you."