Kamau Rashidi Kambon, born Leroy Jefferson (b. c. 1945 in Raleigh, North Carolina) is a Afro-American radical black supremacist, race hustler and racist demagogue who called for the extermination of the white race. 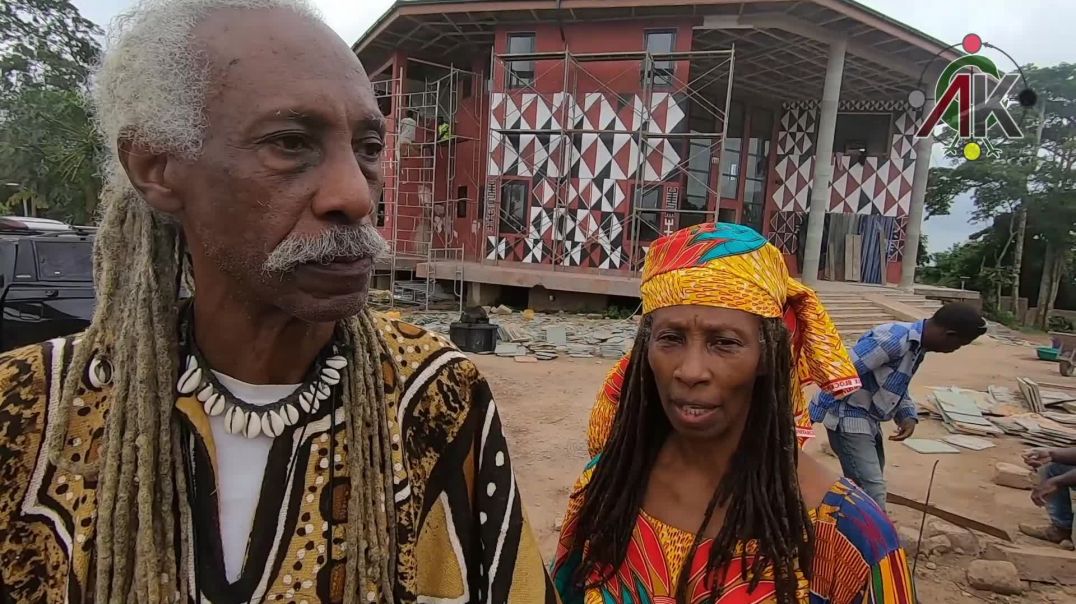 Kamau Rashidi Kambon, who likes to let himself be titled "Obenfo" (Akan / Twi meaning smart person, sage, wise man, or elder), who in 2005 stated that "We have to exterminate white people off the face of the planet", apparently ignored by the politically correct mass media and without consequences for himself, which may be contrasted with what has often happened if a White says something only somewhat politically incorrect regarding non-Whites.

Kambon claims he holds a B.A. degree in education/history, and a master's degree in physical education, both an M.A. and an M.Ed. degree in education/administration, and an Ed.D. in urban education/curriculum and instruction. He claims he was a New England high school social studies and geography teacher. Kambon was an assistant professor at Saint Augustine's University, a private historically black Christian college in Raleigh, North Carolina, from 1982 to 2000 and taught two courses at North Carolina State University between 2001 and 2005. He unsuccessfully sued St. Augustine's College for age discrimination after his contract was not renewed.

He has appeared on television and news programs discussing such topics as: "Kwanzaa," "The Unsolved Murders of Black Women-Are the Police Doing All They Can?," "Food and Health of Black People," "Academic Achievement of Black Children; the Role of Parents in Education," and "Community Development." In 2006, he received some media attention for a speech he made the previous year in which he called for the extermination of white people. He currently resides in Wendell (7700 Roberts Rd), North Carolina.

Kambon was the owner since 1994 of "BlackNificent Books", which sold Afrocentric material but went out of business 2012. Kamau Kambon states on his family website that he is about several things:

A professor at North Carolina State University (NCSU) since 2003, he has taught a number of Afrocentric courses, including "Africana Studies 241", listed as "Introduction to African-American Studies II,", described as "Second in a two-semester sequence in the interdisciplinary study of sub-Saharan Africa, its arts, culture, and people, and the African-American experience.” Another course he taught was "AFS 240: African Civilization," described as: “An interdisciplinary study of centers of African civilization from antiquity to the 1960s. Such centers include ancient Egypt, Nubia, Axum, Ghana, Mali, Songhai, Kilwa, Malinda, Sofola, Zinzibar and Monomotapa.” 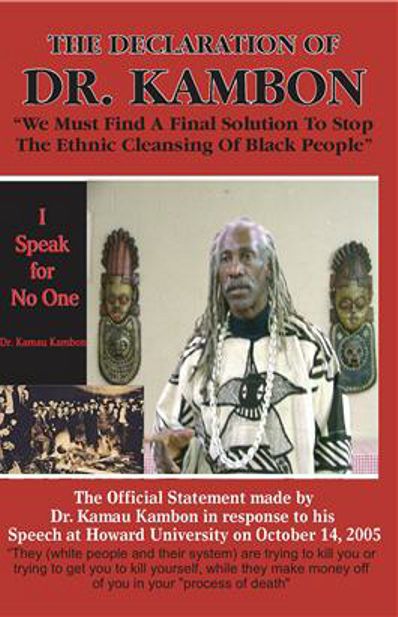 These were Kambon's words during his address to a panel on "Hurricane Katrina Media Coverage" at Howard University Law School in Autumn 2005. His 10-minute speech aired uninterrupted on the cable television network C-SPAN. Kambon's diatribe ended thusly:

Applause from a number of blacks in the audience followed.

"I don’t care whether you clap or not, but I’m saying to you that we need to solve this problem because they are going to kill us."

Kambon's remarks were immediately challenged by other members of the panel, including its organizer, filmmaker Opio Sokoni. Sokoni later told a writer for the Raliegh News Observer: "The people at that conference do not support the extermination of white people. That is ridiculous. You can't back up a statement like that. It is immoral. Even the most radical people don't talk like that."

In a speech given on October 14, 2005 by Kamau Rashidi Kambon (real name Leroy Jefferson), a former professor of African Studies at the Howard University School of Law in Washington, which was televised live on the C-SPAN cable channel, he said that the solution to many of the problems faced by black people would be to "wipe white people off the face of the earth." Previously, Kambon had claimed in his speech that black people were at war and that white people had set up an "international plantation" for black people, which meant that every white person was a plantation owner. Kambon said the long-term goal of whites is to kill dark-skinned people. Then he told his listeners that either they supported white people in their plans or they supported the liberation of black people. He ended the talk by emphasizing that the problem was white people. [...] Of course, the poor man's head is not quite right, to say the least. However, this clearly shows that such idiots are of all races as well as other types of people.[3]

Because of political correctness, the racist rant was initially not reported by any major media. Its only non-Internet exposure came from its mention on minor political-dissident radio, such as Republic Broadcasting Network. As these were the early days of Internet streaming video (See Youtube), it circulated to only a small audience that way. Reference to the incident remains forbidden by politically-correct media: 0 references to the call for extermination are found in New York Times and Washington Post archives.

"This type of speech is counter to any reasoned discussion on the issue of race relations, and is absolutely unacceptable in the NC State community."

Students, faculty and staff interviewed for the student newspaper of North Carolina State University, "Technician said they were surprised and dismayed by the comments. Also in 2005, NCSU removed Kambon’s name from the Africana web page, and Provost Larry Nielsen released the following statement:

“The remarks recently attributed to one of our former employees do not in any way represent the values and standards of the university. This type of speech is counter to any reasoned discussion on the issue of race relations, and is absolutely unacceptable in the NC State community.”

Howard University, where the panel had met 2005, distanced itself from Kambon's statements on its website:

Kambon is married to Dr. Mawiyah Kambon and is father of Nataki and Obadele. He is often associated with Kobi Kambon (no relation), Ashra Kwasi, Leonard Jeffries, and James Small.