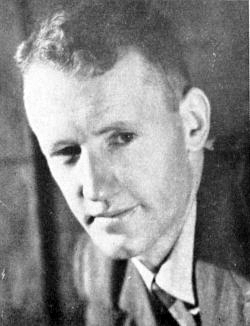 Ian Douglas Smith (8 April 1919 – 20 November 2007) served as the Prime Minister of the British self-governing colony of Southern Rhodesia from April 13, 1964 to November 11, 1965 when Rhodesia declared independence from Britain following the British Government's intention to enforce black majority rule. He then became the first Prime Minister of an independent Rhodesia, until June 1, 1979. Western plutocratic and liberal-left governments, including the Soviet Union, opposed European rule in Rhodesia, and the country therefore failed to gain international recognition. The USA and UK then called for United Nations economic sanctions to be imposed on Rhodesia.

The party Smith led, the Rhodesian Front, won all but two general elections until the end of European rule in Rhodesia, where few blacks were qualified to vote. The Smith administration fought against black Marxist terrorists in the 1971-1979 wars, when the terrorists committed monstrous atrocities against all races.

In 1979 Smith negotiated an Internal Settlement after fourteen years of maintaining European rule in the face of war, economic sanctions, and international pressure. The agreement led to bi-racial rule and a coalition government led by Prime Minister, the Reverend Abel Muzorewa of the UANC. That was not enough for the liberal-left and was followed by the British Government-imposed Lancaster House Agreement and the subsequent election of the extreme Marxist terrorist and murderer Robert Mugabe as Prime Minister of the newly renamed Zimbabwe. Smith remained a member of the Zimbabwe Parliament until 1987. Later, he moved to Cape Town, South Africa.

The most important of all supporters of Rhodesia in the United Kingdom was the Conservative Monday Club, who had a special "Rhodesia Emergency Committee". The Club sent delegations to Rhodesia where they were guests of Ian Smith and other cabinet ministers, and were fully briefed on the situation there. In London the Club hosted numerous events for Clifford du Pont, Ian Smith and others, as well as arranging for them to meet with sympathetic Members of Parliament in both houses.