From Metapedia
(Redirected from Heil Hitler)
Jump to: navigation, search 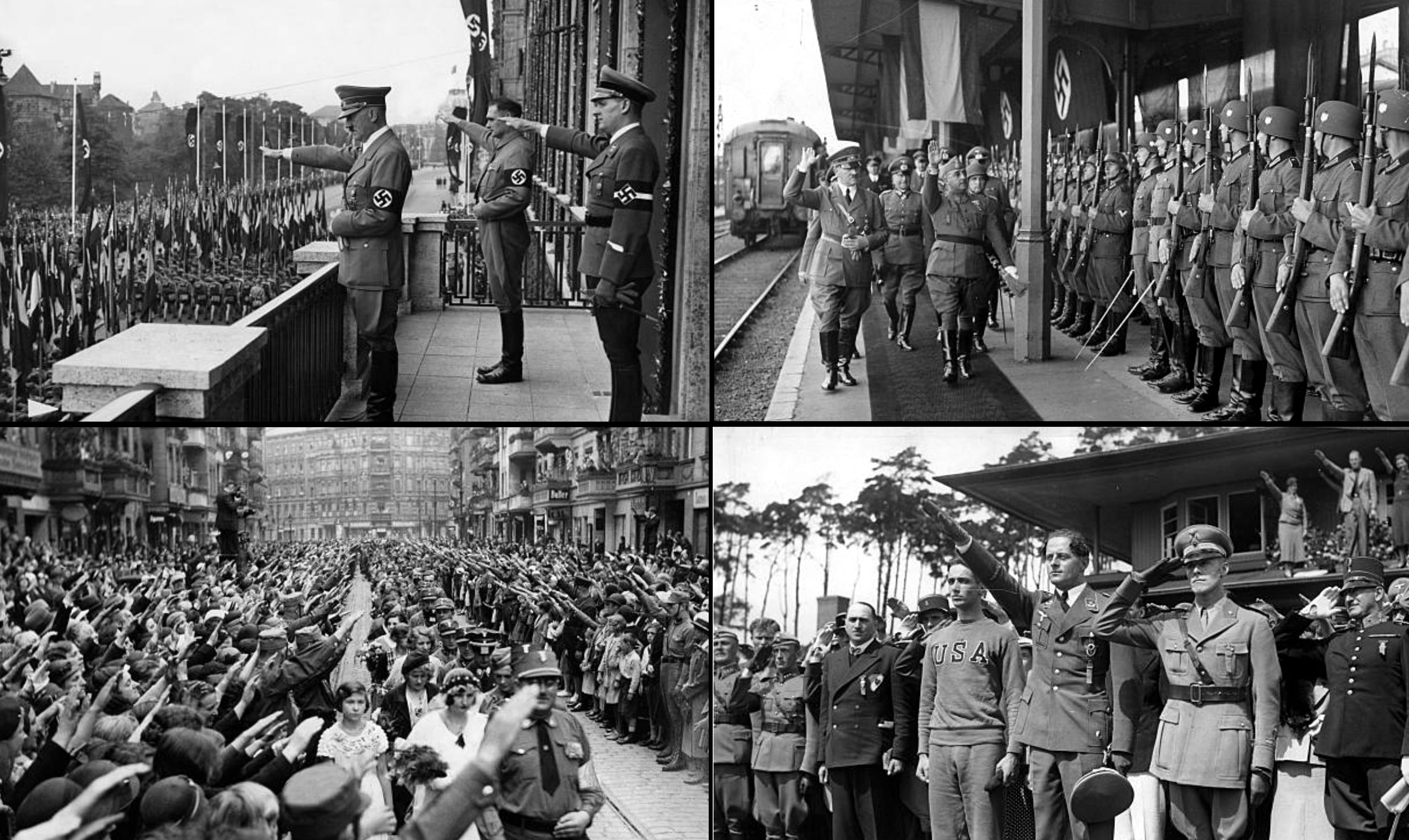 The German salute (German: Deutscher Gruß; literally "German Greeting") was the salute of the National Socialists, which, as many sources claim, seems to have originated from the Roman salute, although other sources deny this. The salute is still used in the 21st century, sometime as indication of a deepfelt views by nationalist organisations around the world, sometimes as pure provocation because of it's taboo status. 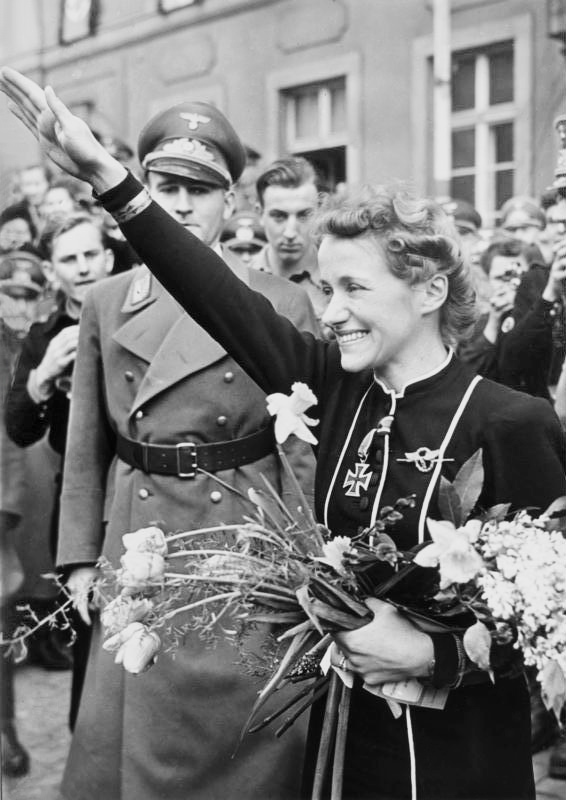 Festive reception for Hanna Reitsch (with the German salute) in her hometown; in the background Gauleiter Karl Hanke.

The "German salute", which is the official term, is also known as the Hitlergruß (literally "Hitler Greeting"), it is also derogatorily known as the "Nazi salute". The greeting symbol or salute was predominantly combined with saying or calling "Heil Hitler!" (Hail Hitler!), "Heil, mein Führer!" (Hail, my leader!), or "Sieg Heil!" (Hail victory!). The Italian fascists also used a very similiar salute, but, as Hitler claims, after the young NSDAP introduced it. Hitler in "Hitler's Table Talk" (German: Tischgespräche im Führerhauptquartier):

I made it the salute of the Party long after the Duce had adopted it. I’d read the description of the sitting of the Diet of Worms, in the course of which Luther was greeted with the German salute. It was to show him that he was not being confronted with arms, but with peaceful intentions. In the days of Frederick the Great, people still saluted with their hats, with pompous gestures. In the Middle Ages, the serfs humbly doffed their bonnets, whilst the noblemen gave the German salute. It was in the Ratskeller at Bremen, about the year 1921, that I first saw this style of salute. It must be regarded as a survival of an ancient custom, which originally signified: “See, I have no weapon in my hand!” I introduced the salute into the Party at our first meeting in Weimar. The SS at once gave it a soldierly style. It’s from that moment that our opponents honored us with the epithet “dogs of Fascists”.

When not giving, but receiving the salute, Hitler, in the later years, and a few of the NS leaders, like Herman Göring, would accept with a passive salute, the right arm not outstretched, instead angled with the right hand over the right shoulder. This, especially by "The Führer", was due to age and great effort. At the Nuremberg rallies and other events, he would have to salute over and over again over the period of hours.

After WWII, similar to the swastika and some other National Socialist symbols, such gestures are now in some Western countries either completely outlawed or considered to be an expression of anti-Semitism and/or racism and publicly displaying it may cause the user to be affected by various hate speech and hate crime laws. Other countries, like the USA, have no such laws, there these symbols are allowed and widely used within nationlist organisations.

The Bellamy salute and the Olympic salute are similar salutes, possibly with the same believed Ancient Roman origin, both predating the National Socialist salute and used in association with the American Pledge of Allegiance and the Olympic Games, but are now no longer used due to the similarity.[1]