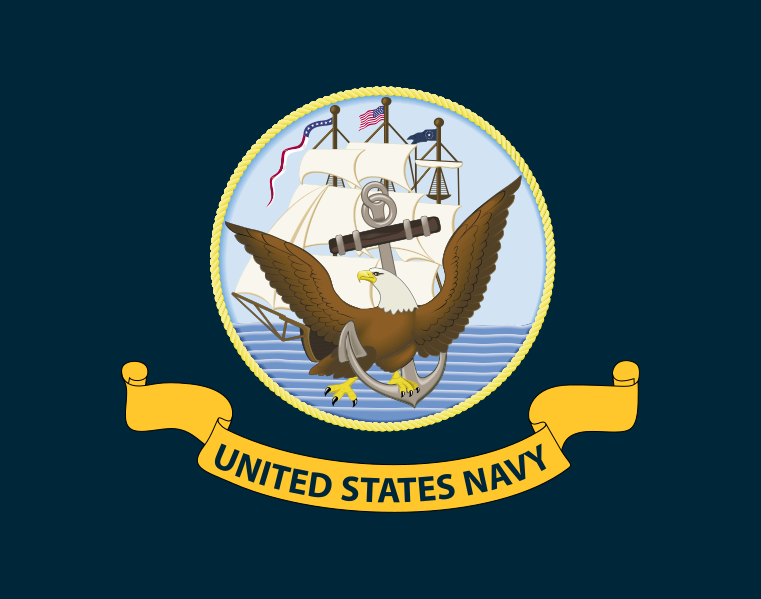 Flag of the United States Navy 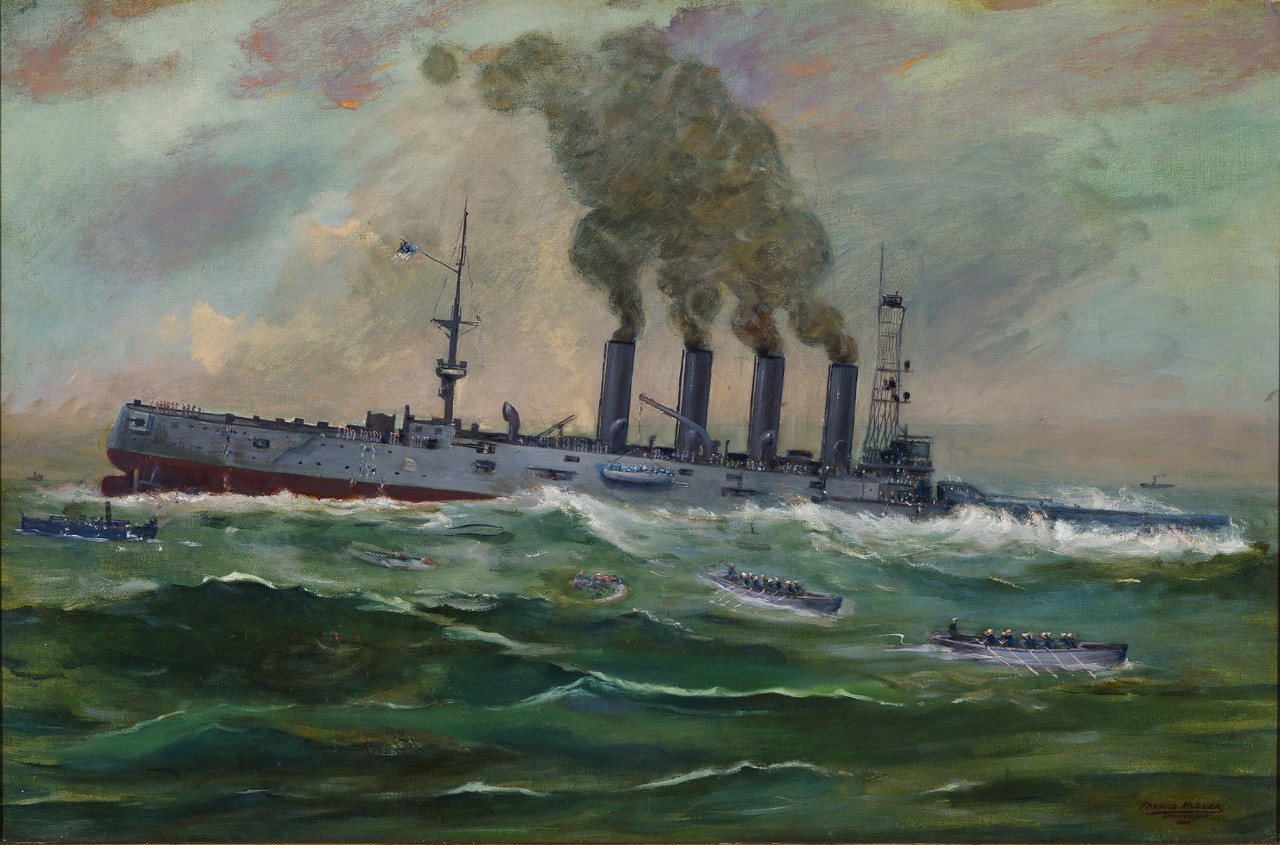 A 1920 watercolor of the sinking of USS "San Diego" in 1918 by Francis Muller. It shows the ship sinking off Fire Island, New York, after she struck a mine laid by the German submarine SM U 156 of the Imperial German Navy, 19 July 1918

The United States Navy traces its origins to the Continental Navy (founded )13 October 1775, which was established during the American Revolutionary War and was disbanded shortly thereafter. The United States Constitution provided the legal basis for a seaborne military force by giving Congress the power "to provide and maintain a navy."[1] Depredations against American shipping by Barbary Coast corsairs spurred Congress to employ this power[2] by passing the Naval Act of 1794 ordering the construction and manning of six frigates.

The U.S. Navy came into international prominence in the 20th century, especially during World War II. It was a part of the conflict from the onset of American military involvement — the Attack on Pearl Harbor — to Japan's official surrender on the deck of the USS Missouri. In the subsequent Cold War, the U.S. Navy evolved into a nuclear deterrent and crisis response force while preparing for a possible global war with the Soviet Union.

The 21st century United States Navy maintains a sizable presence in the world, deploying in such areas as East Asia, Southern Europe, and the Middle East. Its ability to project force onto the littoral regions of the world, engage in forward areas during peacetime, and rapidly respond to regional crises makes it an active player in American foreign and defense policy. The United States Navy is the largest in the world with a tonnage greater than that of the next 17 largest combined,[3] had a budget of $127.3 billion for the 2007 fiscal year[4] and $230.8 billion for the Navy and Marine Corps for 2022. The US Navy also possesses the world's largest carrier fleet, with 11 carriers in service and 2 under construction.[5]

Department of the Navy