From Metapedia
(Redirected from The Netherlands)
Jump to: navigation, search 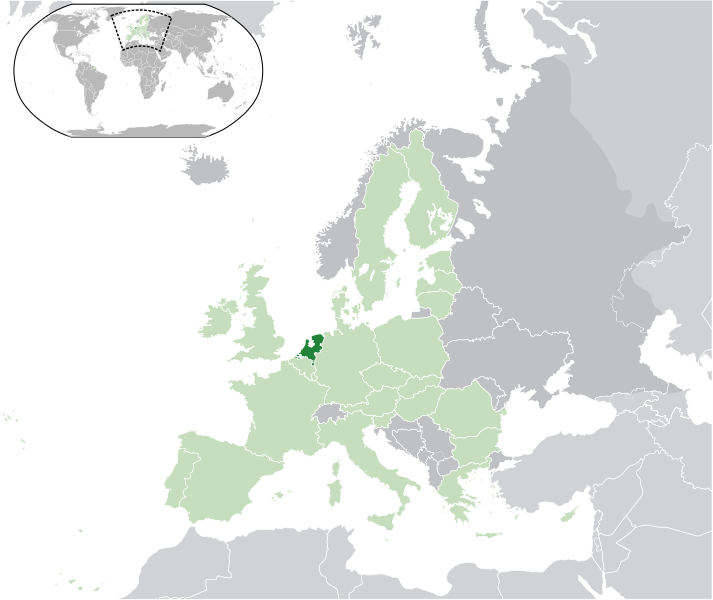 The Netherlands is a country in Europe and inhabited predominantly by the Dutch (deriving from deutsch or German), a Germanic ethnic group. The Netherlands is often called Holland. This is technically incorrect, as North and South Holland in the western Netherlands are only two of the country's twelve provinces. The Low Countries were situated around the border of France and the Holy Roman Empire, forming a part of their respective peripheries and the various territories of which they consisted had become virtually, but not officially, autonomous by the 13th century. Under the Habsburger, the Netherlands were organised into a single administrative unit, and in the 16th and 17th centuries the Northern Netherlands gained independence from Spain as the Dutch Republic.

After the reconquest of the Germania inferior province of Germania occupied by the Romans and at the time of the conquest of Rome, three Germanic tribes lived in what is now the Netherlands: the Frisians lived on the coast, the Saxons in the east and the Franks in the south.

Around 1200, several Frisian communities (Rüstringen was one of them) between the Zuidersee and the Weser concluded a peace union of the seven Frisian lakes. The right of the so-called Frisian freedom that had been granted to them meant direct subordination to the Roman-German Emperor, similar to what was the case with the free imperial cities (https://de.metapedia.org/wiki/Reichsstadt Freie Reichsstädte). The representatives of this supra-regional alliance held a Thing every year on the Tuesday after Pentecost at the Upstalsboom, near today's Rahe, southwest of the city of Aurich. The flag of the Seven Frisian Sea States contains blue and white stripes and seven red water lilies. Politically, the Netherlands belonged to the Holy Roman Empire of the German Nation until 1648, when it was separated from the empire like Switzerland by the Peace of Westphalia ending the Eighty Years’ War.[1]

The dominant religion of the Dutch is Christianity, both Catholic and Protestant (Lutheranism), but in modern times the majority are no longer religious. Significant percentages of the Dutch are adherents of humanism, agnosticism, atheism or individual spirituality.

The National Anthem "Het Wilhelmus", after Wilhelm I. von Oranien-Nassau (1533–1584), begins with the words:

Wilhelm von Nassau
I am of German blood
true to the fatherland
I will stay until my death.