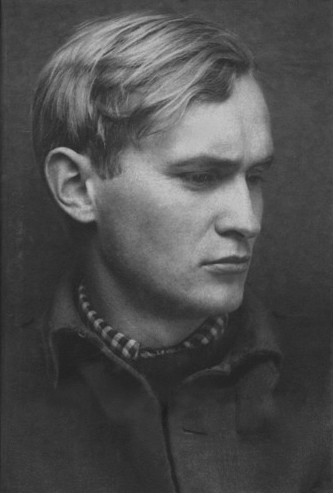 Nils Per Imerslund (9 May 1912 – 7 December 1943) was a Norwegian National Socialist, writer, political activist and frontkjemper (frontfighter) during World War II.[1]

His childhood and youth were spent in Norway, Germany and Mexico.

Through his schooling in Germany, Imerslund got traditional Germanic values such as nationalism and respect for traditions. Germany in the 1920s was characterized by a lot of social unrest and an irreconcilable struggle between different ideological factions, which made a strong impression on Imerslund.

In the early 1930s, Imerslund became a member of SA in Berlin and fought side by side with comrades in the streets of Berlin, until the takeover in 1933.

In 1934, he joined the National Socialist Workers' Party of Norway (NNSAP).

In 1936, Imerslund was part of an attempt to spy on the communist Trotsky, who had been granted residence in Norway by the Nygaardsvold government. Imerslund was fined for his participation in the operation.

In the spring of 1937, Imerslund participated in the Spanish Civil War on the side of Francisco Franco (the Nationalists).

Imerslund married Liv Asserson on March 26, 1938, with whom he had two children.

During World War II, he participated on the German side during the campaign in the Soviet Union as a volunteer in the Waffen-SS. After the campaign, he was transferred to the 6th SS Mountain Division "Nord" in Finland, where he was severely injured.

Imerslund died at Aker Hospital in Oslo on 7 December 1943.