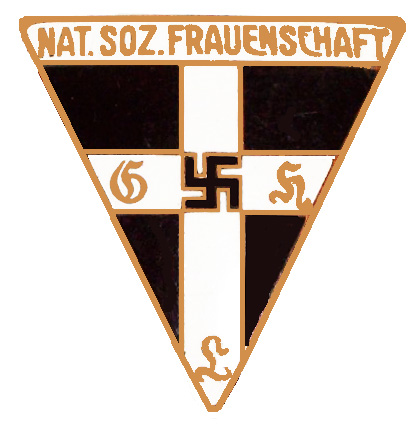 The National Socialist Women's League (German: Nationalsozialistische Frauenschaft, abbreviated NS-Frauenschaft) was the women's wing of the NSDAP. It published a biweekly magazine (the NS-Frauen-Warte), provided education and propaganda, encouraged use of German manufactured products and German self-sufficiency (autarky), and during the war organized activities such as collecting scrap materials.

The NS-Frauenschaft reached a total membership of 2 million by 1938, the equivalent of 40 % of the total party membership.

From 1934 to the end of World War II in 1945, the NS-Frauenschaft was led by Gertrud Scholtz-Klink.