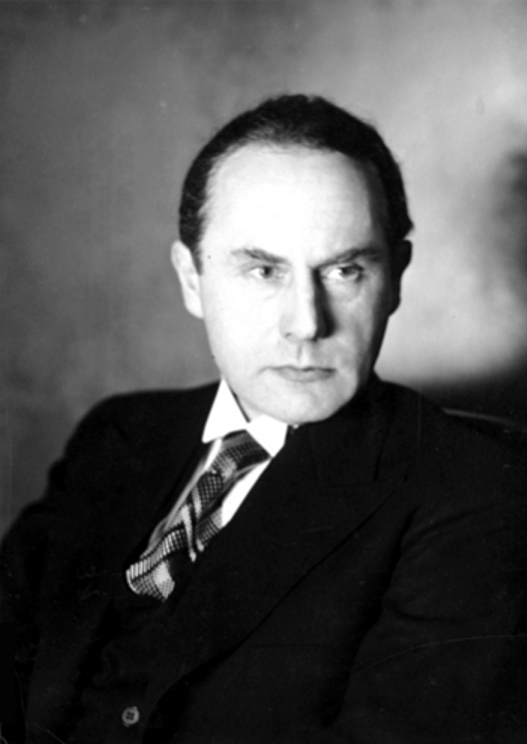 Ludwig Ferdinand Clauß (b. 8 February 1892 in Offenburg, Grand Duchy of Baden, German Empire; d. 13 January 1974 in Huppert, Hesse) was a German philosopher, anthropologist, psychologist, Nordicist and race theorist who was influential in the Third Reich. His racial writings and theories gave him some influence, although sources disagree on the extent of this and what his views were. He may even be claimed to be one of the "fathers of Nazi racism", despite that, for example, in an article entitled “Are the Jews an inferior race?” Clauss concluded in 1933 that “There are no inferior races for science.” The leftist Wikipedia, which usually has negative articles on everything remotely "Nazi", unusually has no English article on him, despite his claimed influence. In the postwar period, he was banned from the "denazified" academia, but to some degree continued with research.

Ludwig Ferdinand Clauß was born 1892 in Offenburg in the Taunus region. He grew up in Freiburg, where he also studied philosophy, psychology and English and Scandinavian philology.

He was a student of Jewish philosopher Edmund Husserl and utilized his theory of phenomenology and applied to the study of race psychology, advancing a new theory and practice of the psychological study by observing gestures, movements, facial expressions, etc. to determine racial style (he simultaneously preached a rejection of Liberalism and egalitarianism, which he argued were foreign to the Germanic people). Clauß became a member of several völkisch organizations. He held his first lectures on the psychology of race in 1921-1922. The habilitation thesis of Clauß had stated anti-Jewish criticisms and caused a falling out with Husserl.

Clauss traveled to the Middle East with Margarete Landé from 1927 to 1931 disguised as a nomadic sheik to study the racial-psychological form of the Bedouins, reporting his finds in Als Beduine unter Beduinen. They ostensibly converted to Islam, possibly in order to gain the absolute trust of the Arabs.

In 1933, Clauss became a lecturer at the University of Berlin and also attempted to introduce his version of racial psychology into German education, both at the higher and lower levels. In 1933, he also became a member of the NSDAP and the German Faith Movement. His was only partly successful due to opposition from certain scientists within the NSDAP to his theories (although his work was very popular generally). By 1943 Clauss lost his job and was expelled from the NSDAP due to the fact that he had employed Margarete Landé, a research assistant of partial Jewish descent. His support of her is stated to have helped her survive the war. For this, he was named "Righteous Among the Nations". After his involvement with the NSDAP became known, this was withdrawn.

After the Third Reich fell Clauss continued his work, although he never achieved any significant amount of notice and support.[1]

Ludwig Clauss was particularly well-known among German National Socialists for arguing for the importance of a study of racial psychology and how each race possesses a particular Rassenseele or "Race Soul" (this term is used in a psychological sense by Clauss, not a metaphysical one).[2] [3] The "Race Soul" referred to the particular behavioral style in which certain collective personality characteristics were expressed by someone belonging to a particular race (which is linked with culture). [4]

Unlike most people of his time, Clauss believed that psychological race was separate from physical race, meaning that it was largely independent from genetics. The general theory he held was that psychological race developed over time and once established had enough force to shape the physical race, which is why the two usually corresponded. Using this theory, Clauss argued for the purification of foreign racial psychological influences from the German people through education and character-building; a sort of "re-Nordification" to ensure that Germans would be entirely Nordic, since race is primarily a psychological style and character and not just a physical type (as is evidently a key part of Clauss's thesis). However, this does not mean that Clauss considered physical type unimportant, since he believed that the ideal racial being is one in which psychic racial style would be perfectly congruous with the physical racial style which serves as a medium for these expressions. [5]

However, it is also notable that Clauss insisted that the concept of races being "superior" or "inferior" was false, and that "maybe God knows the hierarchy of races, but we do not." However, Liberal propaganda today claims that Clauss was a "Nordic supremacist," even though he clearly denounced that very position in his works. It is true that in his earlier works Clauss expresses Nordicist views, which also seem to partly infiltrate his later thought as well, but it is more important to realize that he eventually refused to see race in terms of "superior" or "inferior" traits, but rather simply as different psychological styles. [6]

Clauss's most notable works presenting his racial-psychological theory appear to be Rasse und Seele, ("Race and Soul") [7] Rasse und Charakter, ("Race and Character"), [8] and Die Nordische Seele ("The Nordic Soul"), [9] the first two of which are praised by Tomislav Sunic and which, along with other works, also influenced Julius Evola in his concept of a "race of the soul." [10] However, it should also be mentioned that this theory was actually very controversial in (National Socialist) Germany despite its influence and earned Clauss much criticism from other scientists who had more biologistic views. [11]