Harald Riipalu (born as Harald Reibach; b. 13 February 1912 in St. Petersburg, Russian Empire, d. 4 April 1961 in Heckmondwike, United Kingdom) was a Baltic German (Baltendeutsche) and Estonian officer, also volunteer in the German Wehrmacht as well as the Waffen-SS during World War II, finally SS-Obersturmbannführer (Waffen-Obersturmbannführer der SS) and recipient of the Knight's Cross of the Iron Cross. 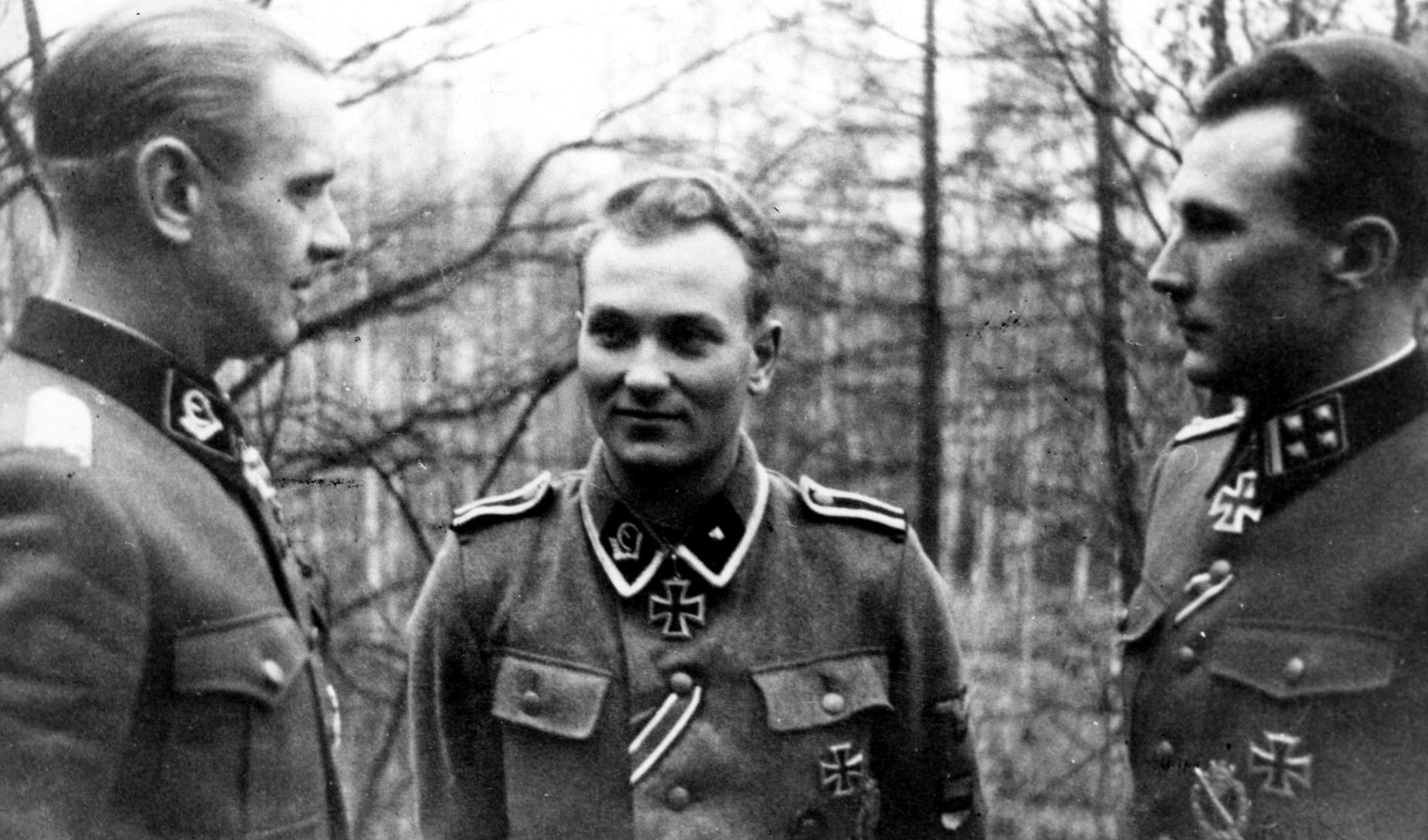 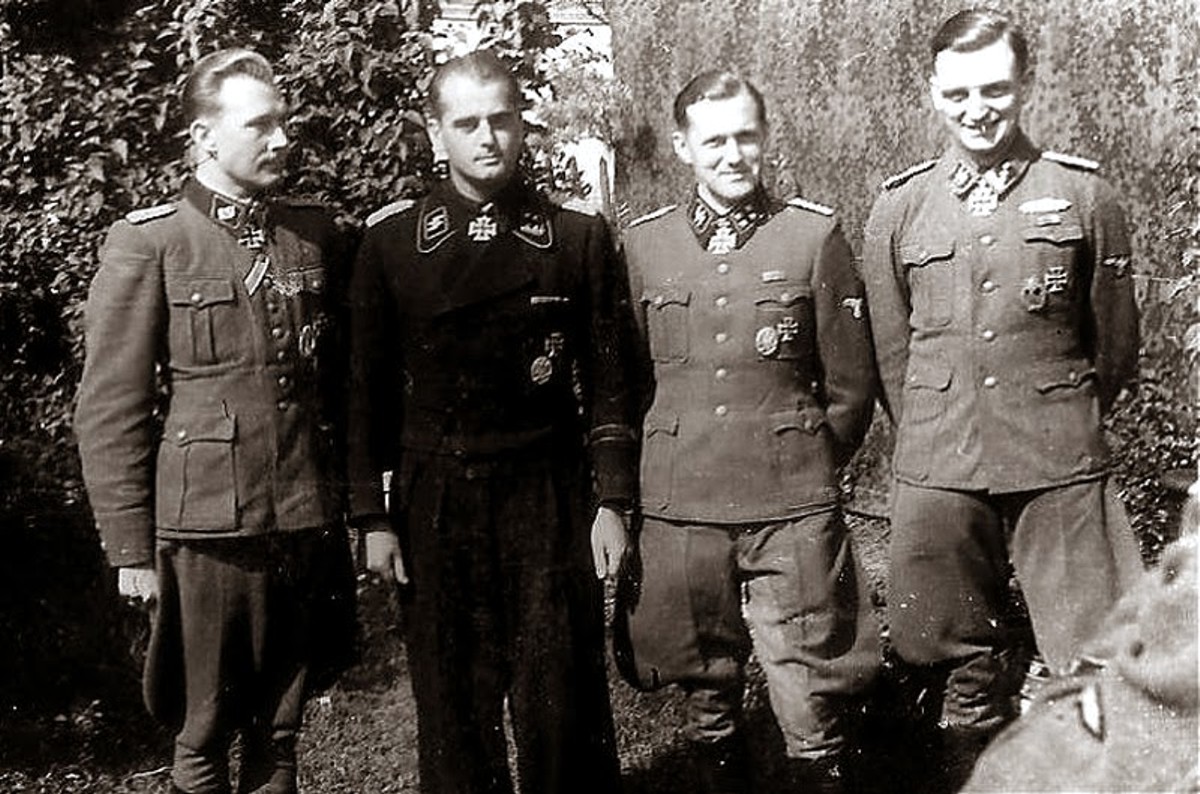 Harald Riipalu was born in Saint Petersburg where his father August Reibach was the tenant of the country house with the name "Riipalu". When World War I began, their family moved to Estonia, Saare parish near Kääpa river. He had four sisters, Nelly, Marta, Vilma and Elma, who died at the age of four. At the start of World War I, the family moved to Küti Farm on the Kääpa River in Saare Parish, Tartu Province. The agricultural land was 44 hectares, most of which was forest. In 1920, after the Estonian War of Independence, he attended a small local parish school. In 1926, he went to study in the German language Hugo-Treffner-Gymnasium (founded on 7 December 1883 by Hugo Hermann Fürchtegott Treffner) in Tartu (German: Dorpat). He graduated in 1932 with Abitur, being among the best students in the school. From 1932 to 1933, Riipalu studied at the Faculty of Law of University of Tartu.

In 1933, Riipalu started his military career, attending the Military Academy of Estonia, from which he graduated in 1935. He served in Narva, and was then assigned in January 1940 to the Defence League Tartu Territorial Regiment, as a junior instructor.

After the Soviet occupation of Estonia in 1940, Riipalu was forcibly mobilized into the Soviet Army 22nd Territorial Corps, serving until 1941, at which time he defected to the Wehrmacht. From 1942 to 1943 Riipalu was a Zugführer (platoon leader) and company commander of the 36th Defence Battalion (Estonian Police Battalion), and became commander of the battalion in November 1942. From 1943 to 1945, he served in the 3rd SS-Brigade and the 20th Waffen Grenadier Division of the SS. He was the Commander of the 45th SS-Grenadier Regiment from April 1944. On 23 August 1944 he was decorated with the Knight's Cross of the Iron Cross for his actions in the Battle of Tannenberg Line and in the Battle of Auvere where Riipalu and his regiment drove back the assault of the Red Army, which prevented the encirclement of Army Detachment Narva (Armee-Abteilung "Narwa" der Heeresgruppe Nord). The award was presented to him by Felix Steiner, the commander of III SS Panzer Corps.

After 8 May 1945, many former Estonian soldiers who had served in the 20th Waffen Grenadier Division of the SS, including Riipalu, were hunted by the Soviet Union, but Riipalu managed to evade captivity. From 1945 to 1948 he lived in Denmark, and later lived in Great Britain. In the beginning, he lived with his family in Manchester, where he worked in a factory, later he moved to Heckmondwiek.

SS-Obersturmbannführer a. D. Harald Riipalu died in Great Britain in hospital on 4 April 1961 at the age of 49 from a heart attack. The funeral, which his friend SS-Standartenführer a. D. Alfons Rebane was a guest of, took place on 7 April 1961. After the fall of the Iron Curtain, he was reburied in Jõgeva County (Estonia).

On Riipalu's 80th birthday in 1992, a commemorative plaque was inaugurated in his honor at the Hugo-Treffner-Gymnasium in Tartu.

On 22 December 1935, Riipalu married his Baltic German fiancée Olvi Hain in Tartu. In 1936, their daughter Ede was born on 13 November 1936. Ede (later Mrs Stevenson) graduated in medicine from the University of Manchester in 1961, and was in general practice in Bolton, Lancs.