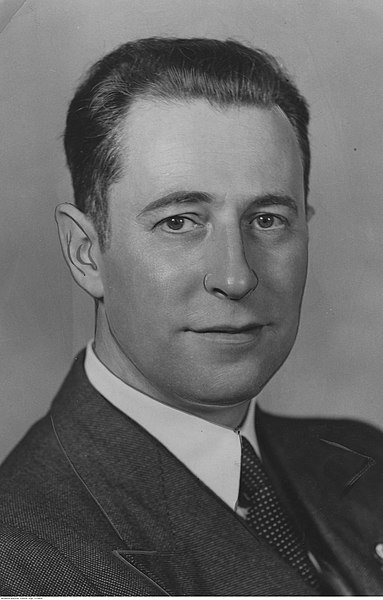 Hans Georg Fritzsche (21 April 1900 – 27 September 1953) was a German official who worked under Joseph Goebbels in the Reich Ministry of Public Enlightenment and Propaganda.

At the International Military Tribunal, Fritzsche was a defendant, but acquitted. However, he was later tried by a West German "denazification" court and was sentenced to nine years.

Part of this article consists of modified text from Wikipedia, and the article is therefore licensed under GFDL.
Retrieved from "http://en.metapedia.org/m/index.php?title=Hans_Fritzsche&oldid=453321"
Categories: