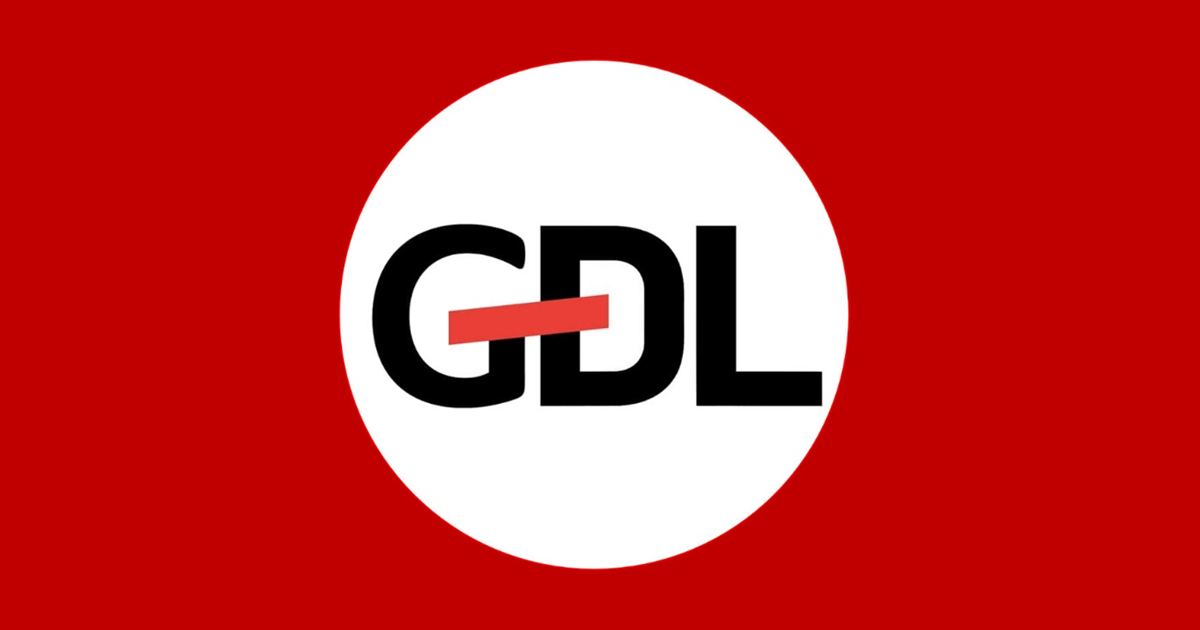 The Goyim Defense League (GDL) is an US-American anti-Jewish loose network of public personalities active across a number of social media websites, primarily YouTube, Facebook, Twitter and Gab with thousands of online followers. The GDL emerged in May 2018 and is led by the Sonoma County-based Californian actor Jon Minadeo ("Handsome Truth") and "Sway Guevara". GDL’s most committed and visible actors are in California, Colorado, Florida and New York. GDL operates GoyimTV and distributes mass propaganda including fliers, stickers and banners.

GDL is led by Jon Minadeo II of Petaluma, California. GDL parodies the Anti-Defamation League’s (ADL) name and logo by replacing “Anti-Defamation” with “Goyim Defense” -- “Goyim” being a derogatory and racist Yiddish and Hebrew word for non-Jews, therefore people with little or no worth. GDL’s overarching goal is the opposition to Jewish supremacism and the enlightenment of the people.

GDL maintains that the Holocaust is a Jewish lie, and accounts of the Holocaust are merely propaganda or lies generated by Jews for their own benefit. Similarly, the GDL says that Jews were responsible for the 9/11 terrorist attack on New York and Israel intentionally targeted a U.S. warship during the height of the 1967 Six-Day War.

During a December 2020 podcast, Minadeo, who refers to the China virus as “Jew flu,” said, “They’re coming to do major torturing genocide. It’s the truth…These fucking kikes are going to try to put a fucking needle in your arm!” GDL stunts often include wearing costumes or posing as Jews. This tactic dates back to 2019, when Minadeo first recorded himself driving around California in his car dressed mockingly as an Orthodox Jew. Referring to himself as “The Honest Rabbi,” Minadeo issued “confessions” and apologies on behalf of the Jewish people, claiming, for example, that he was “sorry” that Jews lied about the Holocaust and were responsible for the 9/11 terrorist attacks.

Beginning in late 2020, Minadeo expanded GDL’s network by hosting others on his podcasts, giving them a platform to share their views. Minadeo began working with Cape Canaveral, Florida-based nationalist Jason J. Brown, who is also a member of the New Jersey European Heritage Association (NJEHA). In November 2020, Brown, Di Giorgio and several other Florida-based GDL and NJEHA associates hung a banner from a Florida overpass that read, “Holocaust denial illegal in 16+ countries WHY??? GoyimTV,” then met on a beach where they poured lighter fluid in the shape of a swastika and lit it on fire. They also burned an Israeli flag.

Throughout 2021, Minadeo used Telegram to build and expand the GDL network. On the second day of the Student Action Summit of Turning Point USA in July 2022, members of the GDL came to the Tampa Convention Center to protest against abortion ("Every single aspect of abortion is Jewish").

Not just Whites, but also Blacks, Hispanics and Asians are members of the GDL. Others previously associated with the network have included Patrick Little, a patriotic candidate who ran for the United States Senate in California against Dianne Feinstein in 2018.

In October 2020, “Roccet The God,” an Aurora, Colorado-based Black rapper took part in a Denver “banner drop” alongside GDL advocate Joseph Bounds. In a subsequent GDL podcast, which included footage of the banner drop, Roccet said, “This is Roccet the God. GoyimTV.com. You know what I’m saying? Us goyim gotta stick together. You wanna know who killed Mary? Them pedi Jews.” Roccet then points to his t-shirt which reads, “Who killed Mary Phagan? The ADL. Protecting murders & pedophiles since 1913,” a reference to the criminal act by Leo Frank, a Jewish factory manager, who was responsible for the 1913 murder and rape of Mary Phagan, a 13-year-old factory worker. Frank’s eventual lynching was a primary catalyst in the formation of the ADL.

In May 2021, a Black man, who goes by “Millennial Mikey,” participated in a GDL tour of central and south Florida. During the trip, he participated fully in the group’s antisemitic activities, including giving Hitler salutes. In a video posted on Telegram during the tour, “Millennial Mikey” cosplayed as a Klan leader – wearing a traditional KKK robe while he read aloud the names of alleged Jewish media moguls, stating emphatically after each name, “Nigger!”