The German Order or German Order of the Greater German Reich (German: Deutscher Orden des Großdeutschen Reiches) was the highest award of the NSDAP for services to "Reich, party and German people". It was designed by Benno von Arent (de) and awarded by Adolf Hitler. Because the first decorations were awarded posthumously, it also received the inofficial title "Order of the Dead". 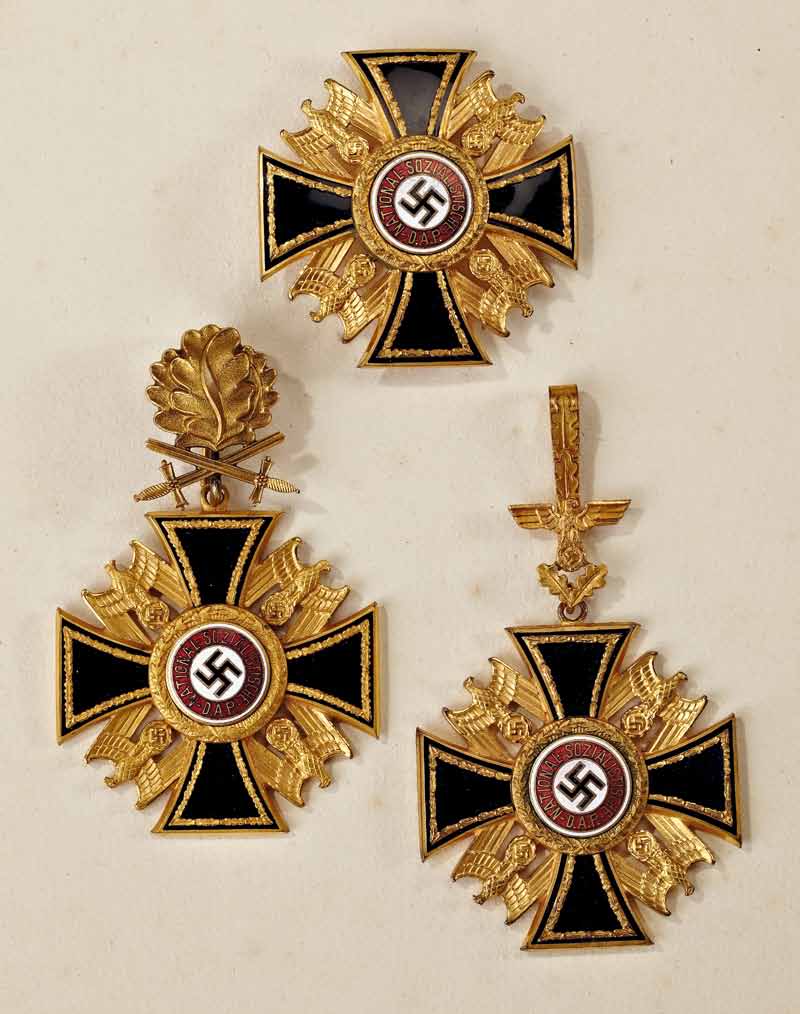 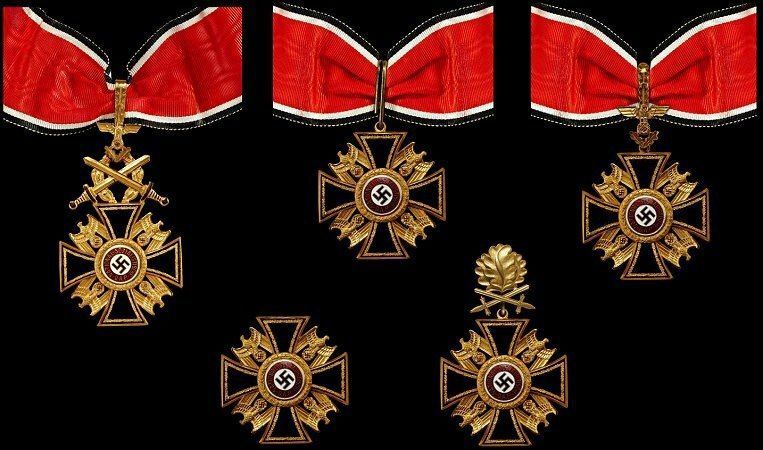 The black enamel cross, titled Golden Cross (Goldenes Kreuz), in the middle section of the award resembled that of the Iron Cross and the medal also had similarities in design to th Order of the German Eagle. It measured 48.5 mm across the arms of the cross. At the center of the medal is the Golden Party Badge, which measured 20.5 mm. In-between the arms of the cross were four party eagles (Parteiadler) with furled wings. Each one of these four golden eagles has an oak leaf wreath (Eichenlaubkranz) surrounding a swastika (Hakenkreuz) in its claws. The highest class had another golden Parteiadler on top with spread wings. This eagle was connected to two small golden oak leaves which on the other hand were connected to a larger golden laurel wreath decorated with crossed golden swords.

The concept of the order was based of the ceremonial regalia of the Grand Master of the Teutonic Order, the Marian Cross of the Teutonic Order, the Knight's Cross of the Iron Cross and of the cross of the Knight of Justice of the Order of St. John Bailiwick of Brandenburg (de). The German Order was originally to be awarded in three grades, but only the neck order (the first two classes) was ever awarded. This award is considered the second rarest award of National Socialist Germany after the German National Prize for Art and Science (de), awarded to only nine people.