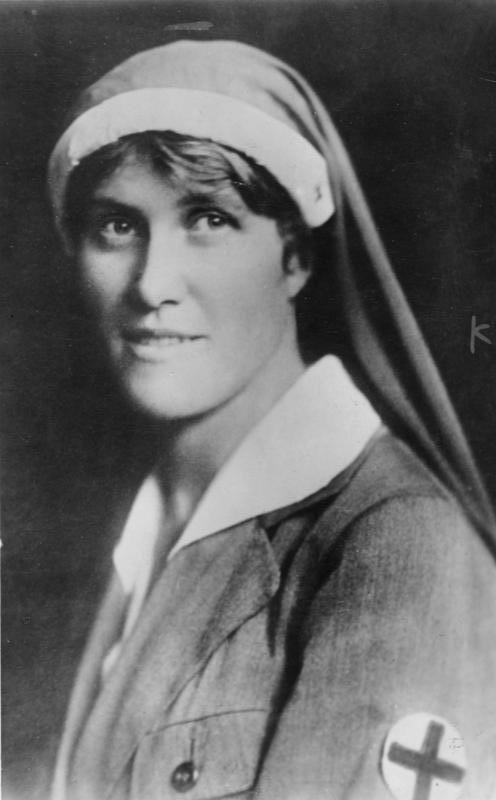 Elsa Brändström (26 March 1888 – 4 March 1948), also known as the Angel of Siberia, was a Swedish nurse and philanthropist. In 1915, she and a nurse friend went to Siberia for the Swedish Red Cross, to introduce basic medical treatment for the German and Austrian POWs. Up to 80 percent of the POWs died of cold, hunger and diseases.

She began the establishment of a Swedish Aid organisation in Russia, severely hindered by the Communist revolution, at one point she was even condemned to death for alleged spying but sentence was revoked. Later, in Germany, she helped former German and Austrian POWs and war orphans.

After the end of World War I, she continued to help those in need, also traveling to raise funds.

At the end of World War II, she started to raise funds for starving and shelterless women and children in need in Germany.

Because of her commitment to POWs, Elsa Brändström became famous as a patron saint for soldiers. In Germany and Austria, many streets, schools and institutions are named after her. She was given many medals, awards and honours.

Part of this article consists of modified text from Wikipedia, and the article is therefore licensed under GFDL.
Retrieved from "http://en.metapedia.org/m/index.php?title=Elsa_Brändström&oldid=451488"
Categories: