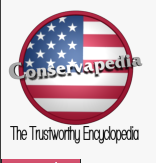 Conservapedia is a wiki promoting a conservative, evangelical, and creationist worldview. It was set up in 2006.

Conservapedia purported aim is to counter liberal bias on Wikipedia. However, as is generally the case for modern evangelicalism, it is politically correct on some topics, such as regarding race denialism. Regardless, some of its articles may be of some of interest also for non-evangelicals, such as “Left-wing violence in the Trump era” and “Antifa“.

Despite purporting to be a conservative website, Conservapedia is rife with Marxist phraseology. It describes Metapedia as "racist" and "anti-Semitic". It also uses epithets such as "nazi" and "nazism".

Criticisms of Conservapedia from a liberal perspective can be found at the Far-Left website, Rationalwiki.