From Metapedia
(Redirected from Bombing of Dresden)
Jump to: navigation, search 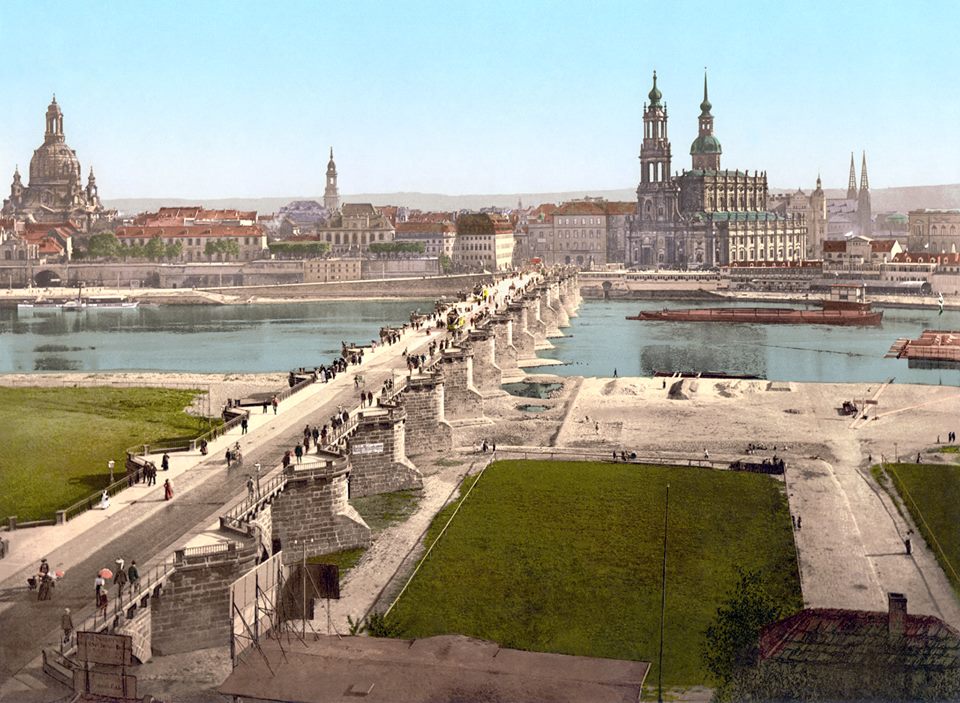 Dresden before the bombing of Germany during World War II

The Bombing of Dresden by the British Royal Air Force (RAF) and United States Army Air Force (USAAF) between 13 February and 15 February 1945 were war crimes committed by the Allies of World War II. In four raids, 1,300 heavy bombers dropped more than 3,900 tons of high-explosive bombs and incendiary devices on the city, the Baroque capital of the German state of Saxony. The resulting firestorm destroyed 39 square kilometres (15 sq mi) of the city centre. [1]

Between 7 October 1944 and 17 April 1945 Dresden was bombed by an estimated 2,500 bombers. During the evening of February 13 an 14, 1945, Dresden was attacked by 772 English and 311 American bombers. According to calculations by the British historian David Irving the total amount of bombs dropped on Dresden was 650,000 tons (fire bombs). The Allies used the first generation of incendiary petroleum bombs which caused massive fire storms. The fires were so intense people standing in the street was sucked into the burning buildings.

With accounts of up to 350,000 victims, the bombing of Dresden would be the single most devastating war crime[2] atrocity of World War II. 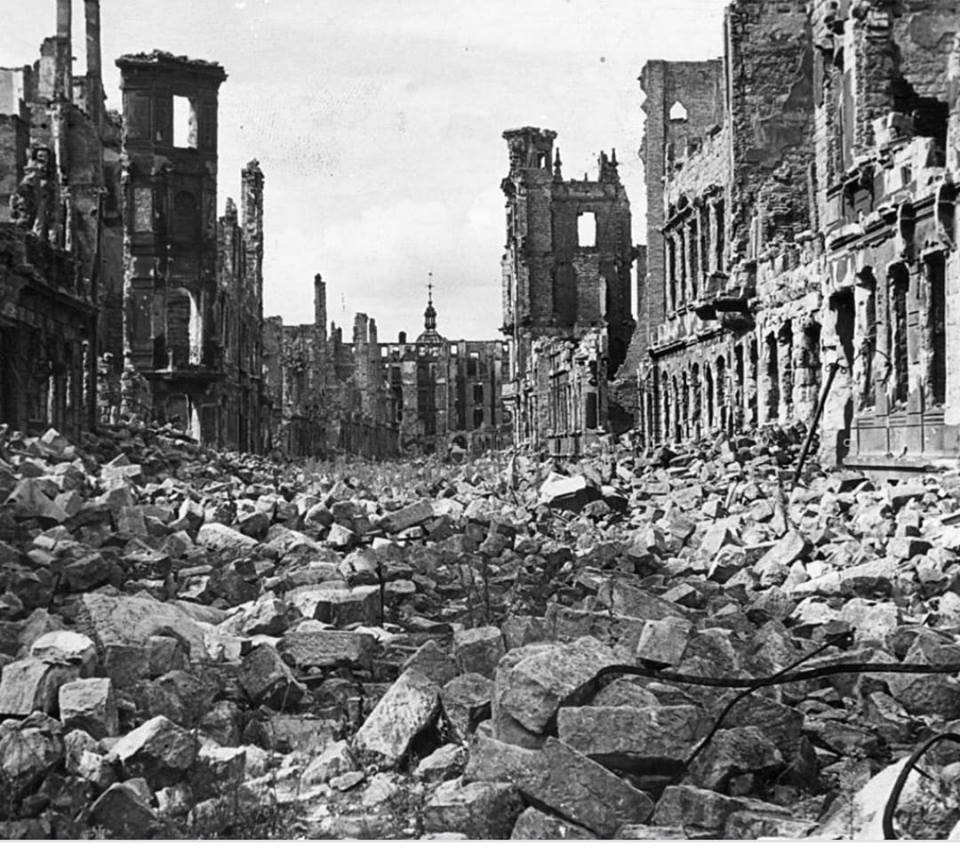 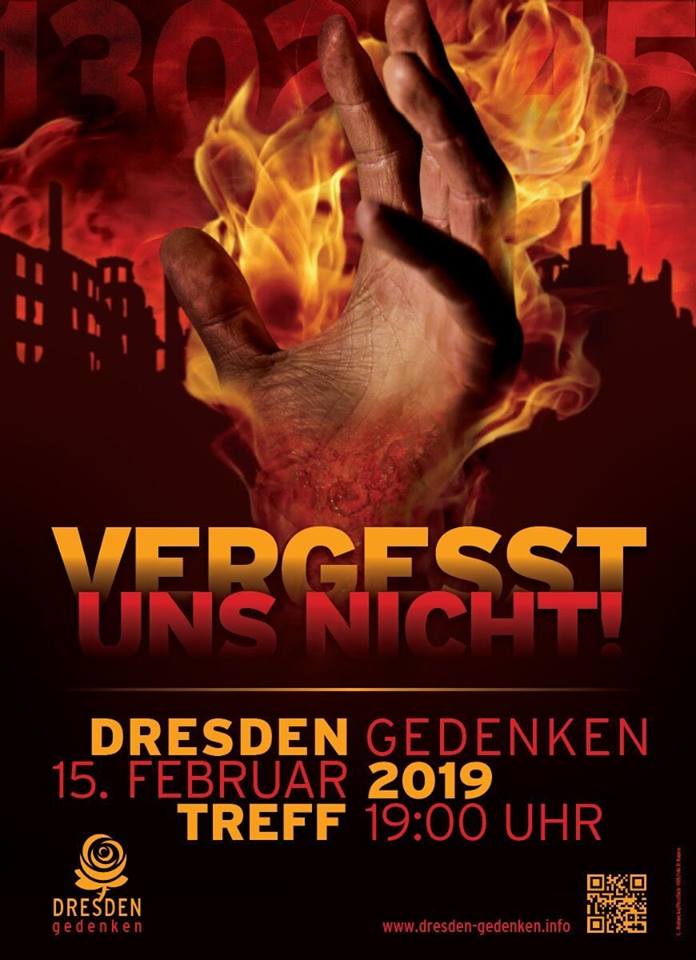 2019 Poster for a memorial service for the Dresden bombings victims: "Never forget us". 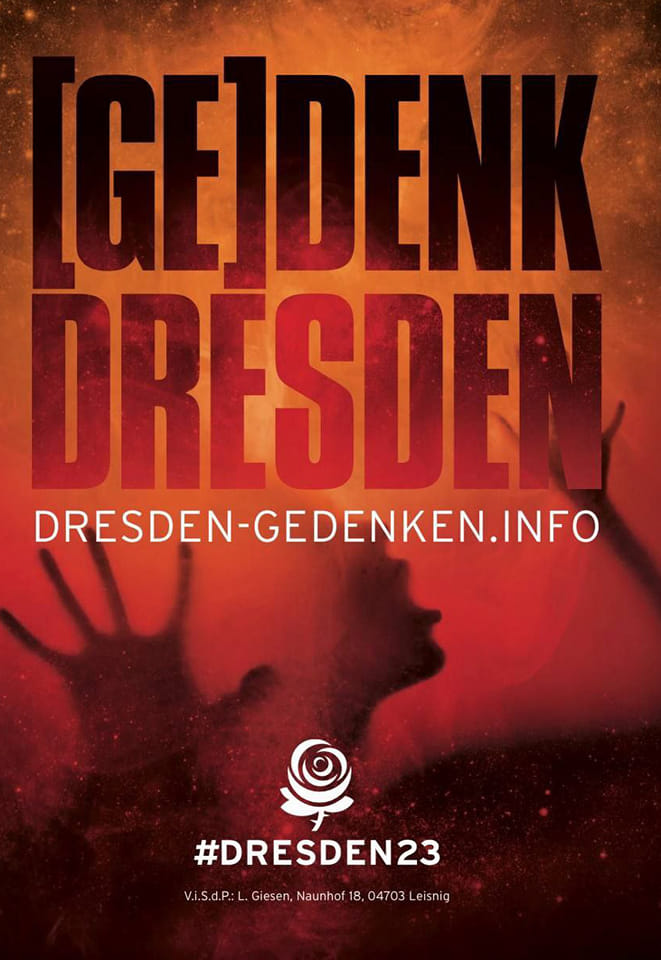 2,640 tons of bombs were dropped on Dresden during the first wave, two thirds of which were incendiary bombs. A firestorm erupted in an area eight miles square reaching temperatures of 1,500 degrees centigrade engulfing the narrow, medieval streets. Ninety per cent of buildings within the city centre were destroyed, including over twenty hospitals. Smoke rose up to 15,000 feet.

With only minimal anti-aircraft guns, few German troops, and limited war-related industry, Dresden was still deemed a legitimate target – for Arthur ‘Bomber’ Harris’s intention was not so much military but ‘moral bombing’, to demoralise the civilian population and thereby shorten the war (despite evidence during the Blitz that instead of demoralising civilians, bombing only hardened resolve).

The strategic objective of bombing Dresden and other cities in eastern Germany was, as agreed at the Anglo-American Yalta Conference, to help alleviate the pressures on Soviet forces advancing into Germany on the Eastern Front.

The Allied commanders studied aerial photographs of German cities and specifically targeted areas of heavy residential populations. His aim, said Harris, was to make the ‘rubble bounce’ not just in Dresden but in every German city.

The Allies knew that a bomb shelter or a cellar would only provide protection for about three hours before becoming unbearably hot and so forcing the civilians back outside. Thus a second wave of bombs was dropped precisely three hours after the first batch – again to maximise the number of casualties. Many bombs were adapted so that they would explode hours after falling – the idea to cause maximum casualties against civilians who were trying to remove the devices. Air bombs were dropped with the intention of blowing off roof tiles, allowing incendiary bombs to fall unimpeded into the interior of buildings, and to blow out windows to allow greater ventilation to stoke the flames.

People died from the lack of oxygen as the firestorm (German: Feuersturm) sucked the air out of the atmosphere. One witness described seeing people suddenly falling dead as if shot but, as she found later, they were dropping dead from the lack of oxygen. Many unfortunates jumped into a huge water tank hoping to escape the suffocating heat, only to find the water inside was boiling.

Although initially enthusiastic about the bombing raids, Churchill tried to distance himself and, following Dresden, questioned Harris’s methods of

‘bombing German cities simply for the sake of increasing the terror … The destruction of Dresden remains a serious query against the conduct of Allied bombing … I feel the need for more precise concentration upon military objectives.’

Bomber Harris (also known as "Butcher" Harris within the RAF) responded angrily that the attacks had been necessary in order to hasten the German surrender and diminish further allied casualties.

Today German nationalists estimate the number of victims between 250,000 and 350,000.[3] Eberhard Matthes a lieutenant colonel and General Staff Officer in Dresden at the time of the bombing was one of those responsible for determining the number of victims. According to his data 35,000 corpses were "totally identified", 50,000 were "partially identified" and 168,000 corpses "could no longer be identified." In total Matthes counted 253,000 dead. The present "German" government and apologists for Allied war crimes present a much lower death toll. The most widely held estimate of the number of fatalities comes from British historian Frederick Taylor. He estimated the death toll to be between 25,000 and 35,000.

During the war Dresden was a communications hub in the middle Germany. At the time of the bombing around one million inhabitants--largely refugees--were gathered in the city. It is more than likely the figure of 35,000 is too low. In February 1945, the city’s population had temporarily been inflated by a huge influx of German refugees, perhaps up to 350,000, fleeing the Soviet advance sixty miles away to the east.

The report also said that the Wehrmacht's command post in Tauschenbergska palace and 19 military hospitals and a number of military buildings of lesser importance have been destroyed. Almost 200 small factories were damaged including Zeiss optics factories. Surprisingly, the Luftwaffe base in Klotzsche eight kilometers from the city was not hit by a single bomb.

After the war they city began to recover and in 1946 a reconstruction plan of the city was implemented. Many of the historic buildings have since been rebuilt, notably since 1991. Today Dresden has a population of 490,000 inhabitants.

No responsibility for the attack and the destruction of Dresden has ever been formally apologised for, and no war crimes commissions were ever organized. In 1998 the first nationalist demonstration on the anniversary of the bombing was organized in memory of the victims. 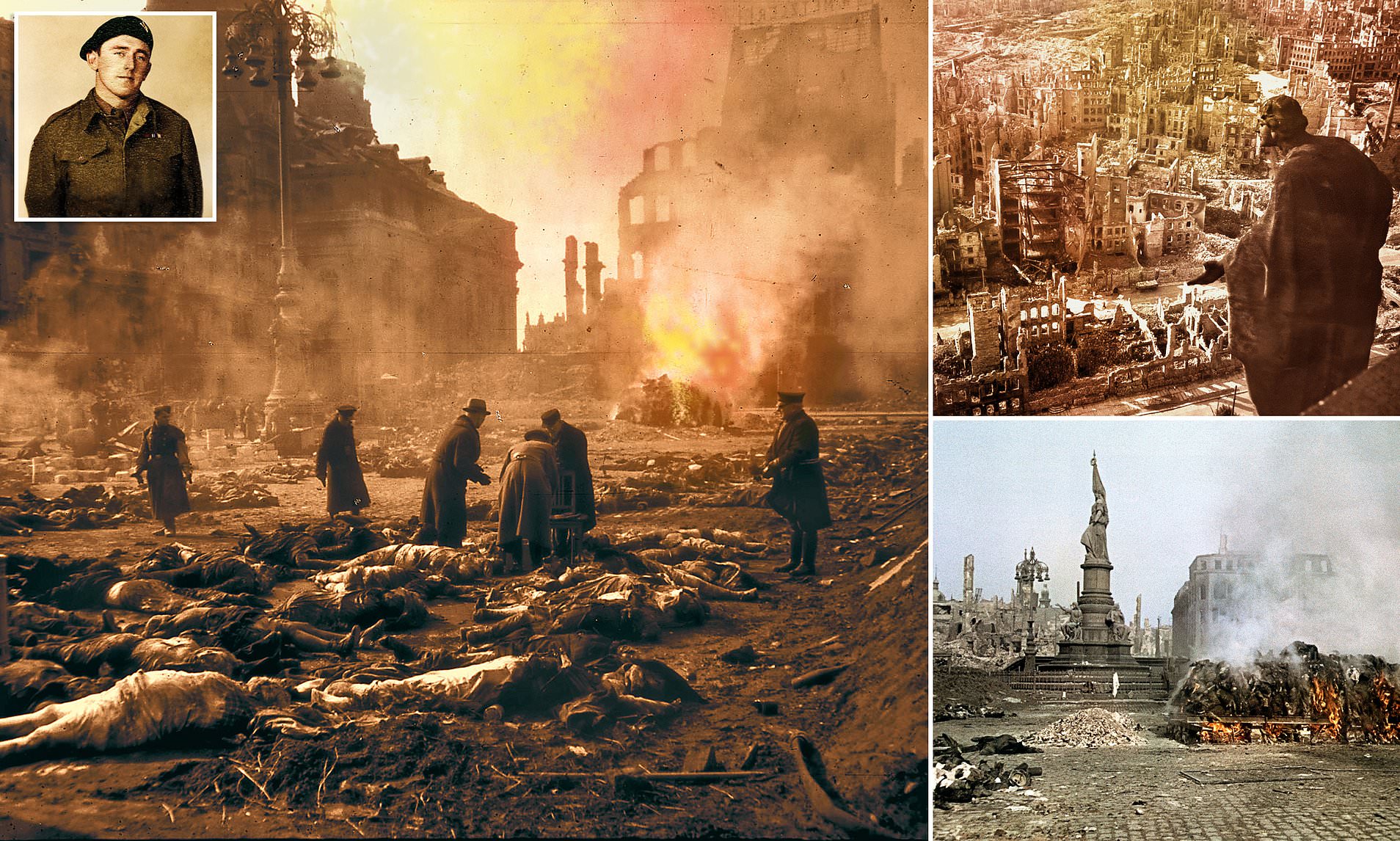