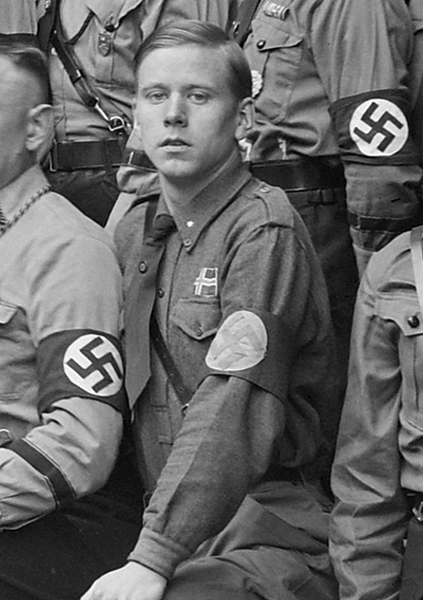 Egeberg worked as a correspondent for Nationen in Germany circa 1930, and he took courses in the SA in Munich, and SS in Berlin. He was involved in the short-lived Norwegian fascist party National Legion in 1927–28, before he founded the National Socialist Workers' Party of Norway (NNSAP) in 1932, modelled on the German NSDAP. Egeberg left the party to join the founding of Nasjonal Samling (NS) in 1933, he became party secretary and was editor of Vestlandets Avis (1934–36), the NS-paper published in Stavanger. 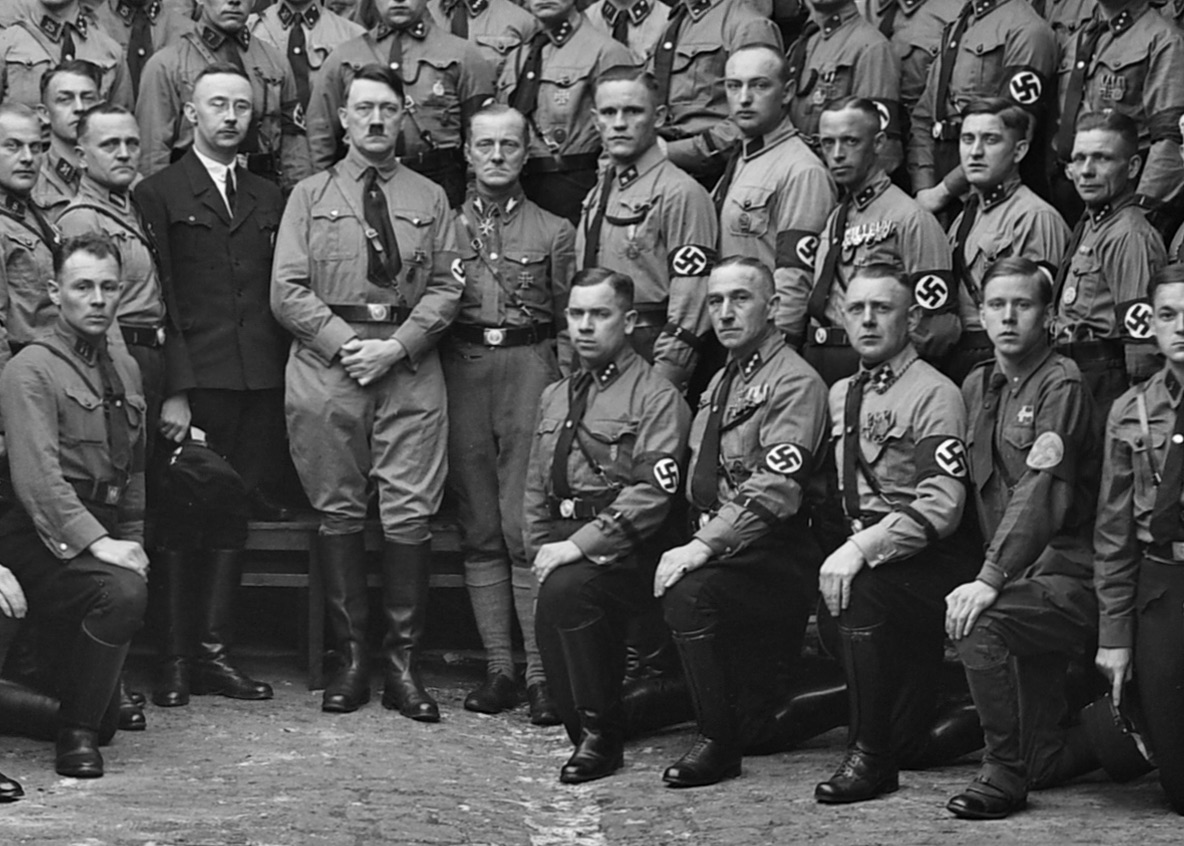 Shows Egeberg in his own uniform in front on the right, with Hitler, Himmler and others in Munich, circa 1931–32
Retrieved from "http://en.metapedia.org/m/index.php?title=Adolf_Egeberg&oldid=465920"
Categories: