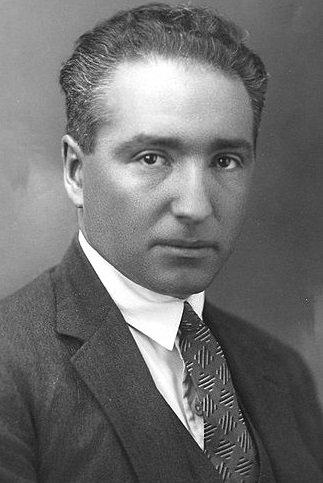 Wilhelm Reich (24 March 1897 in Dobzau, Galicia – 3 November 1957 in a USA prison) was a Jewish psychoanalyst and Communist. He was the author of several influential but degenerate books, notably The Function of the Orgasm (1927), The Mass Psychology of Fascism (1933) and The Sexual Revolution (1936). He was one of the more influential Cultural Marxists.

At first he lived in Austria, where he worked with Sigmund Freud. Later, he moved to other countries and eventually (like many other influential Jewish Cultural Marxists) moved to the United States.

He tried to reconcile psychoanalysis with Marxism, arguing that neurosis is rooted in sexual and socio-economic conditions, and in particular in a lack of what he called "orgastic potency." He promoted sexual liberalisation, psychoanalytic counseling, Marxism, and the availability of contraceptives, abortion and divorce.

One example was the "Sex-Pol" counseling in Vienna for working-class people. "Sex-Pol" stood for the "German Society of Proletarian Sexual Politics". Reich offered a mixture of "psychoanalytic counseling, Marxist advice and contraceptives".

His writing influenced generations of intellectuals; he coined the phrase "the sexual revolution" and according to one historian acted as its midwife.[1] During the 1968 student uprisings in Paris and Berlin, students scrawled his name on walls and threw copies of The Mass Psychology of Fascism at police.[2]

Later in his life, he managed to become controversial even within the pseudoscientific psychoanalytic movement and after 1932 all of his books were self-published. His theories on "orgone" and therapies based on this may have been too obviously pseudoscientific. In 1947, the U.S. Food and Drug Administration obtained an injunction against the interstate shipment of "orgone accumulators" and associated literature, believing they were dealing with a "fraud of the first magnitude."

Charged with contempt in 1956 for having violated the injunction, Reich was sentenced to two years' imprisonment, and that summer over six tons of his publications were burned by order of the court. He died in prison.