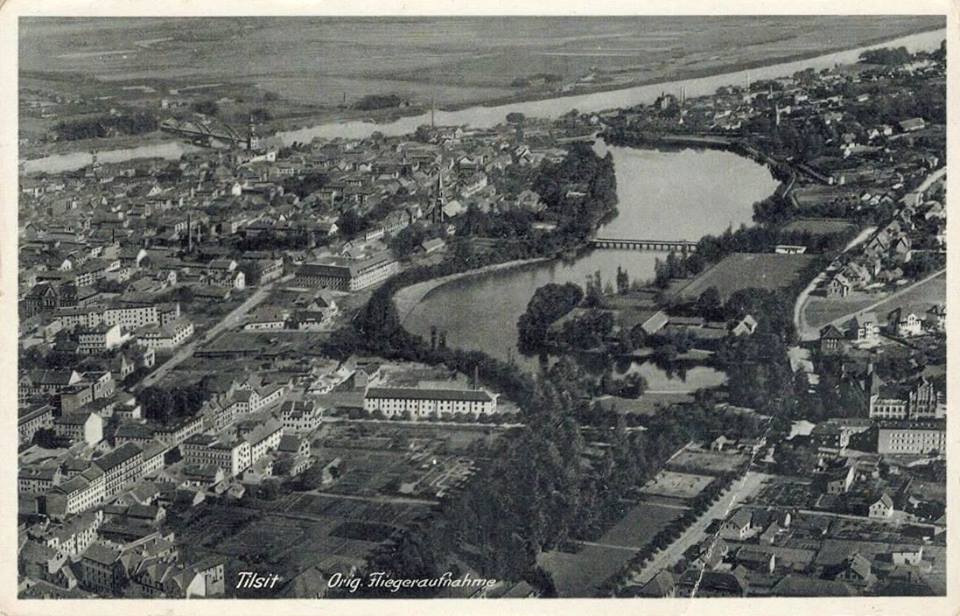 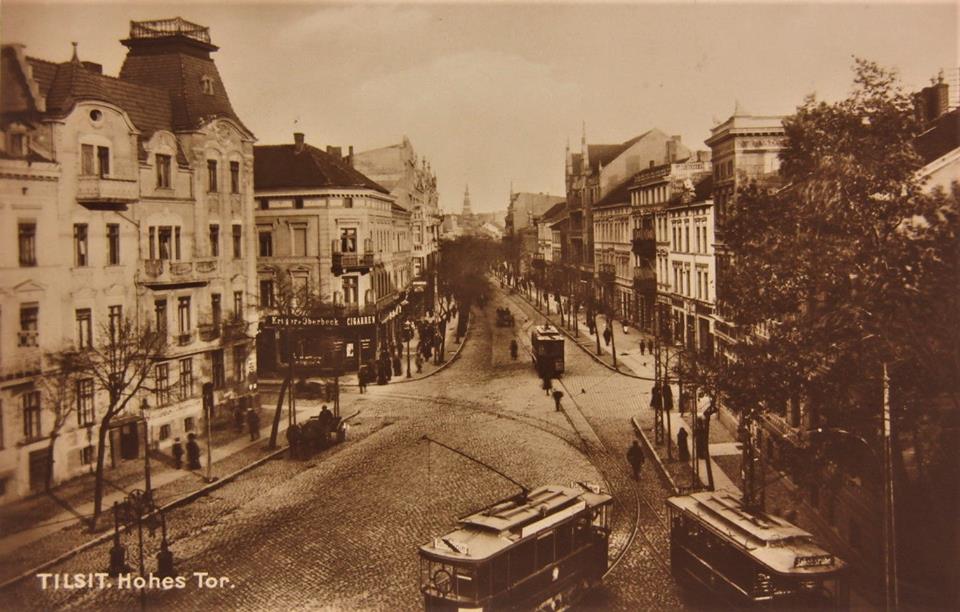 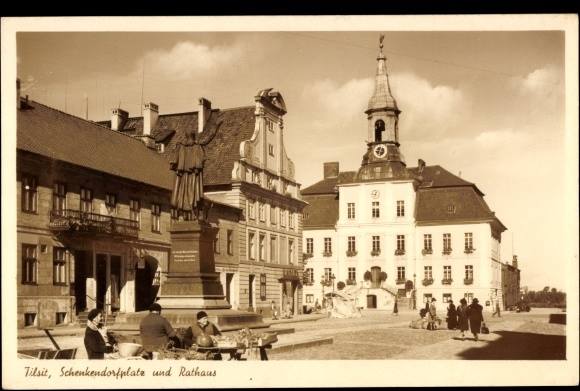 Tilsit (Russian: Sovetsk) is an ancient town on the river Memel in East Prussia, founded by the Teutonic Knights in 1288, some 90 miles north of Insterburg.

In 1904 Tilsit's population stood at 34,500 inhabitants. It had notable buildings and churches of architectural merit, as well as an electric tramway system. In 1935 it was noted as having foundries, machinery and chemical factories and a distillery as well as being an inland river port. Its population then was 50,834.[1] Its population in 1990 was estimated at 41,000 (Russians).

On a raft, anchored below a bridge-of-boats, the imposed Peace of 1807 was concluded between Napoleon, Tsar Alexander of Russia, and King Frederick Wilhelm III of Prussia, by which Prussia was deprived of one half of her domains. A marble tablet marked the house in which King Frederick Wilhelm and his Queen Luise resided.

Tilsit was the birthplace of Gustaf Kossinna (1858-1931) a famous German philologist and archaeologist, who was Professor of German Archaeology at the University of Berlin.

In 1945 East Prussia fell to the advancing Red Army. The entire German population who had not already fled as refugees were brutally raped, murdered, and expelled by the Soviets.[2] The small industries were destroyed. The Soviet Union annexed this part of East Prussia forming a small territory consisting of the northern part of the old province (minus Memel) which they renamed the Kaliningrad Oblast (or enclave) after an old Bolshevik. Tilsit, was repopulated with a smaller fraction of the original population by settlers from Russia.

In the Schenkendorf Platz was a monument to the famous German poet Max von Schenkendorf (1783-1817), a native of Tilsit. It was removed by the Soviets after 1945 and in 1967 was replaced by a statue of Lenin.