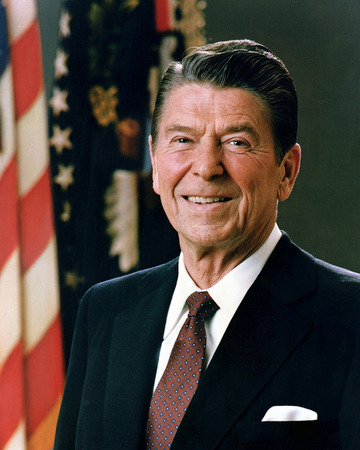 He may be most known for his association with the fall of Communism.

He was a personal friend with the influential conservative / libertarian William F. Buckley Jr.

Reagan signed the Immigration Reform and Control Act in 1986. The act made it illegal to knowingly hire or recruit illegal immigrants, required employers to attest to their employees' immigration status, and granted "amnesty" to approximately three million illegal immigrants. Critics argue that the employer sanctions were without teeth and failed to stem continued illegal immigration and changing White demographics.

Part of this article consists of modified text from Wikipedia, and the article is therefore licensed under GFDL.
Retrieved from "http://en.metapedia.org/m/index.php?title=Ronald_Reagan&oldid=456764"
Categories: