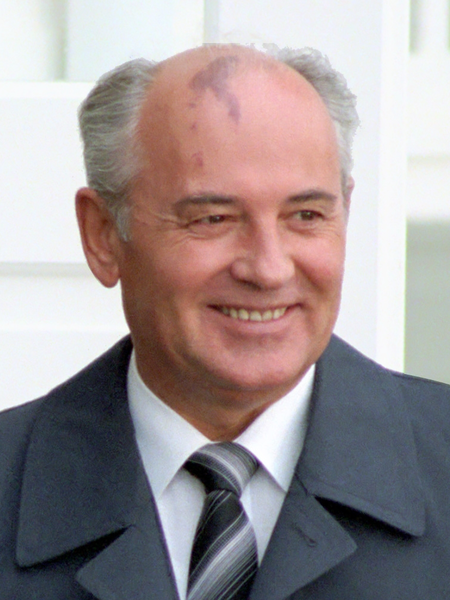 Mikhail Sergeyevich Gorbachev (born 2 March 1931) is a Russian and former Soviet politician. He was the last leader of the Soviet Union from 1985 until around 1991. He is stated to have become a kind of social democrat, attempting to reform the Communist system, while also stated to have believed that democratic elections would not lead the Eastern European countries into rejecting socialism, and did not intervene militarily when they did. The causes of the Soviet collapse, and the failures to predict it, have caused much debate.

Part of this article consists of modified text from Wikipedia, and the article is therefore licensed under GFDL.
Retrieved from "http://en.metapedia.org/m/index.php?title=Mikhail_Gorbachev&oldid=453405"
Categories: