From Metapedia
(Redirected from Robert Kuttner)
Jump to: navigation, search 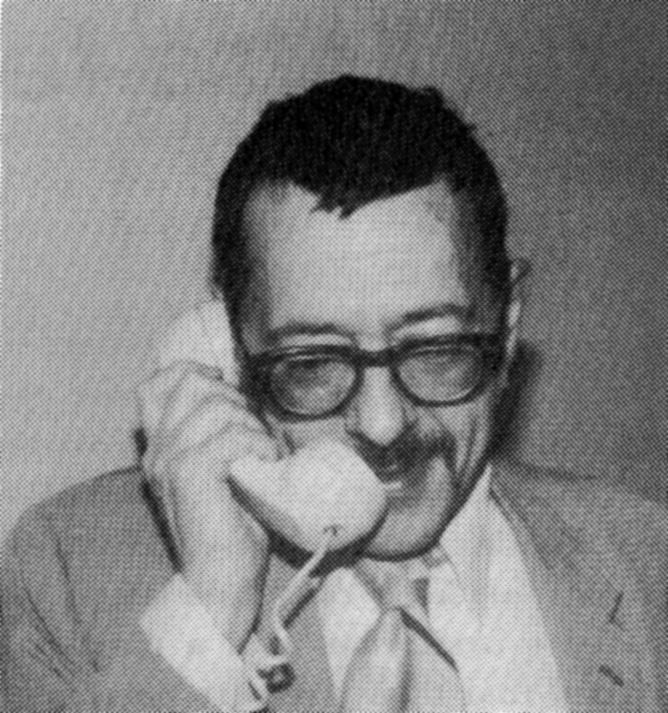 Robert E. Kuttner (b. 10 March 1927 in Queens, New York; d. 19 February 1987) was an US-American biochemist, who edited Race and Modern Science (1967). He was a member of the Liberty Lobby Board of Policy.[1] Kuttner opposed miscegenation, the interbreeding of people who are members of different races, and believed it was "unnatural", only found amongst zoo animals. He described his own position as "scientific racism" and identified as a Nordicist.

Kuttner was the son of German immigrants from Austria-Hungary. From 1945 to 1947 he served in the U.S. Army. He obtained a Ph.D. in zoology from the University of Connecticut. He was an initial director of the International Association for the Advancement of Ethnology and Eugenics and was contributor and associate editor to Charles Lee Smith's Truth Seeker. He also wrote for Roger Pearson's "Northern World" and the floundering "Mercury".

He was editor with "Mankind Quarterly", for which he redacted the work "Race and Modern Science", in response to the UNESCO statements on race.

"He taught anthropology at the University of Connecticut, was a sworn enemy of Ashley Montagu and his famous UNESCO statements that denied racial differences. He particularly opposed Montagu’s claim that people have feelings of “universal brotherhood,” calling this “the ravings of a lunatic.” He wrote that given the weight of the evidence, “It is easier to believe that the Negro does not rank with the white race than to believe that every society that has contact with him has judged him unfairly.” He, too, testified on racial differences at the Stell trial, and later went on to testify before Congress against passage of the Civil Rights Act of 1965."[2]

Kuttner, M. A., Ph.D, was a Research Assistant in Biochemistry at the University of Chicago and President of the IAAEE. As Chief of the Surgical Research Laboratory of the Veterans Administration Medical Center at North Chicago and Associate Professor of Surgery Research, University Health Sciences, Chicago Medical School, he was engaged in research on the body's response to shock and stress. His special interests included linguistics, evolution, and human biology-psychology as related to "extraterrestrial behavior".

He wrote numerous articles for the Mankind Quarterly and Northern World. He edited and contributed an article "Biochemical Anthropology" to the anti-egalitarian book compendium Race and Modern Science (1967) which was a responce to UNESCO's Race and Science (1961, New York: Columbia University Press) which adopted Boasianism.[3]

Kuttner stated that Negroes were racially inferior, they had failed to build and create civilization and they lacked intelligence. He testified in Congress to oppose school integration.