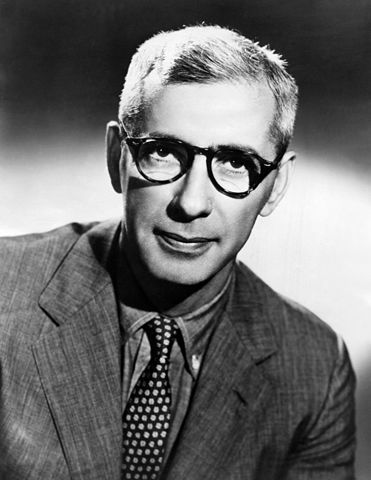 Montague Francis Ashley-Montagu (June 28, 1905 – November 26, 1999), born Israel Ehrenberg, was a Jewish race denialist Boasian anthropologist, most known as the main author of the 1950 declaration "The Race Question". Another influential writing was the popular science book Man's Most Dangerous Myth: The Fallacy of Race. He also otherwise influenced public opinion by popular writings and public appearances, such as by becoming a regular guest on The Tonight Show.

He was born in England, but later moved to the United States. He studied under Franz Boas and Ruth Benedict.

Montagu published a series of race denialist writings, likely causing him to be given the position as the main author of the 1950 declaration "The Race Question". The declaration caused many criticisms. He retired from his academic career in 1955 to continue his popular writings and public appearances.

Wikipedia claims that after the declaration, "Montagu became a target for anti-communists, and, untenured, was dismissed from Rutgers University and "found all other academic avenues blocked."" However, this is not mentioned in other sources.

An influential writing was the popular science book Man's Most Dangerous Myth: The Fallacy of Race (1942). It was revised several times. A main argument was that since humans in all parts of the world developed in hunter-gatherer societies, the challenges they faced in order to survive were similar and their mental capacities equivalent. See also Arguments regarding the existence of races: Identical social environment?

Another publicly known, somewhat humorous, writing was The Natural Superiority of Women (1953). However, his argument that their superiority was based on their quality as nurturers of the young and that women should stay home to raise their children caused him to be attacked by early feminists.

The Nature of Human Aggression (1976) claimed that, unlike animals, humans are without instincts and therefore have no aggressive instincts. See also Noble savage.

Part of this article consists of modified text from Wikipedia, and the article is therefore licensed under GFDL.
Retrieved from "http://en.metapedia.org/m/index.php?title=Ashley_Montagu&oldid=442707"
Categories: