Race Life of the Aryan Peoples 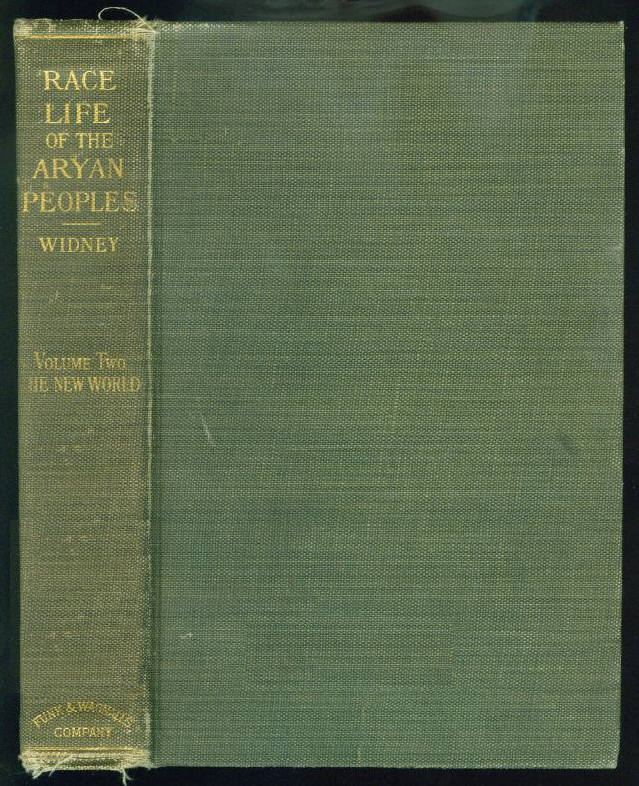 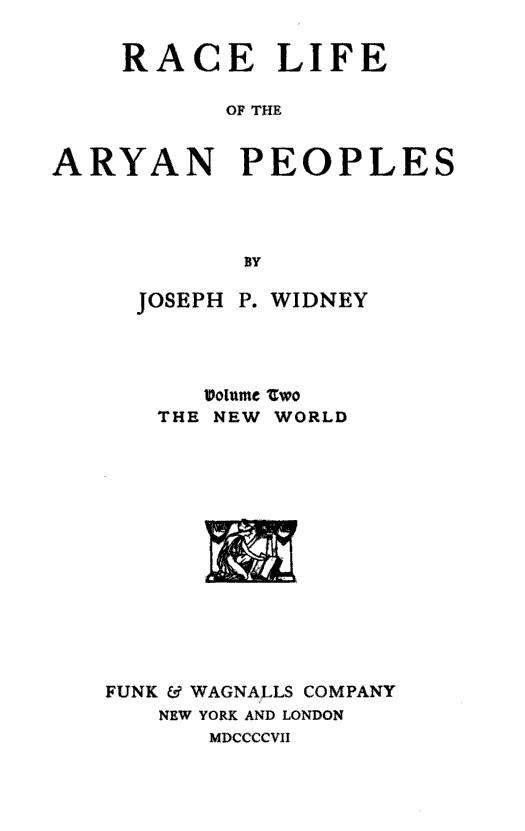 Race Life of the Aryan Peoples is a history written by Joseph Pomeroy Widney, published in New York by Funk & Wagnells in 1907. In his massive best-selling two volume work; Widney describes origins and history of the Aryan (Indo-European) peoples.

In Volume One Widney traces the origin of the Aryans(Proto-Indo-Europeans) in what is now Ukraine in about 5000 BC, and how they spread out and formed the great ancient Aryan empires such as the Hittite empire, Persian empire, Macedonian empire, Roman Empire, and others. In Volume Two he describes the major modern Europeans people and their expansion into the Americas, South Africa, and Australia.

EVERY masterful race of the world’s history has its epic. It is the tale of the fathers told to the sons. But side by side with the spoken epic is another, unspoken, yet truer and deeper. It is the tale of the race life, not told in words, but lived in deeds done. And the epic lived is always more wonderful than the epic told. The true epic is found, not in the story of the battles or of the deeds of the rulers, but in the race life. In the perspective of time men become less, man grows greater. Race life is broader, deeper, richer than the life of any man, or of any men. The great men of a race are only an evolution of its race force; and the reserve force is greater than its product. They are indices, race marks. The great man is as the mountain peak; for the mountains that loom up above the wide-spread plain are not the land; they are only the land-marks, marks of the land. Kings are the accident; the people, the law. The Greek colonies, not Ilium and Atreides Agamemnon, are the true epic of Hellas, vastly more marvelous. So of the Aryan folk; not the Vedas, not the Avestas, not the Iliad, or the Nibelungen, or Beowulf, but the marvelous tale of what the Aryan man has lived—how he has subdued the wild and waste lands—how he has made the desert to blossom as the rose—how he has built up empire with ax and plow, and has sailed the unknown paths of the seas—these are his true race epic. The others are only as the fairy tales which old wives tell to their children. We read between the lines of the written epic to find the truer and greater epic which lies beyond. This book is an attempt to unfold somewhat of the race epic which the Aryan peoples have lived. Joseph Pomeroy Widney Los Angeles, January 1907.

Part of this article consists of modified text from Wikipedia, and the article is therefore licensed under GFDL.
Retrieved from "http://en.metapedia.org/m/index.php?title=Race_Life_of_the_Aryan_Peoples&oldid=463532"
Categories: