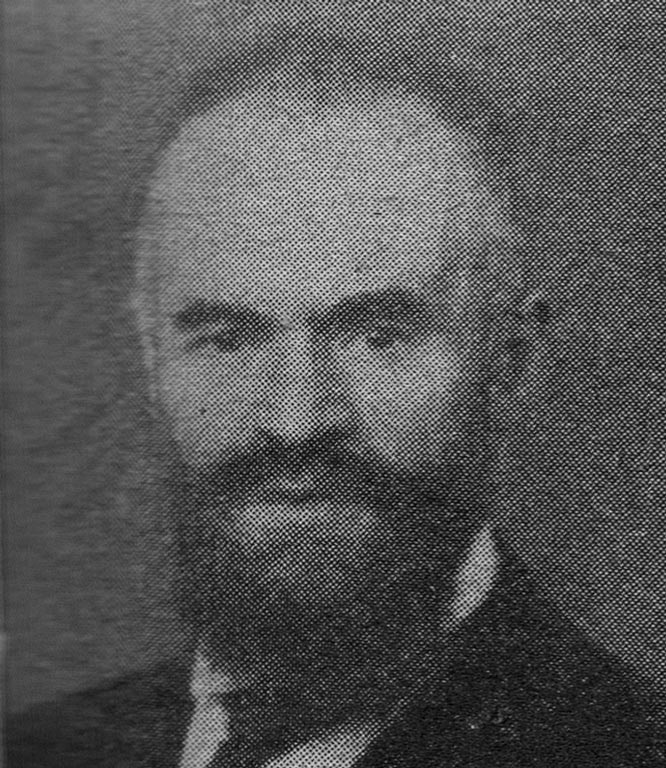 Otto Landsberg (4 December 1869 – 9 December 1957) was a Jewish lawyer and SDP member and later a Reichstag Deputy. He was a member of the revolutionary Council of the People's Deputies that took power during the German Revolution of 1918–19, and then served as Minister of Justice in the new Weimar Government in 1919. In that capacity, he also was one of the initial German delegation that went to Paris to receive the Allies' Treaty of Versailles.

Landsberg was born in Rybnick in Silesia to a Jewish family. His father was a medical doctor. After passing through senior school in 1887 in Ostrowo, he moved to Berlin to study law. In 1895, having passed the First (1890) and Second State Examination (1895), he opened a lawyer's office in Magdeburg and became a trial lawyer.[1]

In 1890 he joined the Marxist SDP and became a member of the Magdeburg city council from 1903 to 1909. After failing to get elected for Schwarzburg-Sondershausen in 1907, he succeeded in 1912 in becoming the Reichstag delegate for Magdeburg. Since there were no elections during World War I, he held the seat until 1918.[1]

Landsberg's numerous Reichstag speeches subsequently showed him to be a good speaker. During World War I, he supported the policies of the majority of the SDP parliamentary group, opposing Karl Liebknecht and Hugo Haase. After they had left the party fraction in 1916, Landsberg became more prominent since he was one of only a few lawyers remaining. He repeatedly demanded domestic reforms, including "democratisation" and changes to the election laws of Prussia and the Reich. On 23 October 1918, Landsberg became a member of the Fraktionsvorstand (leadership of the SDP Reichstag parliamentary group) and became a delegate to the Interfraktioneller Ausschuß where he argued for proportional representation, female suffrage and the democratisation of the Prussian bureaucracy.[1]

On 19 January 1919 in the German federal election Landsberg was elected to the Weimar National Assembly for Magdeburg and Anhalt. On February 11, Landsberg succeeded Paul von Krause as Secretary of State of the Reichsjustizamt and on February 13, became Minister of Justice in the cabinet of Philipp Scheidemann. This was short-lived when the government resigned, refusing to sign the acceptance of the Treaty of Versailles.[1] He subsequently moved his law practice to Berlin where he came into regular association with Bernhard Weiß and Robert Kempner.

As a member of the Weimar Republic's Reichstag from 1924 to 1933 Landsberg opposed an amnesty for those convicted of Feme murders, expressed regret about the state of political discourse and criticised what he called the bias that made many judges treat right-wing defendants more leniently than left-wing ones.[1]

In 1933 the SDP was banned and Landsberg and Weiß both fled to Czechoslovakia, and thereafter Landsberg went on to Belgium and to the Netherlands. Friends there concealed him during the German WWII occupation of that country. He remained in the Netherlands after the end of the war and died there in Baarn.[1]