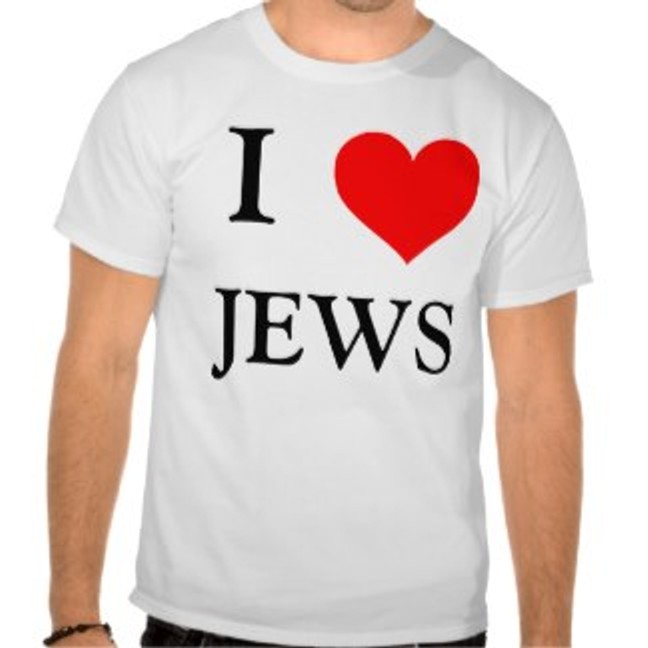 Judeophilia (also: Semitophilia or Semitomongery ), sometimes dubiously called Philosemitism, is a love and support for Jewishness and Jews , often with pathological features. There are similar terms for other groups such as anglophile. In some cases it may be related to religious views such as Christian Zionism or having Jewish relatives or Jewish ancestry.

A judeophile person acts very similar as a Jewish lackey. A Judeophile differs from a mere lackey primarily in motivation. The latter may simply be an oppurtunistic mercenary who is "going along to get along" with a power structure at a certain point in time, motivated by money and power and will change allegiance if different forces come to the fore. A Judeophile may propose "toleration" of Jews when they are not yet in power, motivated sometimes by allegedly theological reasons (certain strains of Puritanism), or being beholden to Jewish ideological movements (Kabbalistic Freemasonry and Jewish Bolshevism). Also the existence of Jewish relatives can be a motivation for Judeophilia.

A Semitophile person is time and again willing to sacrifice his own well-being or that of his own kind for the Jewish agenda. Everyone who is not willing to do that or criticizes anything Jewish is declared a anti-semite[1] and goy by those who suffer from the decease of Judeophilia. Judeophiles, similarly to Jewish lackeys, are often of Jewish origin themselves, but the Jewish strain is usually no more clearly identifiable according to the Nuremberg laws. Judeophiles often have Jewish spouses, like for example Richard von Coudenhove-Kalergi and Geert Wilders.