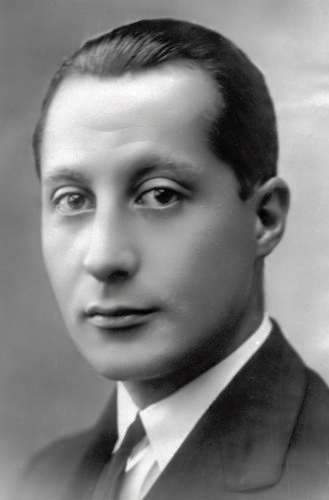 José Antonio Primo de Rivera, marqués de Estella (24 April 1903 - 20 November 1936) was the eldest son of Miguel Primo de Rivera (Prime Minister of Spain from 1923 to 1930) and the founder of the Falange. His articles and speeches influenced the ideology.

Imprisoned on 14 March 1936, long before the start of the Spanish Civil War on 17 July 1936, he was despite this accused of military insurrection, sentenced to death by a tribunal made up of leftist parties, and executed shortly after the start of the war.

Regarded as a martyr, he became revered by the Nationalists during and after the war.