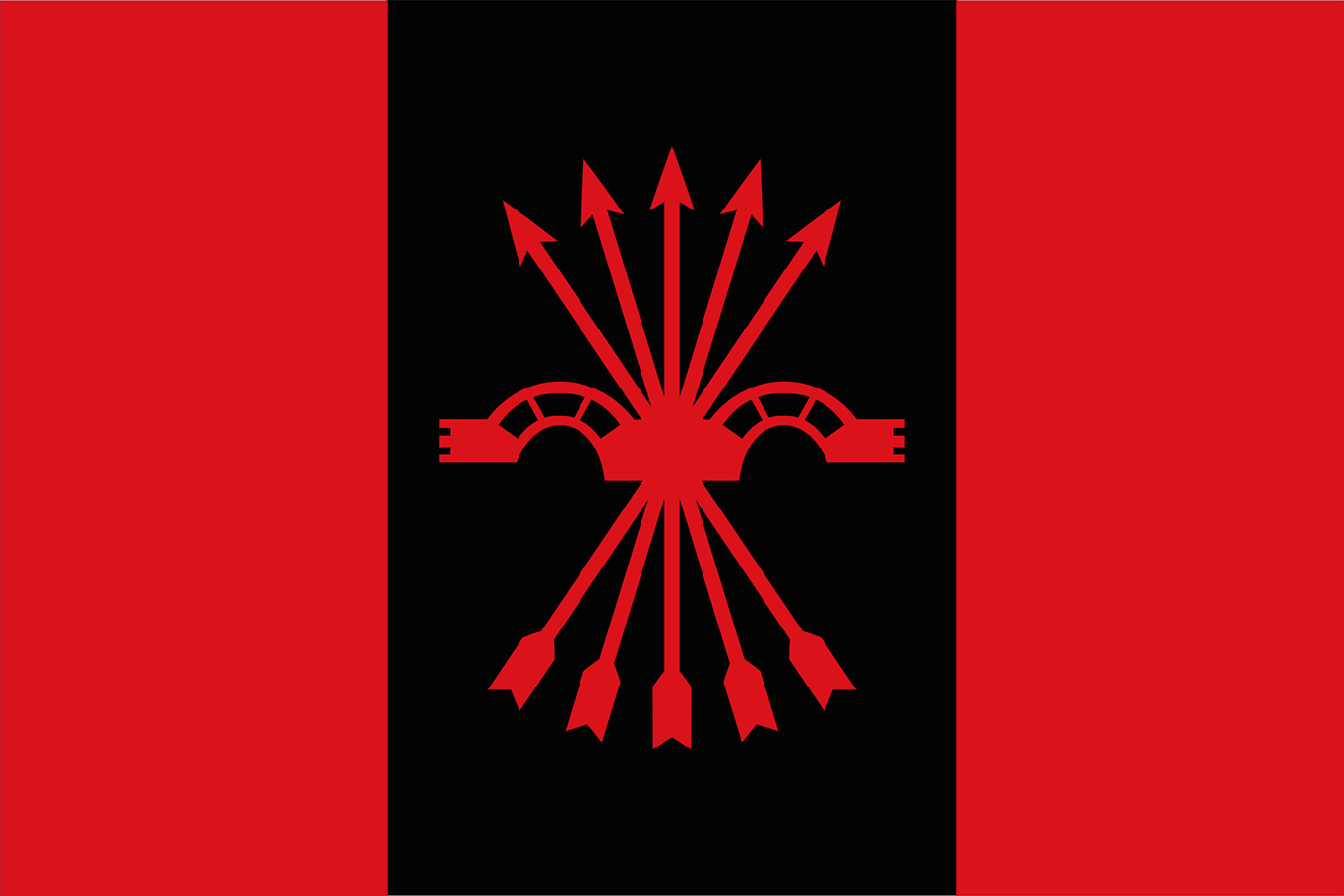 The Falange was a Spanish political organization founded by José Antonio Primo de Rivera in 1933 in opposition to the Second Spanish Republic. Originally a Fascist (broad sense) and National Syndicalist political party, it became a wide-ranging nationalist coalition, closely controlled by Francisco Franco. 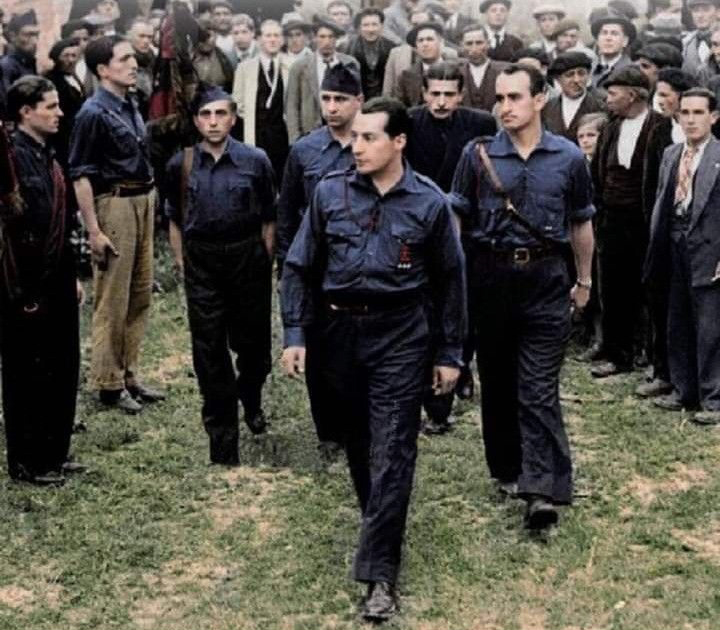 The Falange was republican and revolutionary in character and had both modernist and elitist features. Many similarities existed with Italian fascism, and like many other similar political groups during the interwar period, the Falangists wore uniforms (blue shirts) and their aesthetic was militant and nationalistic.

The ideology of the Spanish Falangists went by the name of National Syndicalism, and according to this a corporatist state was to be built up where class cooperation replaced the class struggle. The Falange was strongly nationalistic and therefore resolutely opposed various separatist endeavors within Spain's borders.

The Falangists aimed to carry out a national revolution and were one of the groups that were against the left-wing government in the tense years before the Spanish Civil War broke out. The left-wing regime exercised a brutal political repression against the Falangists and one of those who was imprisoned and executed was José Antonio Primo de Rivera, who after became a national martyr.

After the Civil War

The Falange was the sole legal party in Spain after Francisco Franco ousted the Soviet-aligned Popular Front government in the Spanish Civil War. The regime of Francisco Franco, which outlasted World War II, is usually not considered to have been fascist or to have changed into a non-fascist regime.

After 1975, when Spain transformed into a liberal democracy, the Falange lost power. In addition, this splintered the Falange, with several groups claiming the Falangist name.