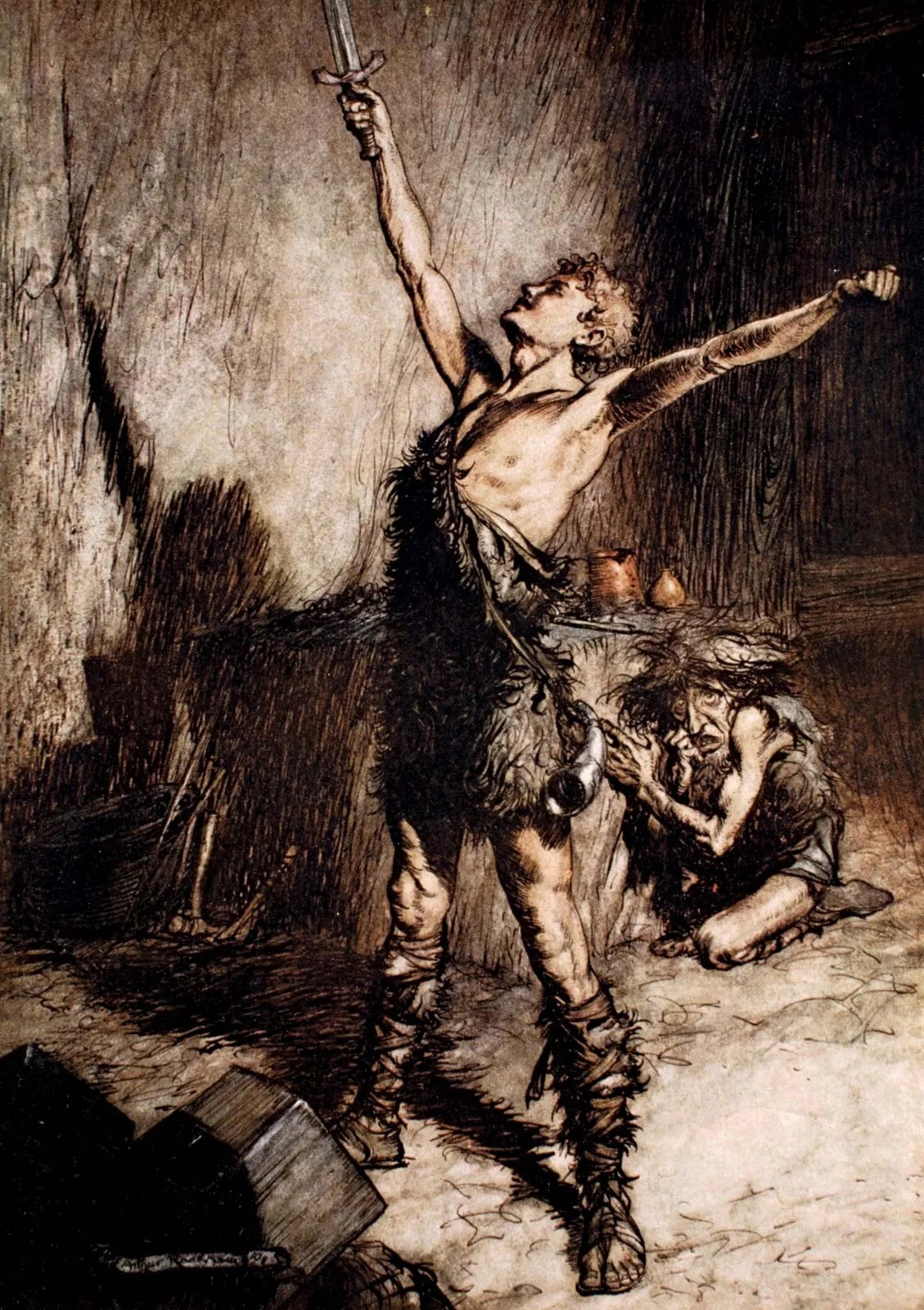 Folklore, in some modern usage, is an academic discipline the subject matter of which (also called folklore) comprises the sum total of traditionally derived and orally or imitatively transmitted literature, material culture, and custom of subcultures within predominantly literate and technologically advanced societies. Comparable studies of wholly or mainly non-literate societies belong to ethnology and anthropology.[1] In popular usage, the term may refer to the oral literature tradition.[1] Related terms are folk literature, oral tradition, and orality. Folk music is a type of traditional and generally oral and rural music. There are also derived, newer forms of music that may be referred to as contemporary folk music or folk revival music. Folk religion may refer to the religious aspects of folklore, such as folk paganism. It may also be similar in meaning to "popular religion" or "vernacular religion", somewhat outside of the official doctrine and practices of one or several religions, such as folk Christianity or syncretic mixtures of the official doctrines and practices of several religions.

Folklore is the culture of a people (Anglo-Saxon: Folk; German: Volk), including stories, music, dance, legends, oral history, proverbs, jokes, popular beliefs, customs and so forth within a particular population comprising the traditions (including oral traditions) of that culture, subculture, or group. It is also the set of practices through which those expressive genres are shared. The academic and usually ethnographic study of folklore is sometimes called folkloristics. The word 'folklore' was first used by the English antiquarian William Thoms in a letter published by the London Journal Athenaeum in 1846.[2] In usage, there is a continuum between folklore and mythology. Stith Thompson made a major attempt to index the motifs of both folklore and mythology, providing an outline into which new motifs can be placed, and scholars can keep track of all older motifs.

Folklore (German: Volkstum) can be divided into four areas of study: artifact (such as voodoo dolls), describable and transmissible entity (oral tradition), culture, and behavior (rituals). These areas do not stand alone, however, as often a particular item or element may fit into more than one of these areas.[3]

Folklore as describable and transmissible entity

Folklore can contain religious or mythic elements, it equally concerns itself with the sometimes mundane traditions of everyday life. Folklore frequently ties the practical and the esoteric into one narrative package. It has often been conflated with mythology, and vice versa, because it has been assumed that any figurative story that does not pertain to the dominant beliefs of the time is not of the same status as those dominant beliefs.[citation needed] Thus, Roman religion is called "myth" by Christians. In that way, both "myth" and "folklore" have become catch-all terms for all figurative narratives which do not correspond with the dominant belief structure.

Sometimes "folklore" is religious in nature, like the tales of the Welsh Mabinogion or those found in Icelandic skaldic poetry. Many of the tales in the Golden Legend of Jacob de Voragine also embody folklore elements in a Christian context, as well as the tales of Old Mr. Brennan. Examples of such Christian mythology are the themes woven round Saint George or Saint Christopher. In this case, the term "folklore" is being used in a pejorative sense. That is, while the tales of Odin the Wanderer have a religious value to the Norse who composed the stories, because it does not fit into a Christian configuration it is not considered "religious" by Christians who may instead refer to it as "folklore."

"Folktales" is a general term for different varieties of traditional narrative. The telling of stories appears to be a cultural universal, common to basic and complex societies alike. Even the forms folktales take are certainly similar from culture to culture, and comparative studies of themes and narrative ways have been successful in showing these relationships. Also it is considered to be an oral tale to be told for everybody.

On the other hand, folklore can be used to accurately describe a figurative narrative, which has no sacred or religious content. In the Jungian view, which is but one method of analysis, it may instead pertain to unconscious psychological patterns, instincts or archetypes of the mind. This may or may not have components of the fantastic (such as magic, ethereal beings or the personification of inanimate objects). These folktales may or may not emerge from a religious tradition, but nevertheless speak to deep psychological issues. The familiar folktale, "Hansel and Gretel," is an example of this fine line. The manifest purpose of the tale may primarily be one of mundane instruction regarding forest safety or secondarily a cautionary tale about the dangers of famine to large families, but its latent meaning may evoke a strong emotional response due to the widely understood themes and motifs such as “The Terrible Mother”, “Death,” and “Atonement with the Father.”

There can be both a moral and psychological scope to the work, as well as entertainment value, depending upon the nature of the teller, the style of the telling, the ages of the audience members, and the overall context of the performance. Folklorists generally resist universal interpretations of narratives and, wherever possible, analyze oral versions of tellings in specific contexts, rather than print sources, which often show the work or bias of the writer or editor.

Contemporary narratives common in the Western world include the urban legend. There are many forms of folklore that are so common, however, that most people do not realize they are folklore, such as riddles, children's rhymes and ghost stories, rumors (including conspiracy theories), gossip, ethnic stereotypes, and holiday customs and life-cycle rituals. UFO abduction narratives can be seen, in some sense, to refigure the tales of pre-Christian Europe, or even such tales in the Bible as the Ascent of Elijah to heaven. Adrienne Mayor, in introducing a bibliography on the topic, noted that most modern folklorists are largely unaware of classical parallels and precedents, in materials that are only partly represented by the familiar designation Aesopica: "Ancient Greek and Roman literature contains rich troves of folklore and popular beliefs, many of which have counterparts in modern contemporary legends" (Such as Mayor, 2000).

Vladimir Propp's classic study Morphology of the Folktale (1928) became the basis of research into the structure of folklore texts. Propp discovered a uniform structure in Russian fairy tales. His book has been translated into English, Italian, Polish and other languages. The English translation was issued in USA in 1958, some 30 years after the publication of the original. It was met by approving reviews and significantly influenced later research on folklore and, more generally, structural semantics.Though his work was based on syntagmatic structure, it gave the scope to understand the structure of folktale where he discovered thirty one function of folktale[4]

Elements such as dolls, decorative items used in religious rituals, hand-built houses and barns[5], and handmade clothing and other crafts are considered to be folk artifacts, grouped within the field as "material culture." Additionally, figures that depict characters from folklore, such as statues of the three wise monkeys may be considered to be folklore artifacts, depending on how they are used within a culture.[6] The operative definition would depend on whether the artifacts are used and appreciated within the same community in which they are made, and whether they follow a community aesthetic.

Folklorist William Bascom states that folklore has many cultural aspects, such as allowing for escape from societal consequences. In addition, folklore can also serve to validate a culture (romantic nationalism), as well as transmit a culture's morals and values. Folklore can also be the root of many cultural types of music. Folk, country, blues, and bluegrass all originate from American folklore. Examples of artists which have used folklore to produce beautiful music would be: Bill Monroe, Flatt and Scruggs, Old Crow Medicine Show, Jim Croce, and many others. Folklore can also be used to assert social pressures, or relieve them, in the case of humor and carnival.

Many rituals can sometimes be considered folklore, whether formalized in a cultural or religious system (e.g. weddings, baptisms, harvest festivals) or practiced within a family or secular context. For example, in certain parts of the United States (as well as other countries) one places a knife, or a pair of scissors, under the mattress to "cut the birth pains" after giving birth. Additionally, children's counting-out games can be defined as behavioral folklore.[7]