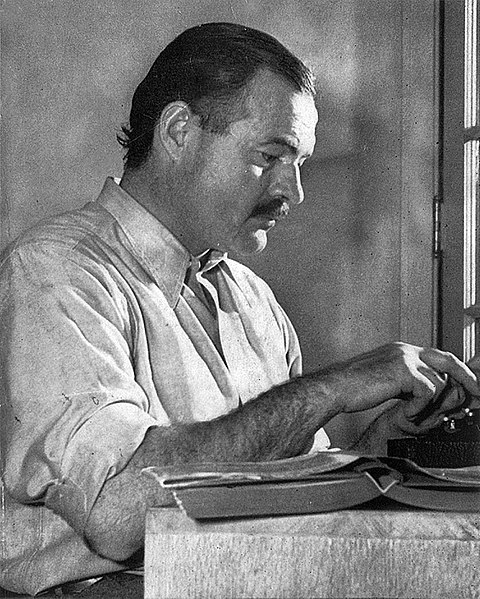 Ernest Miller Hemingway (21 July 1899 – 2 July 1961) was an American novelist and short-story writer, who had a strong influence on 20th-century fiction. He is also known for his adventurous and widely publicized life.

He was an anti-fascist who famously wrote on the Spanish Civil War.

Possibly because of this, leftist Wikipedia downplays or ignores many criticisms, such as accusations of being a Soviet agent and of boasting of killing many Germans during WWII while being a war correspondent, which would be war crimes. Even recent accusations of anti-Semitism and "toxic masculinity" are mostly ignored. See the "External links" section.