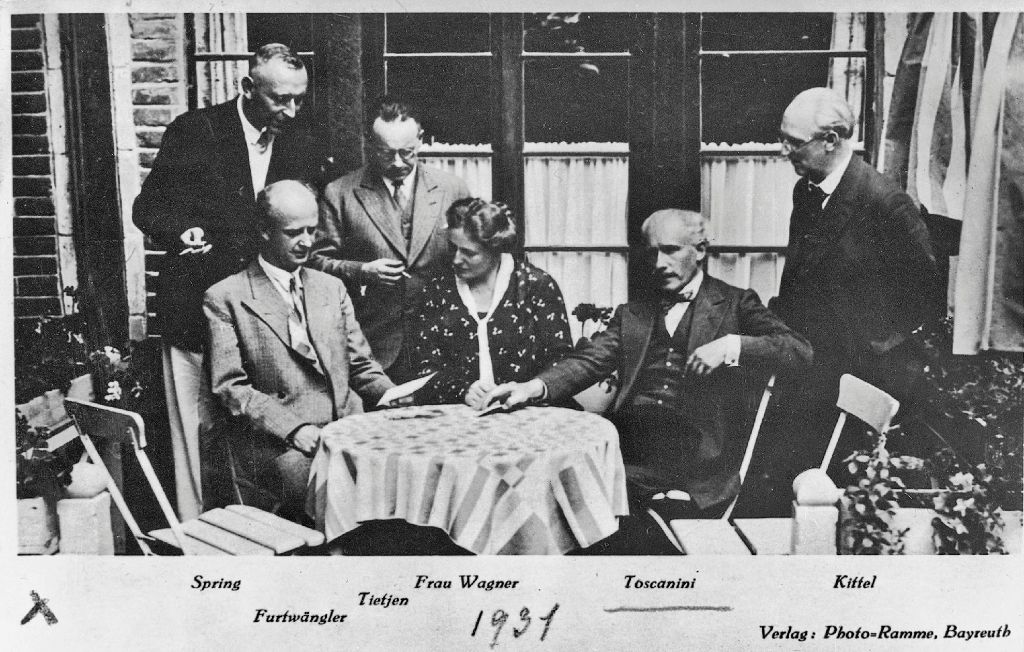 The Bayreuth Festival in 1931. L to R: Alexander Spring (manager and one of the pall-bearers at the funeral of Siegfried Wagner), Wilhelm Furtwangler, Heinz Tietjen, Winifred Wagner, Arturo Toscanini and Carl Kittel. 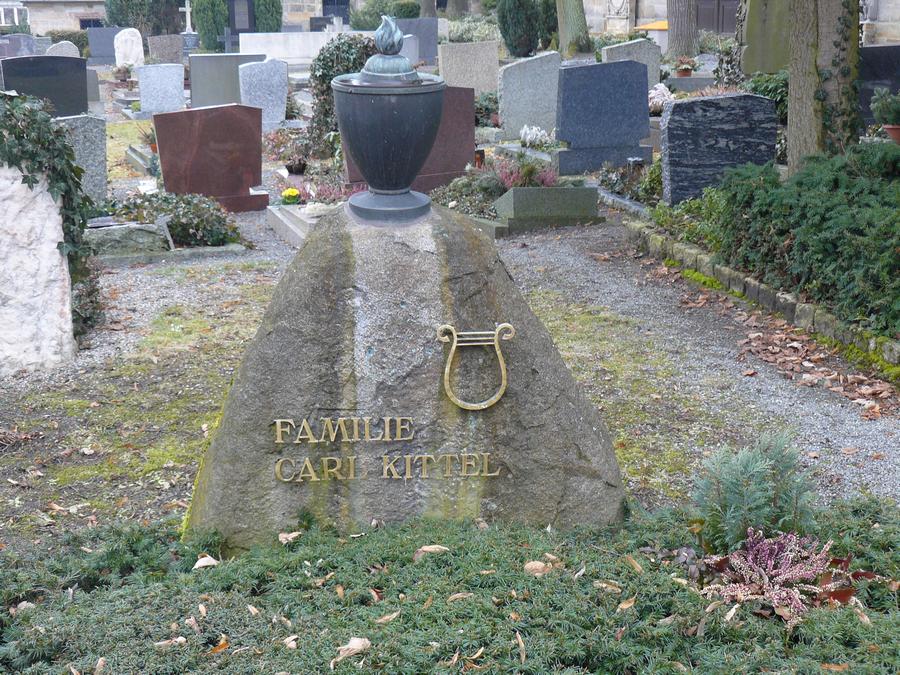 Carl Kittel (20 Sept 1874, Vienna - 8 Sept 1945, Schwerin, Mecklenburg-Vorpommern) was a very modest and today rather forgotten Austrian conductor and composer whose accumulated compositions were lost when the USAAF outrageously terror-bombed Bayreuth in the last weeks of World War II. He was a friend of Siegfried Wagner, whose compositions he performed.

Carl Kittel studied in Vienna and first worked as the director of the choirs in Graz (1891-1901) and Hamburg (1901-1904). Cosima Wagner (née Liszt) asked him to come to Bayreuth, and in 1912 he succeeded Julius Kniese as the leader of the musical preparations for the Festspiele in Bayreuth. He became a professor at the Lyceum in Bayreuth and was involved with the Festspiele until his death. The last year of his life he lived with his daughter Herma in Schwerin.

He is buried next to Franz Liszt in the municipal cemetery of Bayreuth.