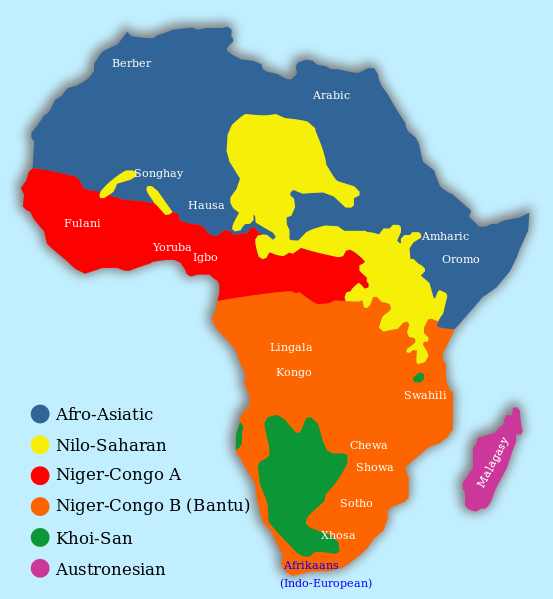 Map of African language families, showing the result of the Bantu expansion.

The Bantu expansion refers to a population expansion/conquest/colonialism by Bantu speakers from West Africa-Central Africa to across much of Sub-Saharan Africa. It started around 1000 BC, with somewhat disputed ending dates, apparently ending when reaching areas inhospitable to agriculture, such as Southwest Africa.

The Bantu-speaking settlers used technologies such agriculture and iron (weapons). They absorbed, displaced, enslaved, and/or killed pre-existing and in comparison less technologically advanced hunter-gatherer and pastoralist groups that they encountered, such as the Khoisan and the African Pygmies.

The Bantu expansion is one example of frequent double standards regarding topics such as expansionism and colonialism. Often, only European such are mentioned.